Monday Night Raw has arrived! This week, Raw takes place live from Pechanga Arena in San Diego, California. The first edition of the red brand since Saturday’s polarizing SummerSlam event, which saw the return of both Becky Lynch and Brock Lesnar. The landscape of the Raw brand changed at the event; with Charlotte Flair capturing the Raw Women’s Championship (again), Damian Priest winning the United States Championship and RK-Bro (Randy Orton and Riddle) capturing the Raw Tag Team Championships. With all that being said, what’s in store for tonight’s Raw? With YouTube star and professional boxer, Logan Paul, coming to Raw, we should dive in and find out. 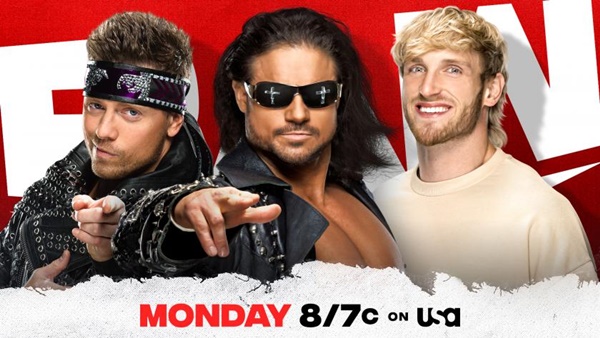 Well, if Logan Paul is going to come to Raw, it would make sense for him to come to a talk show dubbed “Moist TV”. John Morrison, the show’s host, shares the same kind of frat boy, “bro” humor and, therefore, it makes sense. With his brother, Jake Paul, scheduled to be fighting soon, against Tyron Woodley on August 29, Logan will likely be on Raw to promote the fight. Logan Paul is, of course, a social media “influencer” who has a large online presence and with his boxing ventures, he has become something of a mainstream attraction. So Raw will no doubt welcome the traction he brings. That’s all that needs to be said about this segment. Oh, and The Miz will be there. 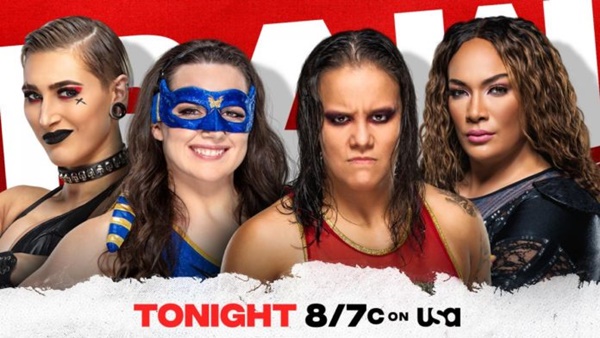 The only match currently announced for Raw. Having both been Raw Women’s Champions in recent months, Nikki A.S.H. and Rhea Ripley now find themselves in tag team purgatory. At least for one night, anyway. Perennial tag team purgatory dwellers, Shayna Baszler and Nia Jax, are their opponents this week. At SummerSlam, Nikki dropped the Raw Women’s Championship to Charlotte Flair. During the match, and her entrance, Nikki was actually booed by corners of the WWE universe; her superhero character already growing stale. She and Rhea, especially, are special talents who, if booked correctly, can be main players on Raw. Putting them in a tag team isn’t the worst thing in the world, but they are capable of more. Expect a short match with a lot of outside interference. 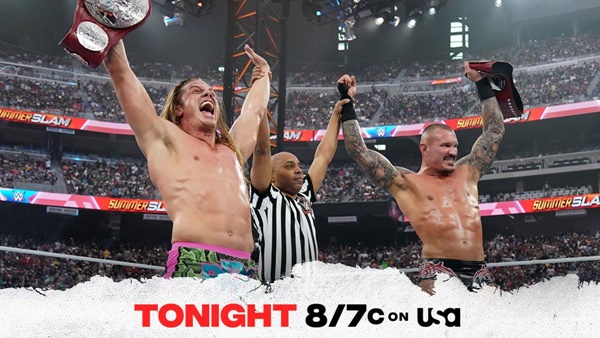 Rated RK-Bro captured the Raw Tag Team Championships from AJ Styles & Omos at SummerSlam. Rightfully so, too, as Riddle and Randy Orton have become one of the few highlights of Raw in recent months. Randy Orton works tremendously well as the comedic straight man to Riddle’s goof ball; making the new Raw Tag Team Champions something of a pro wrestling equivalent to Martin & Lewis. If they can keep up the momentum before the inevitable breakup, this team will be remembered in a similar vein to Team Hell No (Daniel Bryan and Kane), who were brilliant together in the early 2010s. Tonight, they celebrate their victory. Expect some usual tension, teases of a turn and the beginnings of their next feud.