Something is going to happen on this week’s episode of Friday Night SmackDown, which takes place tonight in Phoenix, Arizona. Unfortunately, we can not say with complete confidence and certainty what is going to happen. With so much being made of tonight’s episode of AEW Rampage, which is widely spectated to host CM Punk‘s return to professional wrestling, it is rather bizarre that WWE have opted not to promote a stacked SmackDown. Additionally, SummerSlam is tomorrow night, so this is the go-home edition of SmackDown and we don’t know anything! Therefore, this preview will serve as a prediction of some bigger segments we can expect to see. Let’s dive in. 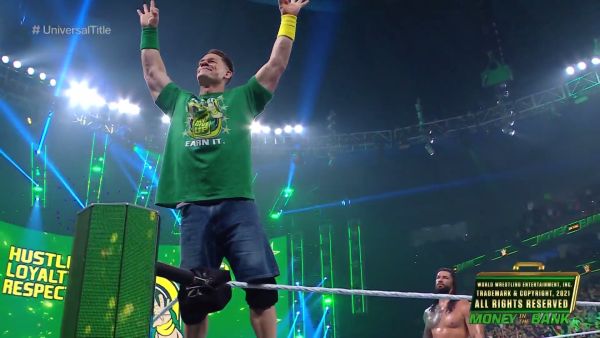 This one is obvious. Roman Reigns and John Cena are almost certain to meet one more time in advance of SummerSlam. Given SummerSlam is tomorrow night, tonight is the only night they can do it. They have been involved in this feud for weeks now and whereas they have repeatedly traded shots at each other, it hasn’t (yet) become physical. In a way, it has been a relatively friendly, tame rivalry. No Uso attacks, no Roman cheap shots, nothing. That might change tonight but, then again, it might not. Finn Balor is also, quite weirdly, involved in this feud – as he was robbed of his Universal Championship match against Reigns by the increasingly desperate Baron Corbin and John Cena. Is it possible he gets involved in the story tonight? Tune in to find out.

What Else to Expect?

– Final showdown between Sasha Banks and Bianca Belair, ahead of their SmackDown Women’s Championship match at SummerSlam. The contract is signed, the match is made and there is no doubt that Bianca will want to enact some sweet revenge on Sasha for her recent attacks. Expect one last physical confrontation tonight.

– Baron Corbin has stolen Big E‘s hard-earned Money in the Bank briefcase. Will he retrieve it tonight? Maybe. A match for the briefcase at SummerSlam may well be on the horizon.

– King Nakamura is now the Intercontinental Champion. Whereas compulsory rematch clauses were done away with a couple of years ago, Apollo Crews will be seeking a rematch opportunity against the “One True King” of the WWE.

– Edge and Seth Rollins are embroiled in a heated rivalry, with Rollins promising to end Edge’s career by re-injuring his neck. Edge wants revenge on Rollins for not only crushing his Universal Championship dream, but for also making a mockery of Edge’s career and Edge as a man. It is personal, it is fiery and tonight will serve as one last confrontation before SummerSlam.

Greatest Matches in SmackDown History: Eddie Guerrero vs Edge (9/26/02)
Best in the World: What to Expect from CM Punk in AEW