IMPACT Wrestling returns to IMPACT Plus for the 2021 edition of Emergence. The card will feature the newly crowned IMPACT Champion Christian Cage as he takes on Brian Myers in the main event. The action will start at 7 PM EST on the IMPACT Plus streaming service. Let’s see what IMPACT Emergence 2021 has in store. 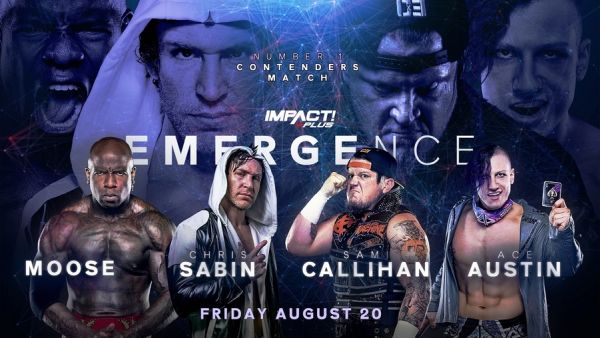 The winner of Christian Cage and Brian Myers will not have to wait long to find their next opponent will be. Sami Callihan, Moose, Ace Austin, and Chris Sabin will square off in a fatal four-way match at Emergence. The winner will walk out of the 2021 edition of Emergence the number one contender for the IMPACT World title. Callihan and Moose both unsuccessfully challenged Omega for the belt at Slammiversary and Against All Odds respectively. 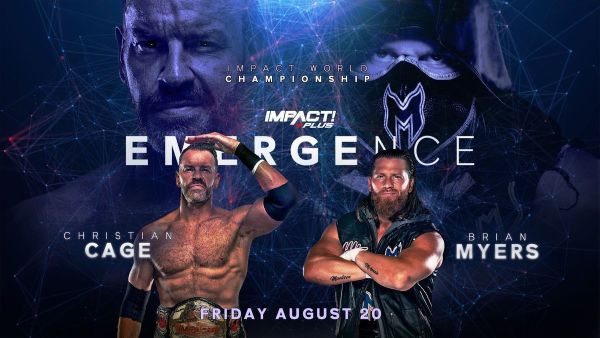 Christian Cage shocked Kenny Omega when he defeated “The Best Bout Machine” for the IMPACT World Title. The match was the first-ever match on AEW Rampageand was made just two days prior on Dynamite. Cage now returns to IMPACT where he was a regular performer from 2005-2008 to defend the belt. Cage is a former two-time NWA World Heavyweight Champion from his previous time with IMPACT. He faces Brian Myers, who became the number one contender after winning the Number One Contenders Battle Royal on IMPACT a couple of weeks ago.

The two did not waste any time getting acquainted as Myers and Sam Beale interrupted Cage yesterday on IMPACT as he returned to the IMPACT Zone for the first time since his one-night appearance in 2012. Cage came out to the ring to retire the TNA World Heavyweight title, making the IMPACT World title the standalone major championship in the promotion. Myers and Beale interrupted Cage, adding fuel to the fire for their match at Emergence. Will Cage retain the title, or will Myers shock the world the same way Cage did just a week ago on Rampage?