NXT as we know it may be coming to an end in the near future as it reverts back to its original form. That being said, there is still NXT TakeOver: 36 coming this Sunday. That means that for at least this week, it’s full force ahead as it will be a mini-TakeOver Tuesday night with two title matches set and a tournament match to boot. Here’s the WWE NXT card preview for Tuesday.

When getting down to business, there may not be a better match when it comes to pure professional wrestling ability this entire weekend than this match right here. KUSHIDA and Roderick Strong have been destined to face each other for a number of weeks now. They will get that chance Tuesday. Their only televised match in any compacity came back in 2015 at ROH/NJPW’s War of the Worlds. In that one, it was Strong who walked out victorious. It has been six years since that battle which means that plenty has changed. KUSHIDA has elevated the NXT Cruiserweight Championship to levels that only someone like Neville has done, so facing off with Strong in what could be the main event feels like something special. These two, if given the time, should put on a show. 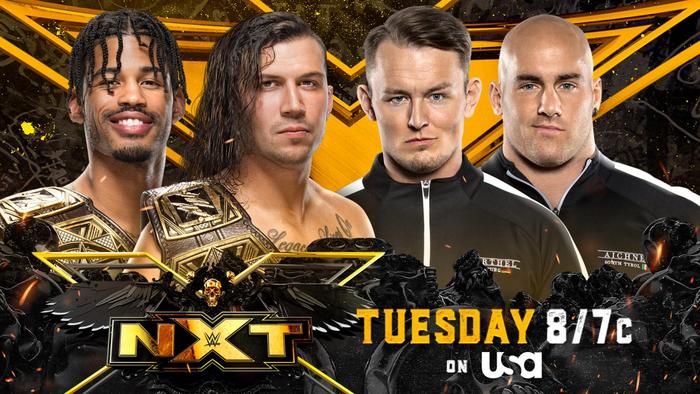 MSK will defend the NXT Tag Team Championship against former champions, Imperium. MSK and Imperium have vastly different views on life as MSK likes to have fun while Imperium pushes forth their ideas of respect and honor at all times. Whatever their differences may be in philosophy, these two teams should have a great showing in this first-ever match. Expect MSK to escape with their titles in this one. 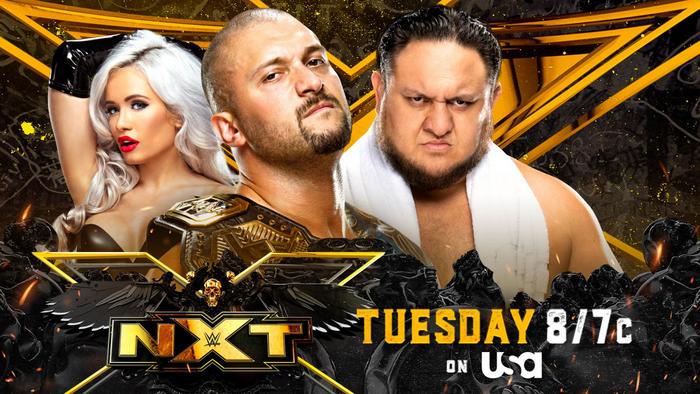 The NXT Championship will be on the line this Sunday night, but Karrion Kross and Samoa Joe have one more chance to send some insults each other way to try and provoke the other. Kross, despite two losses on Monday Night Raw, still remains undefeated in NXT and very well could be in trouble at the hands of the two-time NXT Champion. These two are going to do everything in their power to get under each other’s skin to make the other one crack. 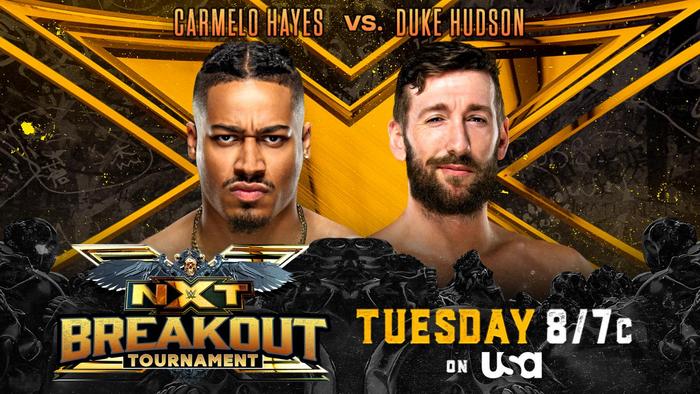 If there was any better chance to make a star as soon as possible, this would be it for NXT. The NXT Breakout Tournament has served its purpose thus far with Odyssey Jones making it to the finals despite little knowledge about him for NXT fans. He has managed to still become a favorite and a true future star for the brand. But who will face him is the next question. Carmelo Hayes takes on Duke Hudson in the semi-finals with a chance to get to face Jones in the finals. Hayes has felt like a big deal since the moment he walked in. Going toe-to-toe with KUSHIDA and Adam Cole in your first two outings is no small accomplishment which is why it makes sense for Hayes to win this match over Hudson.