Monday Night Raw has arrived! As is the norm with WWE television, only two segments have been announced in advanced of this episode. Also in typical WWE fashion, none of the announced segments are actual matches. Expect a run down of the two segments we have, as well as a short preview of segments/matches which are likely to happen. Tonight’s Raw Preview has segments involving Bobby Lashley and Charlotte Flair. Let’s dive in! 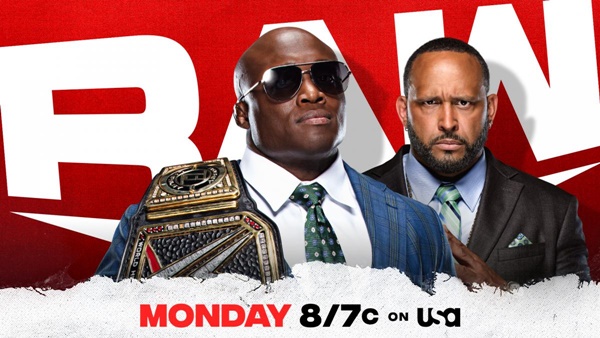 Bobby Lashley will be in the ring tonight to address his upcoming WWE Championship match against Goldberg, which is penciled in for this coming SummerSlam. Lashley’s agent, MVP, does a fine job of promoting his star- he is his mouthpiece, his representative and, presumably, his friend. Despite how great MVP is in his role, who on earth is Goldberg’s agent to keep securing him all of these title opportunities? One must wonder if the rest of the roster are trying to get hold of this mystery person, because Goldberg really should not be in contention for a championship match simply by existing as Goldberg. Regardless, the match between these two explosive behemoths will, indeed, take place at SummerSlam. Goldberg is not advertised to appear tonight, so don’t expect a brawl between them both – at least not tonight.

Many suspected that, once Nikki Cross became Nikki A.S.H., her WWE career was finished. Instead, she has shocked most in winning the women’s Money in the Bank ladder match and then, soon after, becoming Raw Women’s Champion. Last week, she overcame Charlotte Flair in a No Holds Barred match to retain her championship and tonight, Charlotte will address her loss to the “Almost a Super Hero”. What will this segment have in store? It is currently unsure, but it will no doubt lead us closer to understanding who the Raw Women’s Championship match at SummerSlam will include.

Not Announced But Expected For Monday Night Raw

– John Cena is advertised to appear but it is not fully confirmed. If he does, expect him to address SmackDown’s Roman Reigns and Finn Balor.

– Randy Orton is locally advertised to tag with Riddle in the dark main event, so it is possible he might return to Riddle’s aid tonight.

– Expect the storyline between Drew McIntyre and Jinder Mahal to continue.