After his recent release from the WWE, Bray Wyatt (Windham Rotunda) has been remembered worldwide for his incredible matches and creative mindset. Over a decade of his remarkable wrestling performance has left fans with a ton of fond memories. From being the terrifying leader of The Wyatt Family to a freakish, supernatural Fiend; and from being the WWE Champion to a two-time Universal Champion, Rotunda indeed has done it all. As we wish him luck for his future ventures, let’s look at Bray Wyatt’s most memorable moments in WWE.

Bray Wyatt’s first impression that lured the WWE Universe was that of the dreaded leader of The Wyatt Family. With Luke Harper as his first “son” and Erick Rowan as the second, the original Wyatt Family stood high over the battered bodies of several wrestlers. Menacing lamb masks on their faces and the spooky entrance vignette made the faction look all the more terrifying. Later, when Wyatt enlisted Braun Strowman into the faction, fans couldn’t control their elation over the potential of The Wyatt Family.

Did we mention that The Wyatt Family laid out a line of wrestlers? Kane, R-Truth, Justin Gabriel, 3MB, Kofi Kingston, Daniel Bryan, John Cena, Brock Lesnar, and The Shield – all fell victim to the wrath of the Wyatts. Enthralling moments inside steel cages, handicap matches, the Elimination Chamber, and many more matchups founded the legacy of Wyatt’s iconic faction. These were among Bray Wyatt’s most memorable moments in WWE.

The Rivalry With Daniel Bryan

For a faction that was booming with big muscles like Wyatt, Harper, and Rowan, Daniel Bryan seemed to be a decent option. Though “The American Dragon” would never be turned on by his fans (who looked up to him as their hero), Bryan reluctantly had to join the Wyatt Family. Just two weeks later, Daniel Bryan betrayed Wyatt and turned on him inside a steel cage.

Although Bryan became the biggest face of the company, he had incurred upon himself the wrath of Bray Wyatt. At Royal Rumble 2014, he would face the latter in one of the most competitive matches of his career. Wyatt emerged victorious in the surprising bout and clearly defined his feud with Bryan as an A-Grade storyline, wrapped in twists and turns. 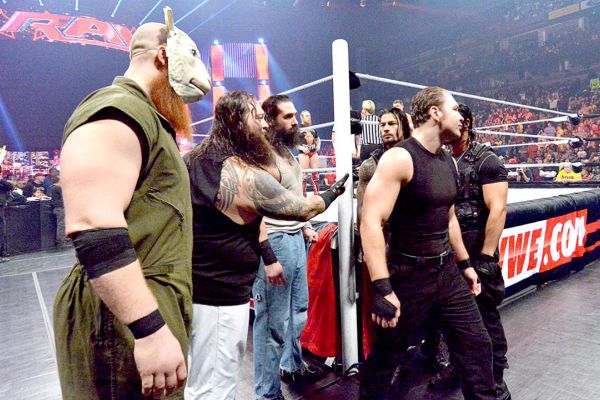 Elimination Chamber 2014 witnessed a spectacle–influenced by a ruthless Wyatt Family–that forced the world to marvel over the legacy of two factions. While “The Hounds of Justice” were brewing with a sense of breakthrough, the trio of Bray Wyatt, the late Luke Harper, and Erick Rowan fought a menacingly brutal match. An electric atmosphere infused the Target Center arena as the six men delivered an exploding match.

As much as The Shield’s epic run throughout this matchup mattered, Wyatt’s stunning display of authority and astuteness commanded their opponents into dominance. Wyatt added the finishing touch–which came after a dynamic battle of styles–in the form of a skull-crushing Sister Abigail. The encounters between the two factions are among Bray Wyatt’s most memorable moments in WWE.

The Feud With Cena

Despite losing the rivalry to Cena, the Wyatt Family leader turned the crowds in his favor. He displayed himself as an exceptional main-eventer and future champion to the WWE Universe. After all, equaling the star power of Cena turned him into a finer wrestler, with convincing mic skills and unmatched creativity. 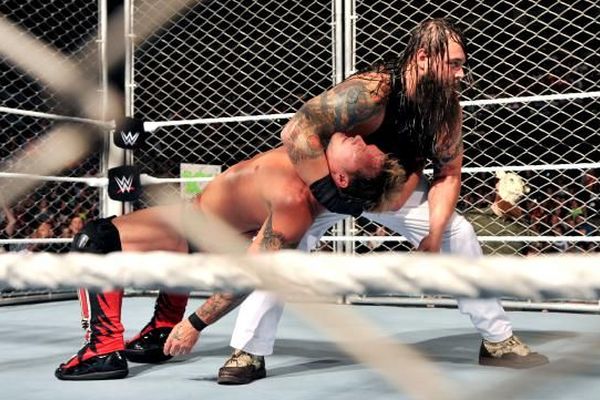 Chris Jericho is known for his talent of putting younger wrestlers over. Just as the true ring general he is, Bray Wyatt received no different treatment. At SummerSlam 2014, Jericho was slated to have his revenge against Bray, after the Wyatt Family ruined his return a few weeks ago. With Harper and Rowan banned from the ringside, Wyatt pulled out all stops to win the match on his own.

A red-hot Jericho got his hands full again as they faced off in a Steel Cage Match on the September 8 edition of Raw. Wyatt’s arsenal of moves was nearly exhausted in front of a determined Jericho. After an epic war of pay-per-view quality, Wyatt slipped out of the cage door–victorious as can be. For those who watched this thing of beauty, Bray Wyatt had, in fact, fought one of the best matches of his career.

Before Elimination Chamber 2017, Wyatt had already won the SmackDown Tag Team Championship. What was remaining to be achieved was a singles title, and that too a world championship. At the aforementioned event, defending champion John Cena was to battle his way through five competitors in order to remain undefeated. Intercontinental Champion Dean Ambrose, Baron Corbin, The Miz, AJ Styles, and Bray Wyatt were the five men raving for the WWE Championship.

The build-up to this main event turned Wyatt into a solid contender for the title. When he pinned Cena down for the count, the only obstacle in his path was Styles. However, it wasn’t long before he countered the Phenomenal Forearm into Sister Abigail and sealed the deal. The arena erupted in cheers as Wyatt lifted his first-ever world title above his head.

In early 2018, Wyatt’s “Eater of Worlds” gimmick was up for a change. For his transformation, he got into a feud with Matt Hardy. Well, not just Matt Hardy–but a “Woken” Matt Hardy. After having lost a couple of matches to Wyatt, Hardy brought in his “Woken” persona to “DELETE” Wyatt from existence. This deletion took place in one of the most entertaining and anticipated matches of the year, The Ultimate Deletion.

From the moment Wyatt entered through the gates of the Hardy Compound, action and cinematic sequences followed, most of which were courtesy of Hardy’s creativity. These two stars proved that a cinematic match can still be a major hit in the world of wrestling, leading to similar future matchups and interests in this sphere of fighting. The Ultimate Deletion is a pivotal point in Wyatt’s career as it provided him with an opportunity for gimmick change. It also stands among Bray Wyatt’s most memorable moments in WWE.

With a hiatus from the ring for almost a year, Wyatt’s return kicked off. April 2019 presented various vignettes and promos to the WWE Universe, along with an uncanny children’s show called Firefly Fun House. The host–Wyatt himself–portrayed a leaner, sinister character surrounded by several bizarre puppets. His segments included him destroying a cutout of his old character with a chainsaw, interacting freakishly with the puppets, painting pictures depicting his previous feuds, and introducing a masked, demonic persona of himself, known as “The Fiend.”

Fans critically acclaimed these segments, which helped Wyatt in building the background for his new persona. The surreal appearance of “The Fiend” appealed to many, and there’s no doubt that the world will remember Wyatt by these acts as they were a part of his last tapings for the company.

The Emergence of “The Fiend”

The July 15 episode of Raw brought with it the petrifying debut of “The Fiend”. Attacking Wyatt’s previous rival Finn Bálor, he established his superiority as a heel. At SummerSlam 2019 – in his debut match – “The Fiend” defeated Balor in a matter of minutes, thus proving his dominance. Over the next few weeks, “The Fiend” attacked several WWE Legends, including Mick Foley, Kurt Angle, Kane, and Jerry Lawler with his version of the Mandible Claw.

Wyatt claimed “The Fiend” was the “Protector” and one should always let him lead the way. His new entrance song came across as a chilling single by Code Orange called Let Me In. Having launched a reign of terror through his surprise attacks and eerie atmosphere, Wyatt’s “Fiend” finally set his eyes on the big prize. Consequently, a rivalry initiated between him and the Universal Champion Seth Rollins, resulting in the latter losing his championship in a Falls Count Anywhere Match at Crown Jewel. Wyatt ultimately did the unbelievable and held the Universal Championship around his waist just over a year after his old persona was giving way.

Being the Universal Champion, “The Fiend” began several remarkable feuds with the likes of Daniel Bryan, Goldberg, The Miz and Braun Strowman. Moreover, the aura and panic that “The Fiend” brought with him never failed to draw the attention of the WWE Universe. Red lights glooming inside the arena, a triggering screech deafening us all, and the very figure of Bray Wyatt wearing the demonic mask–it was a complete package of pure creativity and imagination.

Although it wasn’t completely justifiable for Wyatt to lose the Championship to Goldberg at Super ShowDown, that “The Fiend” reemerged to win the Championship twice is what makes him invincible. We can see another evidence of his applaudable work throughout his feud against Cena at WrestleMania 36. A cinematic match that served through the history of the two greatest stars of WWE can hardly be paralleled.

To sum it all, Bray Wyatt has proved to be an invaluable asset to the WWE. He’ll continue to shine wherever life takes him next. Nevertheless, the world of pro wrestling has seen him as a gift, with his mind-blowing personas and dedication to kayfabe.