Being a longtime fan of professional wrestling, I have spoken to many wrestling fans who have become disenchanted with the sport. The fans are not bothered by the quality of the wrestling. They have lost their taste for some things that do not make any sense.

Supposed superpowers were effectively years ago with The Undertaker and Kane. However, in recent years, IMPACT Wrestling has showcased the mystical powers of Sami Callihan and Su Yung, while WWE fans have witnessed the abilities of Bray Wyatt and Alexa Bliss. Even All Elite Wrestling got into the act with Matt Hardy having teleportation powers when he debuted with the company.

The problem with this is that there is no real way to believe that a certain wrestler would ever lose a match if that wrestler had the ability to teleport. How can a wrestler who can create lightning lose matches? This is what creates the problem. A wrestler is as powerful as Doctor Strange, but he or she loses a fight. The wrestling companies absolutely need to put a stop to gimmicks like these.

Sometimes in professional wrestling, a good storyline can be based on members of a family being at odds with one another. However, WWE (Vince McMahon) seems to have a fixation on family disputes. During the last few years, WWE fans have seen Lana cheat on Rusev and fool around with Bobby Lashley, and Maria Kanellis inform Mike Bennett that the baby that she was carrying was not his. Also, Rey Mysterio had to watch his daughter begin a relationship with the minion of his enemy.

Fans will point to the Roman Reigns “Head of the Table” storyline as a family issue that is working. However, WWE could have had Reigns fighting to be a corporate chairman, sitting at the head of a conference table conducting business. Either way, one good story does not make up for a few dozen bad ones. WWE needs to stay away from trying to destroy families.

For some reason, WWE and Vince McMahon have disdain or distaste for wrestlers with “full” names. Recently, Shotzi Blackheart and Tegan Nox debuted on SmackDown as Shotzi and Nox, which shows that there is no preference as to which name the company will drop. Big E lost his last name while Cesaro lost his first name. Matt Riddle lost his first name even though his wrestling character name was also his actual name. The company still thought that his first name was unnecessary.

In the past, pro wrestlers had names and nicknames that the ring announcer had to speak during introductions. There would be matches where “Mr. Wonderful” Paul Orndorff faced Ricky “The Dragon” Steamboat, and Jake “The Snake” Roberts fought “Macho Man” Randy Savage. Today, that might be Orndorff versus Steamboat, and Jake against Savage. Well, I guess that second match might not work because IMPACT already has a wrestler named Jake Something. 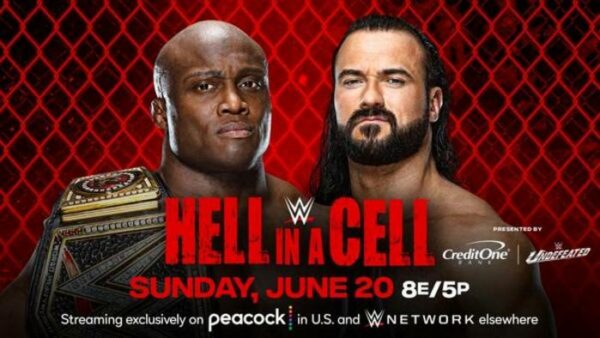 Another thing that I have written quite a bit about is the gimmick pay-per-view cards. It has never made sense to me how, if a feud has started, and the two combatants are preparing for their first match, that match has to be a hardcore match just because the Extreme Rules or Hell in the Cell PPV is next. Cell or extreme matches should be at the end of feuds. However, WWE insists on sticking with these gimmick match-themed shows. Therefore, the company must feature matches befitting the shows’ names.

Back when shows used such names as No Mercy and Fully Loaded, the company wasn’t painting itself into a corner. It was very easy for the wrestlers to create promos based on the names of the shows, and the matches were more fitting of the state of the feuds. Initial matches of feuds were simple fights, and blow-off matches were more intense and violent.

Today, WWE paints itself into corners each time there is a PPV based on a gimmick match. Changing the names of the shows would be easy. Then, the gimmick matches could be used as the main events on these cards. This would prevent the company from having two or three gimmick matches on a card just because of the card’s name.

Professional wrestling, or sports entertainment, is an ever-changing business. The athletes and their presentations evolve constantly, and fans have to adjust to the changes in the product. However, changes should not lead to bad decisions or lazy booking. The fans are the ones who suffer when the product is subpar and changing or eliminating these few things would help to improve professional wrestling.