After a massive show last week in the Great American Bash, NXT is back to put on yet another show. This time, the NXT Championship will be on the line in the main event which should excite everyone. Here’s a look at the WWE NXT card.

Anytime the NXT Championship is defended on NXT television, it’s a must-see occasion. Add into the mix that Samoa Joe will be the special guest referee and you have some very interesting possibilities arising in the future. Karrion Kross will defend the championship against former champion, The Way’s Johnny Gargano. Gargano has been a thorn in the side of Kross for weeks now, continuously attacking him and mocking him to try all while trying to get a chance at his gold. Not only has he gotten that, but Samoa Joe’s involvement could be the best thing for Gargano if he hopes to become a two-time NXT Champion.

It’s been clear for a number of weeks now that Kross and Joe do not like each other. The moment Joe returned to NXT saw him get in the face of Kross. That being said, all should be fine for the champion as Joe cannot do anything about it unless something were to arise. If Kross hits Joe in any way, then this match may fall off the hinges. And if that happens? Gargano could walk out as NXT Champion. 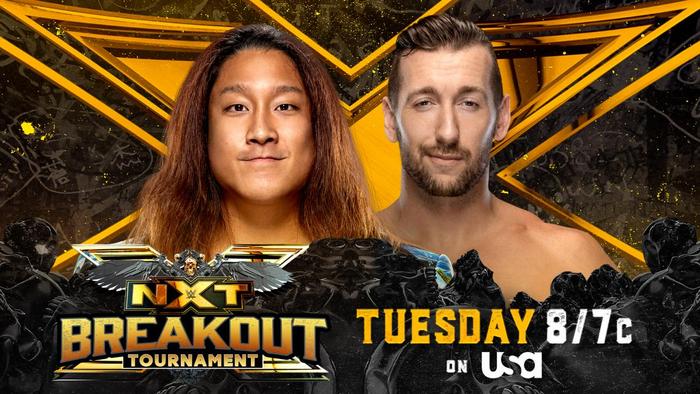 The second NXT Breakout Tournament is set to begin on Tuesday night’s NXT as Ikemen Jiro faces off with Duke Hudson. Jiro has been a star in his few matches since joining WWE, showing out on the 205 Live brand with his shining personality and unique in-ring style. For those who are wondering about Hudson, he is the former Brendan Vink who appeared on Raw over a year ago, teaming with Shane Thorne. This should be a great match for both men to truly break out and show what they got.

Who's ready to see this one? 🍿 #WWENXT pic.twitter.com/BNR65gMNWh

Sarray has been looking for a fight in the form of Toni Storm, hoping to continue proving how good she is already in her short but impressive NXT career. Last week, Storm denied the request of Sarray, stating that “The Warrior of the Sun” was not on her level at this moment in her career. So Sarray, wanting to fight, has accepted the challenge from another NXT upstart in Gigi Dolin. Dolin has not picked up a win so far in her NXT career in few matches, so an upset over Sarray could propel her to a whole new level. Of course, Sarray is likely to show why she is one of the most prized signings WWE has had in a long time.