On July 11 Ice Ribbon will return to Osaka 176BOX with a short card that has some fun matches including a primer for Rina Yamashita and Suzu Suzuki’s upcoming title match next month. 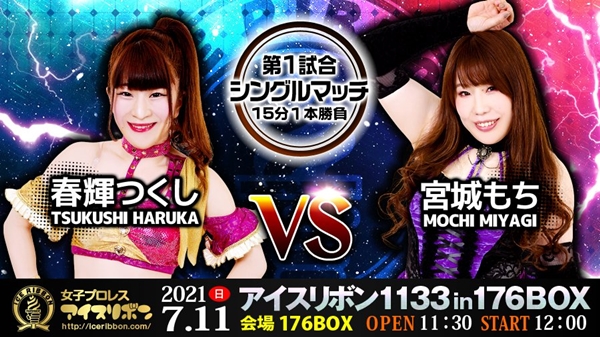 The show kicks off with a singles match between the current IW19 champion Tsukushi and Mochi Miyagi. This makes for an interesting match-up as Mochi has stepped up her game in the past few months meaning that being given more time to shine in a singles bout really plays into her favor. Tsukushi has only defended the title three times since she won it back in January so if Mochi can pick up a victory over her then it will likely set up a match in the near future. 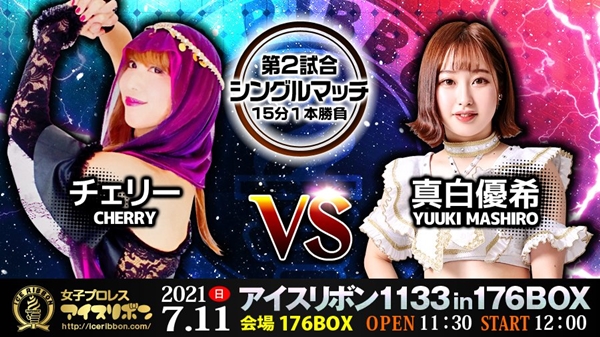 The Gacha King Yuuki Mashiro gets a singles match for the first time this month and she has a tough opponent in the 17 year veteran Cherry. After Uno Matsuya’s retirement, Cherry is currently the only member of Joint Army left in Ice Ribbon due to Tae Honma being out with an injury but she is just as dangerous on her own. While Mashiro will certainly have fun while she’s in the ring and will get up to her usual antics, it doesn’t look too good for her chances of winning. 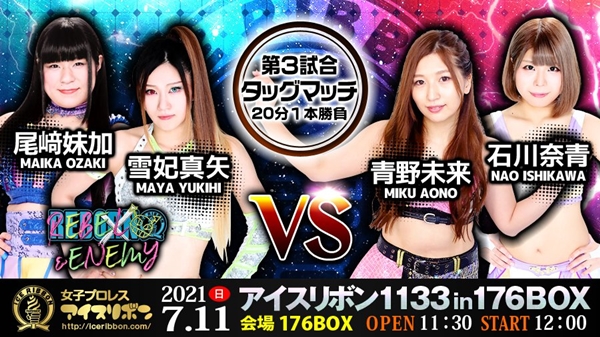 RebelxEnemy prepare for the upcoming tag title match by taking on the team of Miku Aono and Nao Ishikawa. Yuki and Maika were the champions before Hiroyo Masumoto and Kurumi Hiiragi held the titles so it’s understandable that they’re in the match to crown new champions. They have great chemistry working together and make for tough opponents for Aono and Ishikawa. Typically Aono teams with Mochi Miyagi when she shows up in Ice Ribbon but this is a great chance for Nao who has had a bit of bad luck with injuries this year. All of the women in this are incredibly talented but it looks like RebelxEnemy could pick up the win in this. 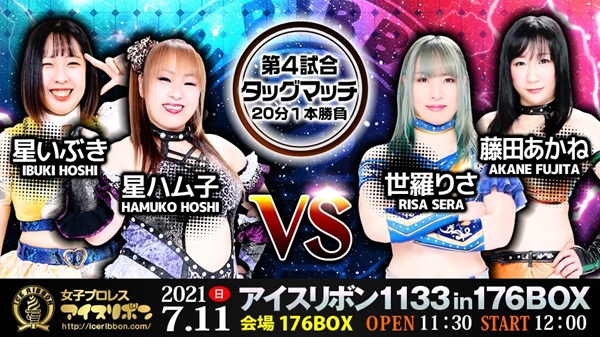 Risa Sera recently lost her FantastICE championship to Rina Yamashita in a brutal lighttube deathmatch at the last Korakuen Hall show. Risa teams up with Akane Fujita, someone she has had multiple matches against while she was champion. Akane has been working with Yuuki Mashiro a lot recently so it will be interesting to see her working with a different partner. They take on Ibuki and Hamuko Hoshi. Ibuki has been getting a few more opportunities lately, being given more singles matches and she is showing a lot of potential. This should be a great tag match and with Risa and Akane fighting for the tag titles, they should aim for the win.

The main event serves as a preview for the upcoming FantastICE title match between the new champion Rina Yamashita and Suzu Suzuki. Rina teams up with her RebelxEnemy teammate Ram Kaicho, these two make a good tag team since they get the chance to work outside of Ice Ribbon together. They’re joined by Totoro Satsuki who has been really fun to watch during tag matches like this. Suzu has a strong team behind her, she teams with current Triangle Ribbon champion Thekla and the current IcexInfinity champion Tsukasa Fujimoto. Any match that features the ace of Ice Ribbon is going to be a must-watch as she seems to just have a great match with everyone.