The show kicks off with Natsumi taking on the IW19 champion Tsukushi. For fans that have not seen Natsumi, she is from the Zero1 promotion and debuted back in May, meaning she has been wrestling for less than a month. Natsumi has been trained by Aja Kong, with who she had her debut, and fellow Joshi legend Megumi Kudo. Going against Haruka is some great experience to put onto her career this early on. Tsukushi without a doubt will get the win but this should be a fun opener for the rookie. 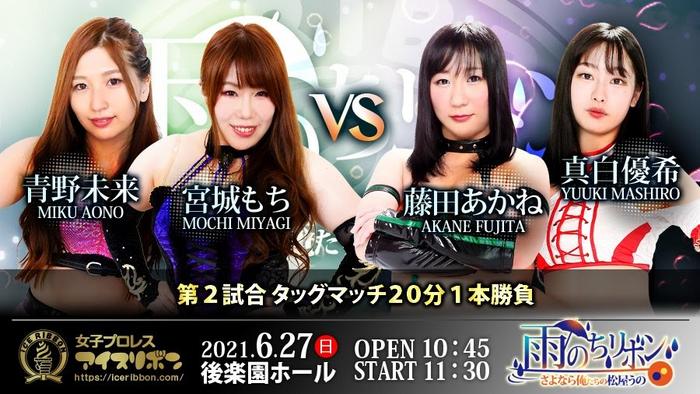 The Gacha Kingdom teams up once again to take on the team of Mochi Miyagi and Miku Aono. Fujita and Mashiro have been doing some really fun stuff together alongside Rina Yamashita with the Gacha Kingdom and give Mashiro a lot of experience with two veterans of the business. During Risa Sera’s hardcore tag tournament, Miyagi got a pretty nasty eye injury during her match with Suzu Suzuki and Masashi Takeda, but it was one of the best performances she had this year. Her partner Miku Aono has been doing great work as she splits her time between ActWresGirlz and Ice Ribbon. This could go either way but it wouldn’t hurt to have the Gacha Kingdom win. 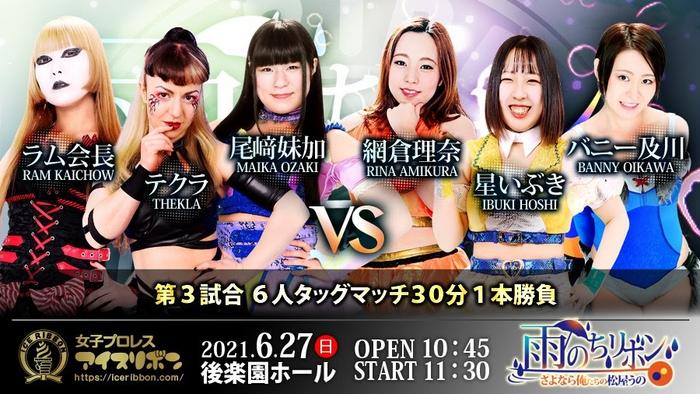 The middle of the card is a six-person tag team match. The current Triangle Ribbon champions Thekla team up with RebelxEnemy members Ram Kaichow and Maika Ozaki. While Maika is going to be challenging for the tag titles with Maya Yukihi soon, Ram has not done as much compared to the rest of RebelxEnemy. Rina Amikura makes her debut in Ice Ribbon, she is a part of ActWresGirlz colors show but does show up on ChocoPro every so often. Banny Oikawa has been featured mostly on the P’s Party sideshow, slowly getting better while she splits her time between wrestling and being a referee for the company. Last month, Ibuki Hoshi challenged for the tag titles and despite coming up short, she has shown some growth as an in-ring competitor. With Ozaki’s tag title challenge coming up, it would make sense for the team of RebelxEnemy and Thekla to get the win. 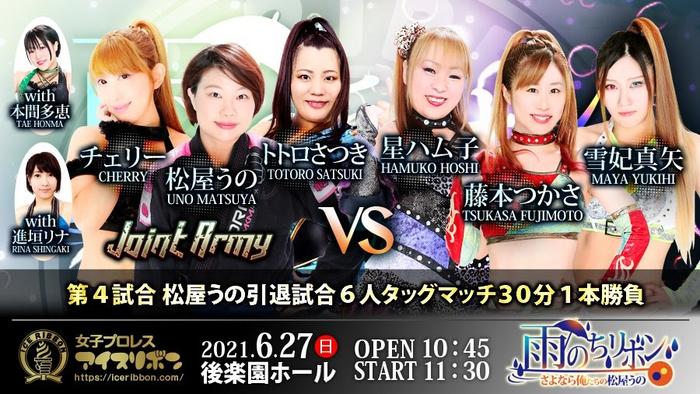 Originally scheduled to compete in this match was fellow Joint Army member Tae Honma, however, she picked up a knee injury just days before Uno’s final match but she will be at ringside. After having her final gauntlet match at the dojo against the Ice Ribbon roster on the 5 year anniversary of her career, Uno requested this to be her final match. Uno has had a great run in Ice Ribbon especially for someone who started their career quite late in comparison. Working alongside the likes of Cherry, Tae Honma, and Stardom’s Syuri made her into an excellent technical and submission-based wrestler that made a fun change to what is usually shown at Ice Ribbon. This match will be a nice cap off to an amazing but short career for Uno Matsuya. 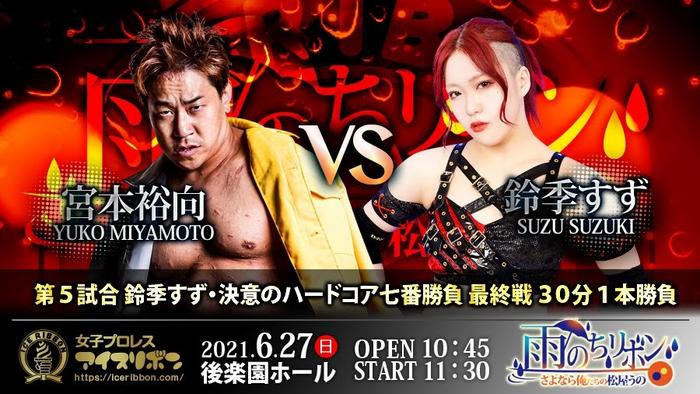 The final boss of Suzu Suzuki’s hardcore series is Yuko Miyamoto. Miyamoto pops up in just about every promotion in Japan. The deathmatch specialist is a former BJW Deathmatch champion and DDT Extreme champion. This has been a fantastic series for Suzuki so far despite coming out on the losing end. Each match has slowly been getting more and more brutal for the 18-year-old as she is going against the biggest names in deathmatch wrestling. This match will be no exception to that rule. Suzuki’s weapon of choice, when she hasn’t been low blowing her opponent, has been a bucket of jingle bells and it has made her stand out during these matches with her level of innovation. Since this is the final battle of this series, Suzuki could get the shocking victory. 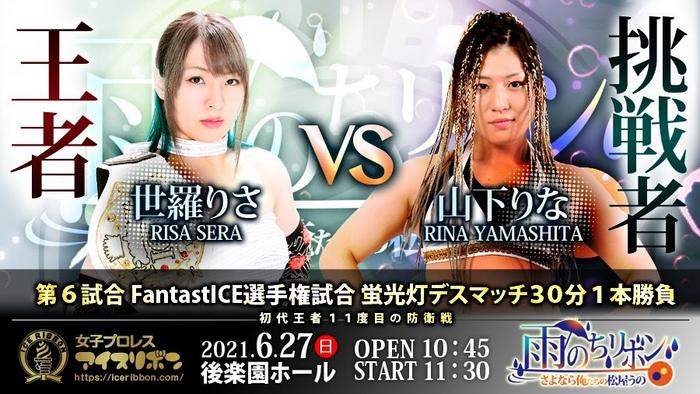 From one violent match to another, the main event of this show has Risa Sera defending her FantastICE Championship for the 10th time against the woman she beat to become the inaugural champion, Rina Yamashita. Yamashita got this opportunity after she and Jun Kasai defeated Sera and Orca Uto during Risa’s hardcore tag tournament earlier in the month. This is the first time that Sera is competing in a light tube deathmatch but her opponent is no stranger to this match type. Yamashita frequently works FREEDOMS that specializes in deathmatches such as this. Although Sera has had an incredibly dominant reign as champion since winning it almost a year ago, the threat of her losing to Rina this time is all too real. Expect a gruesome amount of violence during this one, especially if it’s anything like their match to become the first FantastICE Champion last year.

How Darren Young Opened the Door for LGBTQ Wrestlers
Money in the Bank 2021: How It Started, How It’s Going