The NXT Great American Bash returns for the second year in a row as a major television special on the USA Network. There are three championship matches scheduled for the night including both pairs of tag titles being on the line. After weeks of attacks, Karrion Kross and Johnny Gargano will come face-to-face as well. The main event, however, should go a long way in deciding the future of NXT once and for all. Here’s a preview of the NXT Great American Bash.

MSK has yet to lose as a tag team since joining NXT, proving that they are the one true dominant team of the black and gold brand. Since winning the Dusty Rhodes Tag Team Classic, they have shown that they are everything NXT needed in terms of tag team wrestling. The same can be said about their challengers. Tommaso Ciampa and Timothy Thatcher feuded to the point where they not only respected each other but liked each other enough to remain a tag team. In doing so, they have become one of the most interesting and best tag teams in all of WWE, perhaps even all of professional wrestling. This match should not only be incredible but one that could truly go both ways. Will it be the high-flying champions or the hard-hitting challengers? We shall see tonight. 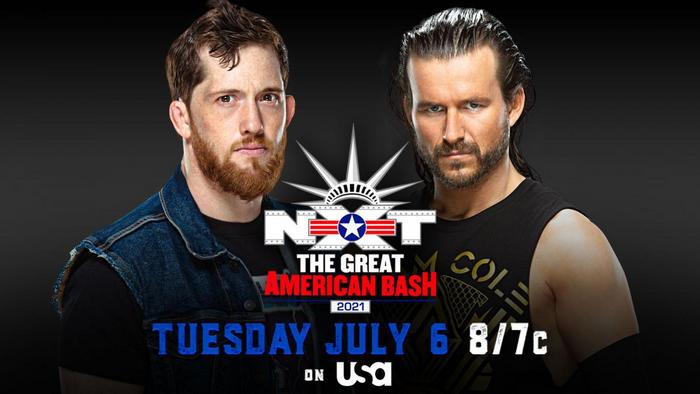 Kyle O’Reilly and Adam Cole have been feuding for what feels to be forever at this point. O’Reilly is the one who has the win between the two dating back to NXT TakeOver: Stand & Deliver and another win could end this rivalry once and for all. But this is a situation for Cole that he knows far too well. Now being in a straight-up wrestling match, the advantage goes back to the longest-reigning NXT Champion of all time. After all, that’s how he won the NXT Championship from Johnny Gargano back at NXT TakeOver: XXV. This is more his style and very well could be what gives him the advantage over his former friend. Not only should this match be great, but the future of NXT hangs in the balance with the winner having huge momentum to utilize in the end.