As discussed last week in our update, the removal of Jon Moxley from the top five became more and more likely due to his injuries at the hands of the Young Bucks. That was made official this week as Moxley has fallen from the number four spot, allowing Orange Cassidy to rise to four and Powerhouse Hobbs to join the top five for the first time in a few months. This is not only huge for Hobbs but for Team Taz as they continue to have problems in their ranks. 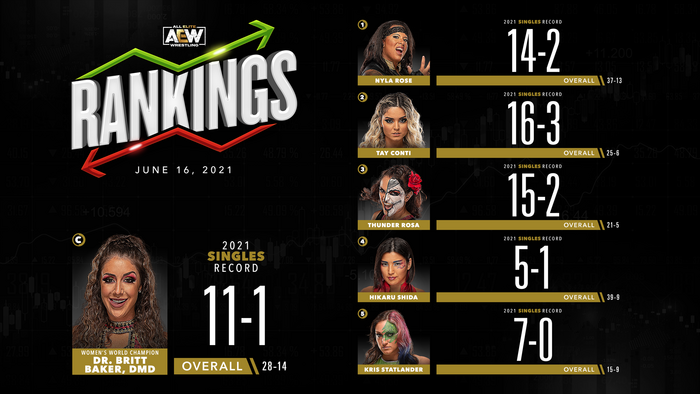 Nyla Rose‘s dominance has taken the top spot for the AEW women’s division after a week that featured three wins, including one over formerly ranked Leyla Hirsch. Thunder Rosa shockingly falls down to the third spot after being in first since Britt Baker won the championship. The loss by Hirsch last week also removed her from the top five, allowing the undefeated Kris Statlander to take over with her 7-0 record. 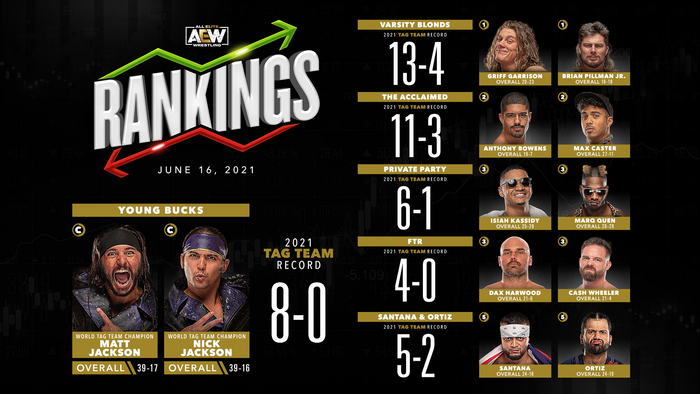 The only movement in the tag team division saw Private Party hopping back to the three spot. This is the second straight week of change for them as they could be nearing a championship opportunity down the line.