Following last night’s tag team defeat (with Sami Zayn) against Kevin Owens and Big E, Apollo Crews announced that on next week’s episode of Friday Night SmackDown, he would be replacing Zayn with his devoutly loyal, Commander Azeez. Before you get too excited, we would like to remind you that though Commander Azeez and, indeed, Dabba-Kato (Azeez’s former character) has never wrestled in a main roster WWE ring, this is not his first foray into a match or, indeed, a fight.

Last year, on the oft-forgotten Raw Underground, Dabba-Kato established himself as the prominent antagonist of that show. A welcomed attempt at something different by WWE creative, Raw Underground was set as an underground, “Fight Club” brand of sanctioned, pugilistic brawling. Kato became one of the jewels of the Raw Underground crown; with Shane McMahon, his advocate, often building him up as some indestructible force of nature – at least until the recently departed Braun Strowman handed him his first loss prior to Raw Undergound’s closure. Now that he has been promoted to the rank of Commander (and seemingly changed his name to Azeez), he has an opportunity to show what he can do in the ring.

Commander Azeez Has Wrestled For NXT 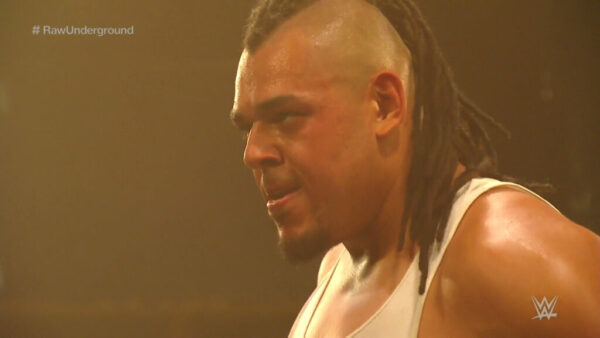 Whereas next week’s tag team bout will be his first dose of main roster in-ring action, he has previously wrestled for NXT under his real name – Babatunde. Babatunde Aiyegbusi is a Polish, former football player who was a part of the Minnesota Vikings’ 2015 pre-season. He came to NXT in 2016 and was quickly partnered with Lio Rush, as the latter’s heater. Between 2016 and the early part of 2020, he was mostly confined to NXT house shows and dark matches, where he has spent considerable time honing his craft; developing so that he may one day make his main roster debut. Well, on next week’s episode of Friday Night SmackDown (June 18, 2021), Commander Azeez will have the opportunity to do just that. With Big E, Kevin Owens and Apollo Crews being in the match with him, the 6 ft 9 inch Polish superstar will be surrounded by stars capable of guiding him. That is, should he need it.