On May 31, 2021, Pro Wrestling NOAH holds their Mitsuharu Misawa Memorial 2021 event for their fallen founder. Mitsuharu Misawa led a mass exodus of All Japan Pro Wrestling and started up NOAH. He passed away back in 2009 and NOAH is doing all they can to keep his memory alive. This event will be in Korakuen Hall. Let’s run down the card. 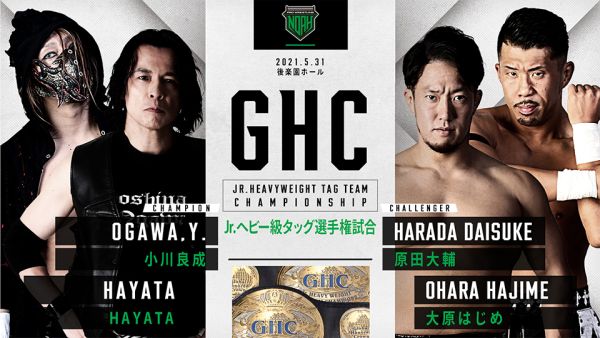 STINGER has had what one could describe as a stranglehold on the GHC Junior Heavyweight Tag Team Championship for quite some time. They’ve been turning back all challengers and leaving factions in their dust. Most recently, they caused the disbandment of FULL THROTTLE when Seiki Yoshioka turned to join STINGER. This caused a domino effect, resulting in the dissolving of the unit. The leader, Hajime Ohara, was left all alone.

Ohara was then picked up by Momo No Seishun Tag (Daisuke Harada and Atsushi Kotoge) and didn’t waste time looking for revenge. After a tag match, Kotoge said the only way he’d let STINGER member Yuya Susumu challenge him for his belt is if in Ogawa and HAYATA defend the GHC Junior Heavyweight Tag Team Championship against Ohara and Harada. STINGER is a dominant force, but can the faction overcome two of the greatest junior rivals coming together as a tag team? 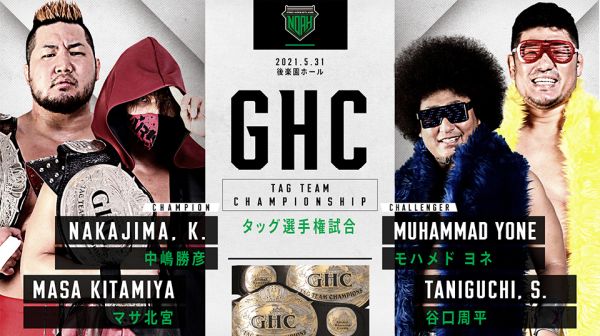 The Aggression has been in a long search for their first challengers for the GHC Tag Team Championship. While Masa Kitamiya was chasing Keiji Muto, Katsuhiko Nakajima turned his attention to the unit of veterans Funky Express. Nakajima gathered many victories over the members and poked fun at them, calling them old. However, Funky Express got a measure of revenge when they beat Kongoh in an eight-person tag team match.

After the match, Yone challenged for the belts on behalf of him and Taniguchi. Yone said that if Nakajima rejects the challenge of two old men, then he might as well quit wrestling. Nakajima originally laughed at the challenge, saying they would do it on the biggest stage. The match would be set for the Mitsuharu Misawa Memorial 2021 event. Taniguchi and Yone held the tag belts before with different partners, but can they overcome The Aggression, who have been riding high all of 2021? 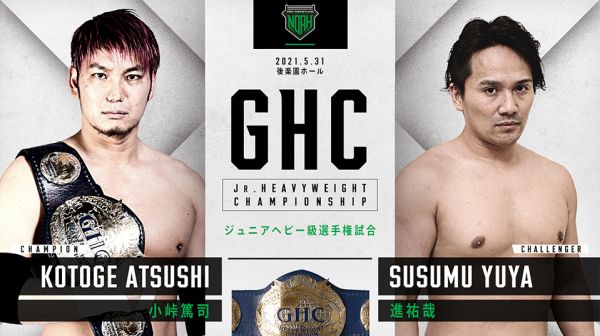 Atsushi Kotoge had been confronted by Kotaro Suzuki about a possible title challenge. He didn’t give an answer, and Suzuki never formally challenged. After beating Junta Miyawaki in a tag match, Yuya Susumu made his first-ever challenge for the GHC Junior Heavyweight Championship. Kotoge agreed under the condition that STINGER defended the GHC Junior Heavyweight Tag Team Titles against Ohara and Harada.

This set the stage for this big title match. No one had a true upper hand until Yuya Susumu got a direct victory over Kotoge, giving him some momentum heading into his challenge. Can Susumu take this momentum and turn it into a GHC Junior Heavyweight Championship victory or will Kotoge continue to represent the NOAH juniors as champion? 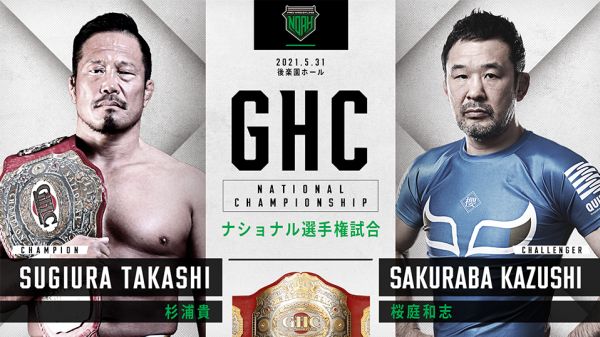 Takashi Sugiura recently recaptured the GHC National Championship for the second time. Immediately after defeating fellow Sugiura Army member Kazuyuki Fujita, Sugiura’s next challenger stepped up. That man would be his tag team partner, Kazushi Sakuraba. He said that the belt looks nice on Sugiura, but he wants it. Sugiura initially declined, but after a Rock, Paper, Scissors win by Sakuraba, Sugiura agreed to defend the belt against him.

Sugiura might have met his match, as he and Sakuraba are practically best friends so Sakuraba can read him like a book. If it turns into a grappling match, Sakuraba will easily take Sugiura. The smart bet, for Sugiura, would be to try and use his power and hard-hitting ability to take down Sakuraba. After tapping to Sakuraba in a preview, will Sugiura bounce back, or will Sakuraba capture his first singles title in pro wrestling?