Friday Night SmackDown is back with a big tag team bout announced for tonight’s ThunderDome show. As is the norm, WWE have announced just the one segment in advance of tonight’s show. Therefore, much of the review outside of the confirmed match preview will be speculation as to what might be in store for tonight. What exactly is the confirmed match taking place? Let’s find out!

The Usos vs The Street Profits 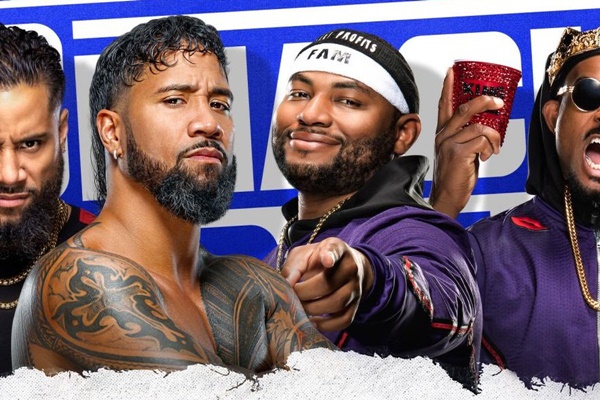 It goes without saying that the Roman Reigns storyline is the best thing in the WWE right now. It might even be the best thing the company has done for years. The beautiful thing about this story is that it’s not just Reigns who is giving his best work to date. Late last year, Jey Uso was killing it every single week as the protagonist in the beginning of the Head of the Table arc and even now, he is tremendous in the role of lackey with Stockholm syndrome. Then came Kevin Owens, who gave his best babyface work to date. Daniel Bryan then came along and was typically awesome. Cesaro was elevated to a role within this feud and was finally made to feel like the absolute star that he is, taking it to Reigns every week. Now, we have the return of Jimmy Uso; the current avenger in the feud against SmackDown’s Tribal Chief. He wants to reform The Usos; bring back the SmackDown Tag Team Championships and remove Roman Reigns from the Head of the Table. Roman, with Jey, is against this idea; he has his world built exactly how he wants it. He has the promoter in Paul Heyman and the minion-willing-to-get-hands-dirty in Jey Uso. Why would Roman allow Jimmy to end this set-up? The Usos, to Roman’s chagrin, reunite this week to take on the Street Profits (Angelo Dawkins and Montez Ford) but we all know this match is designed to further the main feud. Expect something bad to happen to Jimmy.

– Aleister Black made his shocking return last week, costing Big E his presumed last chance to recapture the Intercontinental Championship. We can expect Big E to respond this week.

– Shinsuke Nakamura appears to have Baron Corbin‘s number as of late. With the debuting Rik Boogz assisting Nakamura to victory over Corbin last week, we can expect the King will continue to retaliate against the King of Strong Style. A match for the right to be declared King is certainly coming soon.

– Bayley continues to challenge Bianca Belair for the SmackDown Women’s Championship. Last week, she – along with Shayna Baszler and Nia Jax – overcame Belair, Natalya and Tamina. Belair will want revenge, Bayley will want a title shot. This will continue.