Following his WWE release earlier this year, Andrade has been very busy promoting his much-anticipated return to the ring, announcing a blockbuster match against Kenny Omega for AAA Triplemania. Andrade has also shown interest in reuniting the Ingobernables faction alongside founding member and current Ring of Honor World Champion Rush. This reunion is happening sooner than we expected, as new Mexican wrestling promotion Federación Wrestling announced its first card earlier this month. It will not only present Andrade’s return to the ring, and the Ingobernables reunion, but a collection of international talent from multiple major wrestling organizations in North America. 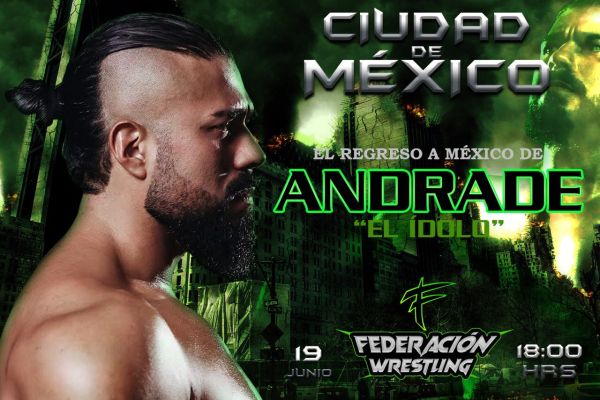 It has been heavily rumored that Federación Wrestling is not only owned, but also operated, by Sofía Alonso, former owner of the CMLL (Consejo Mundial de Lucha Libre) and part of the Lutteroth family. However, these rumors have not yet been confirmed by any reliable source.

It has been reported by Dave Meltzer in the Wrestling Observer Newsletter that Federación Wrestling is offering high amounts of money to talent in AAA and CMLL in an attempt to sign them exclusively for their brand. These reports feed the rumor that the Lutteroth and Roldan families, respective owners of CMLL and AAA, are behind the promotion in an attempt to both recover financially from the global pandemic.

Another rumor circulating around Federación Wrestling is that Rush is behind the promotion, securing talent for their roster. This would make sense, considering the talent announced and their relationships with El Toro Blanco.

The Main Stars of Federación Wrestling

Firstly, the man rumored to be behind all of this, Rush, the OG Ingobernable, will be key to the promotion’s success. If rumors are to be believed, Rush is the man responsible for assembling such a top-quality roster. This, along with his popularity and star quality with a worldwide audience, makes Rush the automatic main man in Federación Wrestling.

Also, not to make an obligatory comparison, but Rush’s case sounds a lot like Cody Rhodes’. Rush took the responsibility of scouting and reaching out to talent while also working both in the ring and outside of it in the process of producing matches.

The recently released Andrade has made it known to anyone that would listen that his desire is to wrestle in as many places and against as many people as possible. His addition to Federación Wrestling makes all the sense in the world, as they will give Andrade a chance to reunite with old friends while working some of the very best in the business at the same time.

“El Idolo’s” eagerness to work everywhere may end up being Federación Wrestling’s downfall, as one of the biggest stars in a star-studded roster may not show up to every show. He may work in Japan or, if rumors turn out to be true, All Elite Wrestling.

Lastly, and speaking of AEW, current stars Penta El Zero Miedo and Rey Fénix will be taking part in Federación Wrestling’s debut show. This is particularly huge as, alongside Tay Conti, it means AEW are willing to let their wrestlers participate in pay-per-view shows in other places. Ultimately, this may open the door for other AEW stars to make their way down to Mexico.

It is also important to add that Federación has announced three surprise wrestlers in two of their major matches. The promotion has also been slowly revealing participants for their inaugural cup tournament. If the rest of the card is any indication, these surprises could be anyone. 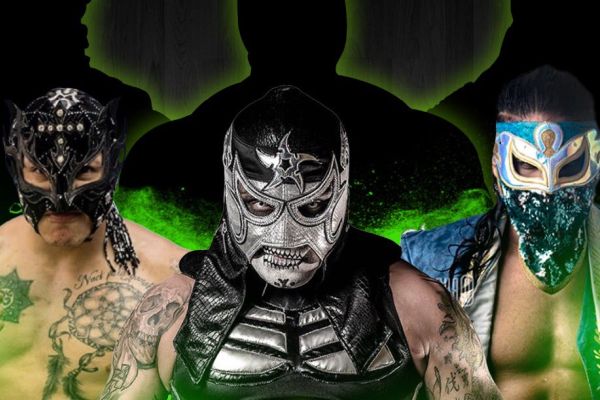 It is an exciting time for professional wrestling and the very existence of Federación Wrestling and its first match card is living proof of this. Wrestlers are continuously working in new places, against new wrestlers for more money than ever before. This means Mexican audiences can finally see international talent like Tay Conti and Red Velvet, and Deonna Purrazzo on AAA. This is a huge deal, especially considering that neither AEW nor IMPACT Wrestling, in this case, have a TV deal in Mexico.

Furthermore, this type of inter-promotional card yields the opportunity to witness a variety of matches we would normally never be able to see. These include the tag team match between The Lucha Bros and Dragon Lee and Bandido that doesn’t necessarily have to be marketed as an AEW vs. ROH match.

This means that there are no losers with the incorporation of Federación Wrestling to the business. If their debut show on June 19 goes well, and Federación Wrestling can establish themselves among the other wrestling powerhouse promotions while delivering eye-catching match cards, it’s good news for wrestlers and fans alike.