Welsh professional wrestler and WWE NXT UK star, Mark Andrews, has a new podcast. Titled “My Love Letter to Wrestling“, the podcast is featured on BBC Radio Wales – a pretty big deal for any Welsh wrestling star. For those who don’t know, Andrews was one-half of the WWE NXT UK Tag Team Champions in 2019 with fellow Welshman, Flash Morgan Webster. They won the titles from James Drake and Zack Gibson at NXT UK TakeOver: Cardiff – the first TakeOver show to appear in Wales.

My Love Letter to Wrestling, streaming now on @BBCSounds! @MandrewsJunior speaks to some of the biggest names in wrestling and why they love it! 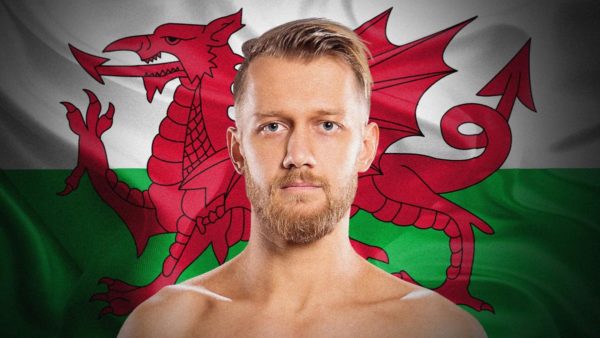 Though just 29 years old today, Mark Andrews is already a veteran in professional wrestling. Having began training to become a pro wrestler at just 13 years of age, he is a seasoned performer with plenty of experience within the industry. A protege of Zack Sabre Jr, it is no surprise that Andrews is currently one of the best cruiserweights in the world. He would eventually become a co-owner of Birmingham (England) promotion Attack! Pro Wrestling – founded and co-owned by long-time friend Pete Dunne and similarly co-owned by Chris Brookes. During his time in Attack! Pro Wrestling he would work with his fellow co-owners and fellow Welsh native, Nixon Newell – NXT’s own Tegan Nox. Years spent on the UK independent circuit would eventually lead Andrews to Impact Wrestling in 2014, where he would remain until his signing with the WWE in 2017. It is here he would become a staple of NXT UK, where he would capture the tag team titles with Flash Morgan Webster. He remains with NXT UK to this day and most recently defeated Levi Muir in singles action just last week.

What the Podcast Has to Offer 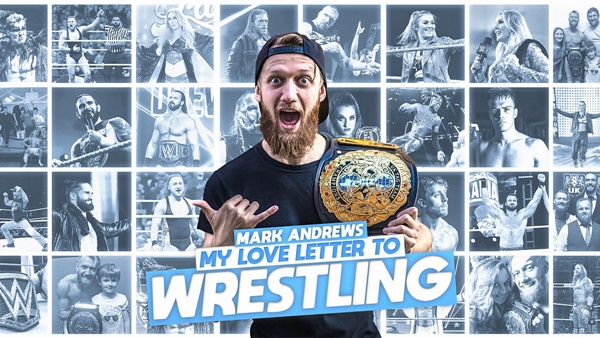 Despite not yet being a major player in the WWE, Mark Andrews has managed to draw some impressive guests for his podcast. As per the BBC, the likes of Edge, Charlotte Flair, Triple H, Kofi Kingston and Tegan Nox are all advertised to appear in the coming weeks. Episode 2 already features Triple H, Cody Rhodes, Ruby Riott and Drake Maverick – so it is clear Andrews’ podcast is going to be a hit. It is always nice to see a WWE performer branch out and become a hit in another media format. Andrews has clearly drawn the interest in BBC Wales and therefore this is an excellent gig for him to not only build his name further in Wales, but in the WWE too. The WWE always wants to push workers it can trust and Mark Andrews is just that. Don’t forget to listen to My Love Letter to Wrestling!

Stay tuned to the Last Word on Pro Wrestling for more on this and other stories from around the world of wrestling, as they develop. You can always count on LWOPW to be on top of the major news in the wrestling world, as well as to provide you with analysis, previews, videos, interviews, and editorials on the wrestling world. You can check out an almost unlimited array of WWE NXT UK content on the WWE Network and Peacock.