This year, the Finlay family – one of the longest performing families in UK history as well as the world – welcomed the latest addition to the family business, when 18-year old Brogan Finlay made his pro wrestling debut as a student with AR Fox‘s WWA4 Wrestling School in Atlanta, Georgia. Since then he has debuted with Atlanta’s premier indie promotion, ACTION Wrestling, and now the fourth generation wrestler is looking to make an impact and follow in the footsteps of his brother, David Finlay, and his father, WWE, WCW & World of Sport legend Fit Finlay, in the world of professional wrestling. But the Finlay legacy didn’t start with David “Fit” Finlay, who made his own debut back in 1974. Fit Finlay’s father, David Finlay Sr., was a wrestler and promoter in Ireland, as were both of his grandfathers, William Finlay and John Liddell. Fit Finlay’s sister was also a referee.

In the early days of Irish pro wrestling, William John Finlay was a frequent fighter at fairs throughout Ulster, working both pro wrestling and boxing, while John Douglas Liddell wrestled and ultimately became an early promoter in Belfast during the 1940s. David Finlay Sr. was born in 1936 and under the tutelage of his father and uncle, learned Olympic freestyle wrestling as well as the tricks and trades of professional wrestling. David Sr. became another pro wrestling star in Ireland, and by the early 1970s, was also promoting around the Ireland circuits. It was in 1974, when another competitor no-showed a show David Sr. was promoting in Glynn, Northern Ireland, that David Sr. finally put his son, David “Fit” Finlay Jr. into the ring at the age of 16 (he’d been training since he was eight). 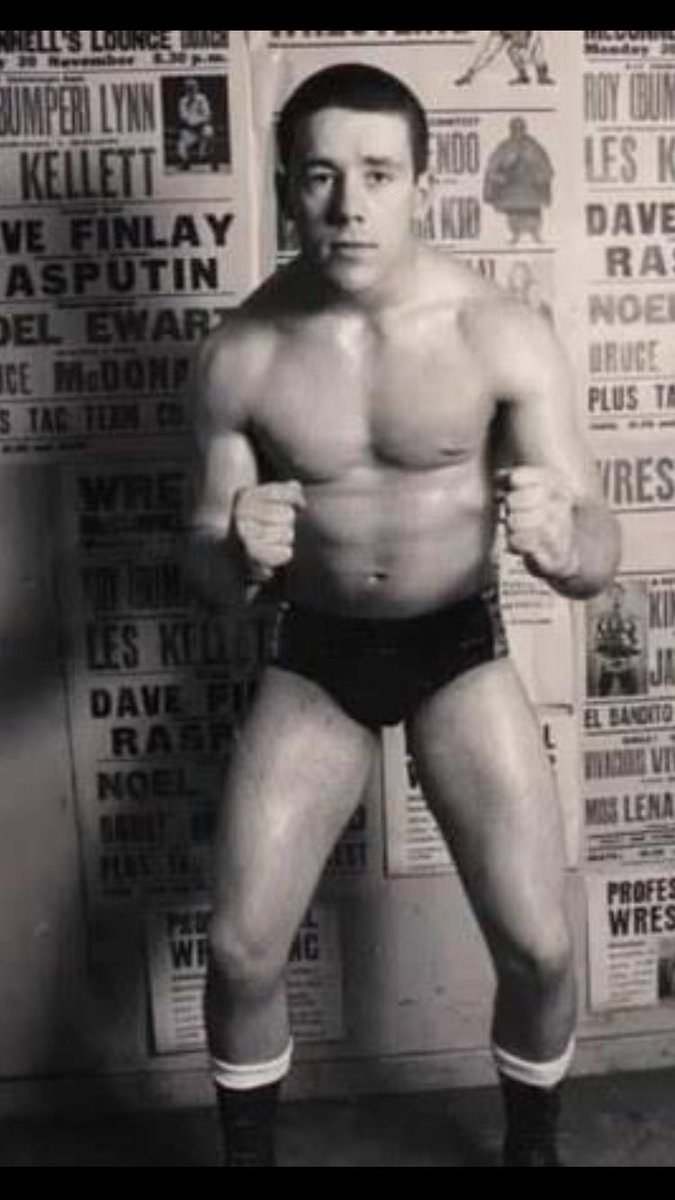 Fit Finlay moved to England in 1978 and began competing for Joint Promotions and on television with World of Sport, and in 1982 won the British Middle Heavyweight Championship. In 1983, he made his debut in Japan with New Japan Pro Wrestling (NJPW) for a two-month tour that saw him compete against the likes of the original Tiger Mask, while he also competed throughout Europe, becoming a regular with Austria’s legendary Catch Wrestling Association (CWA), where he became a 3x CWA Middleweight Champion during the 1990s. He returned to NJPW in 1991 for Top of the Juniors II (the tournament that eventually became the Best of the Super Juniors) and competed in the Top of the Junior tournaments again in 1992 and 1994. When the tournament was rebranded as Best of the Super Juniors, he competed in its first entry in 1994. In 1996, Fit Finlay headed to the United States to join WCW, where he remained until WWE purchased the company in 2001. Upon WWE’s purchase, Finlay quietly retired and began working for WWE as a trainer, primarily working with the Divas division. But in 2004, he made a return to the ring, competing as a WWE Superstar until he was released in 2011. He briefly returned to the indies around the world before being hired back by WWE in 2012, where he continues to work as a road producer/agent and trainer.

Fit Finlay’s oldest son, David Finlay III, was born in Germany in 1993 while Fit was still competing for CWA, but it wasn’t long before the young man began training under his father and grandfather. In 2012, he made his pro wrestling debut in Germany (against future NXT UK Champion WALTER), before signing with NJPW and heading to the Dojo in Japan to become a Young Lion, debuting in 2015 Best of the Super Juniors to follow in his father’s footsteps. In 2016, Finlay became one of the very few Young Lions in New Japan history to ever wear championship gold, when he partnered with Ricochet and Satoshi Kojima to win the NEVER Open 6-Man Tag Team Championships, and in 2019, he began working Ring of Honor more regularly as a member of the Lifeblood faction. In January of 2020, Finlay and Juice Robinson – better known as FinJuice – captured the IWGP Tag Team titles, and recently the duo began working in IMPACT Wrestling as part of “The Forbidden Door“, ultimately winning the IMPACT World Tag Team titles at IMPACT Sacrifice in March.

And now enter 18-year old Brogan Finlay. A resident of Atlanta, Georgia (where his family relocated when his father headed to WCW), he began training in 2020 and made his ring debut at the beginning of 2021. On April 16, 2021, Brogan Riley made his debut with ACTION Wrestling – facing his WWA4 rival Bobby Flaco – at ACTION’s third-anniversary show, Oops, We Forgot To Buy An Anniversary Present! While it’s still too early in young Brogan Riley’s career to suggest he’ll reach the levels of his father and brother, he’s got four generations of wrestling in his blood pumping through his heart and decades of training techniques in his DNA. The sky’s the limit, but now young Brogan is setting out on his own path to continue the Finlay family business.