On Thursday night, Pro Wrestling NOAH presents NOAH The Glory live from the Nagoya Congress Center which is headlined by three big titles matches and a lower card that could have implications for NOAH’s future as it always does.

The NOAH The Glory Full Card:

— Akitoshi Saito and Junta Miyawaki vs Katsuhiko Nakajima and Nioh. 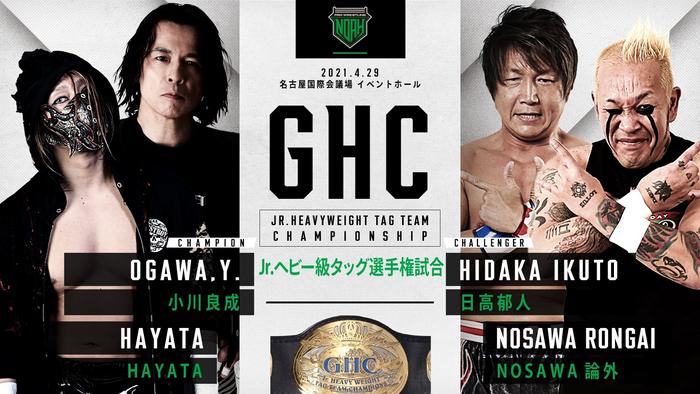 This rivalry between the team of Yoshinari Ogawa, HAYATA, and Yuya Susumu and the team of NOSAWA Rongai, Ikuto Hidaka, and Kotaro Suzuki has been going on for months. Many of the matches were ending in disqualification between the two teams, causing outrage amongst fans. The Glory seems like it will finally be the night this feud concludes. Not many people can wind up Yoshinari Ogawa, but the sight of NOSAWA makes him snap. It doesn’t help that NOSAWA is on quite the winning streak — even beating both of the tag champs in singles action.

Ikuto Hidaka looked as if he was going to get a submission victory over Yoshinari Ogawa before HAYATA caused yet another disqualification. So it’s safe to say the champions are in major trouble. This is one of the rare times STINGER walks into a defense without the upper hand. Have they finally met their match? Or will STINGER continue their Junior tag team domination? 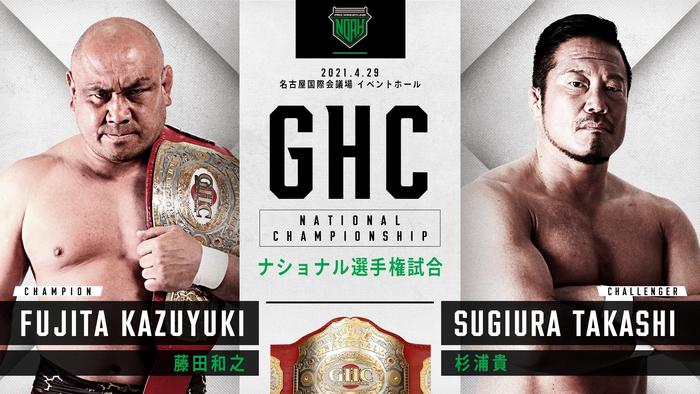 Kazuyuki Fujita won his first piece of gold when he defeated Kenoh for the GHC National Championship. He was then greeted by the rest of the Sugiura Gun, which included leader Takashi Sugiura. Sugiura couldn’t have been happier for his friend, but he said he wanted to fight the strong Fujita. The match was made for Sugiura’s hometown of Nagoya. Sugiura was the first-ever National Champion, so with a win, he could become the first-ever two-time champion.

However, during their preview tag team match, things didn’t turn out so well for Sugiura. The two men had a beast-like confrontation, but ultimately it was Fujita who stood tall. After getting a direct victory over Sugiura, one must wonder will Fujita just run through his friend Sugiura? Or will Sugiura remind everyone he is not to be counted out and emerge as champion? 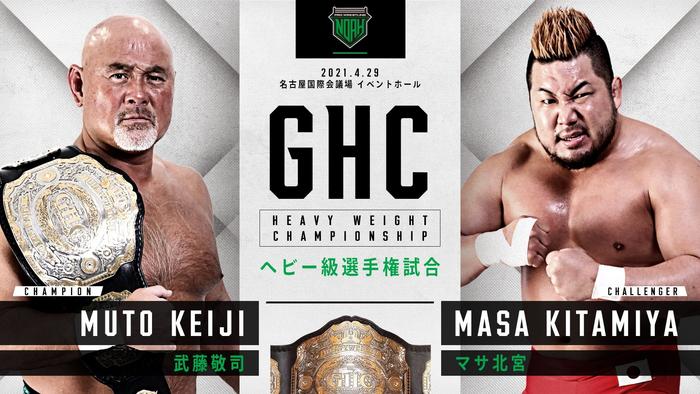 This was a match that went from a GHC Heavyweight Championship match to something deeper. Masa Kitamiya laid out a challenge to Keiji Mutoh, and Mutoh brushed him off leading to Kitamiya dropping him. The title match was made and as time went on it became personal. Both men had a special connection with the late, great Masa Saito. Mutoh, who had Saito’s last match, and Kitamiya who learned from Saito when he was training at Diamond Ring.

Kitamiya has inherited a lot from Saito including the Masa name. Mutoh stated that it will be him who will see if Kitamiya is truly worthy of having that name. Kitamiya walks into the match with the advantage as he has been on a tear all year. He solidified that by getting the win over Mutoh in a tag match after headbutting him while Muto was trapped in the prison lock. Will Kitamiya go for broke and escape with the GHC Heavyweight Championship? Or is Keiji Muto going to prove he is still the king by retaining the Championship?