On May 31, 2021, QT Marshall faced off with Cody Rhodes in an exhibition match between the two men who led The Nightmare Factory. The match happened because Marshall felt a need to show everyone he deserved his rightful credit. It seemed to be on a respect level, but when Marshall struck special referee and Nightmare Factory coach Arn Anderson, it became clear it was anything but that. The rest of The Nightmare Family stormed out there once Anderson went down as Marshall was making his exit — then the beatdown ensued. Aaron Solow, Nick Comoroto, and former Olympic boxer Anthony Ogogo showed their allegiance to Marshall by attacking everyone and leaving everyone laying. And thus, The Factory was born.

The Factory received mixed reviews from fans as it seemed it was simply another faction that made it too many in AEW. But instead, it may be the faction that makes the most sense. With two soon-to-be megastars in Comoroto and Ogogo at the head of the group, it seems that this faction is exactly for them. To grow them, give them time, and make them the megastars that they are certain to be. Learning under the underappreciated, yet highly valuable veterans of Marshall and Solow makes The Factory the perfect faction in AEW. 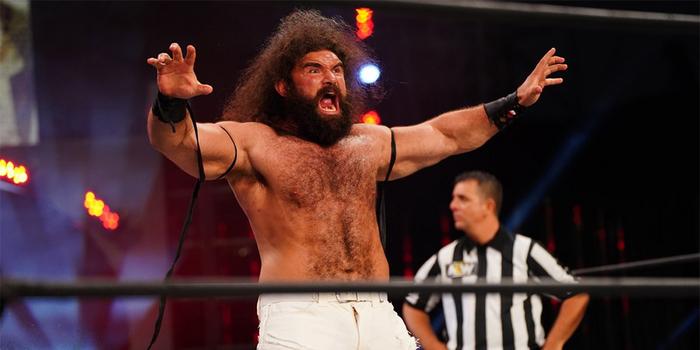 Who is a wrestler that is compared to Bruiser Brody and brings the same viciousness to the ring in 2021? That answer would be Nick Comoroto. If you have seen his work in the past on AEW television or Dark, you know that this man has something there. But his problem was awaiting the opportunities to truly shine. When it was revealed that he was a member of The Factory, fans got excited to see what the big man would do now in such a premier spot. Comoroto has the identifiable look, in-ring prowess, and raw charisma to make anyone want to watch him. And through The Factory, he can bring out the best of all those to become AEW’s next monster main eventer. The ideas are endless in what he could become.

Whether it be the man who rivals someone like Wardlow down the line or runs roughshod on the entire AEW locker room on his way to gold, he is the real deal. Fans may have been bothered by yet another faction, but The Factory is going to bring the best out of Comoroto, making his bright future that much better. Raw power, an incredible look, and the right people guiding the way for him to become great. Seems as though he is exactly where he’s supposed to be to become the star he is destined to be.

Anthony Ogogo Already a Star, Now Figuring Out The In-Ring To Become a Megastar 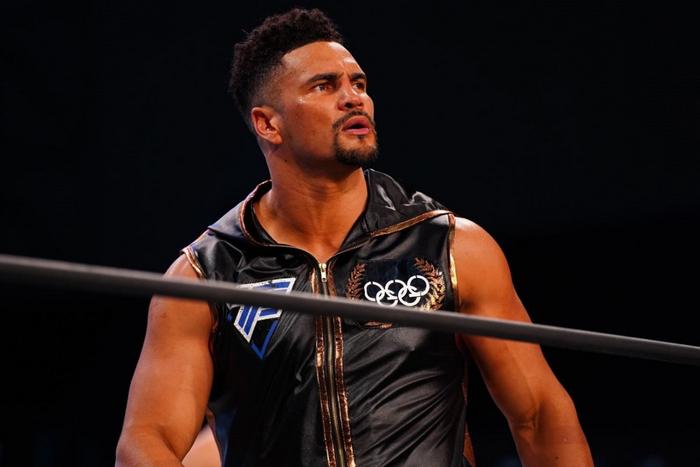 On Oct. 26, 2019, Anthony Ogogo was signed to an AEW contract and many in pro wrestling wondered who it was. Well, as we have learned especially recently, Ogogo is a former Olympic boxer who had to retire due to his eyesight. His professional record was 11-1 and had goals of becoming champion before having to put down the gloves. So he shifted to professional wrestling, something that other combat sports athletes have done in the past. While he was not featured on any AEW television like the rest of The Nightmare Family, he was training to get to this point. The moment he stepped into the ring, people knew who Ogogo was even if they didn’t. He had the look of an absolute star. And he put his quick hands to use by putting Cody Rhodes down with a body shot.

For QT Marshall, this was his X-Factor for The Factory. No one had seen Ogogo in the wrestling ring or knew what he could do. That made his in-ring debut even more of a must-see event. Of course, it didn’t last too long as one swift body shot to Cole Karter saw him crumble and the match end. But what it did do was establish to the world that Ogogo was going to be a problem. Joining The Factory gives Ogogo this chance to receive guidance from Marshall and Solow while showing the world what he is going to be capable of moving forward. At only 32 years of age, the sky may not be enough to limit the potential of Ogogo. He is now AEW’s most unique performer because of the knockout power he possesses in his punches.

That’s why The Factory makes sense. It’s finally time for Ogogo to be showcased to the world.