Tokyo Joshi Pro Wrestling returns to Korakuen Hall with their show Still Incomplete, featuring all of the titles on the line including Maki Itoh challenging Rika Tatsumi for the Princess of Princess Championship. Here is what viewers can expect heading into TJPW Still Incomplete.

TJPW Still Incomplete will kick off with a fun tag team match. Sena Shiori has been shining in tag matches recently alongside her partner Hikari Noa, including on the debut of TJPW’s All-English show, That’s J-PW. Her partner for this match, Marika Kobashi, picked up a victory with Noa at the last TJPW show and has gone against the current International Princess Champion, Yuki Kamifuku, in a non-title match. Across the ring are two rookies, Moka Miyamoto and Arisu Endo. While neither has picked up major wins in the promotion, they have been improving with every match that they’ve had. Endo, in particular, has been increasingly impressive despite only debuting back in January. This should be a typical light opener for TJPW.

Once again, Yuna Manase returns after leaving the promotion. The few appearances she has made in the company have mostly been working with the lesser experienced wrestlers on the roster, which has been beneficial. On the smaller TJPW shows, Haruna Neko and Mahiro Kiryu have been given opportunities in the main event and singles matches to show their ever-improving work. Miu Watanabe has been given multiple big opportunities recently with the new TJPW shows Inspiration and That’s J-PW, even on the losing end. Both Raku and Pom Harajuku have been given opportunities of their own to showcase themselves. These have been working given much attention they have been receiving from the fans. This match could go either way but it will be enjoyable with all the fun characters included.

The only singles match that doesn’t feature a title involved could easily be one of the best matches on the card. Recently, Hikari Noa had one of the best matches of her career, which saw her take on Rina Yamashita in a hardcore match. This upcoming match will be the perfect chance for Noa to get another big win under her belt. Miyu Yamashita has been busy training the new idol signing Yuki Arai, but that hasn’t slowed her down for a second. Yamashita has been picking up big tag team wins alongside the likes of Maki Itoh and Mirai Maiumi. This match could easily get lost in the fray because of all the attention being on the main event, but fans don’t want to miss out on this one. 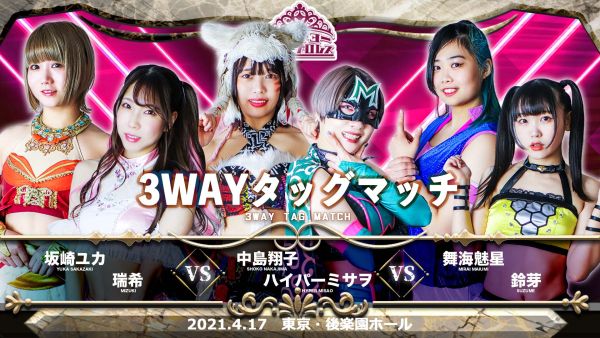 Yuka Sakazaki and Mizuki vs. Shoko Nakajima and Hyper Misao vs. Mirai Maiumi and Suzume

A tag-team triple threat between three incredible tag teams has the makings of a chaotic mess in the best way possible. Hyper Misao is more than likely going to take over the match with her wild antics alongside her partner, Shoko Nakajima, much to the delight of their fans. Maiumi and Suzume have been given good time to shine in tag matches; recently, Suzume had a good showing in a triple threat with Mizuki and Yuki Kamifuku despite losing. The team of Yuka Sakazaki and Mizuki continue to pick up victories, solidifying themselves as one of the best tag teams in the division. This may set them up to easily get the victory in this match. Being a bridge between what is set to be two strong matches, this will be a refreshing breather as TJPW Still Incomplete heads into the latter half. 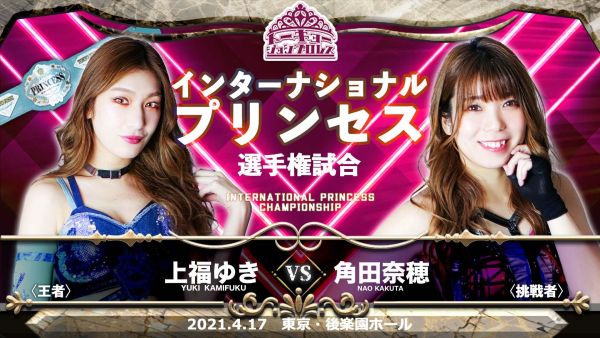 Yuki Kamifuku has her 3rd defense in this match against Nao Kakuta. The latter has steadily been getting wins in multiperson tag team matches and has proven herself in the ring since she signed to TJPW back in October. Even in matches where she is on the losing team, Kakuta has not been the one to take the pin, solidifying her as a contender for “Kamiyu’s” title. So far, in “Kamiyu’s” reign, she has had some incredible matches that have lifted her to the next level in TJPW, setting her apart from everyone else. Her defense against Mirai Maiumi was one of the best matches she has had in the company. Facing someone that has been on quite a successful run like Kakuta will be a good challenge for Kamifuku. This match could go either way but the champion looks set to continue her reign at TJPW Still Incomplete. 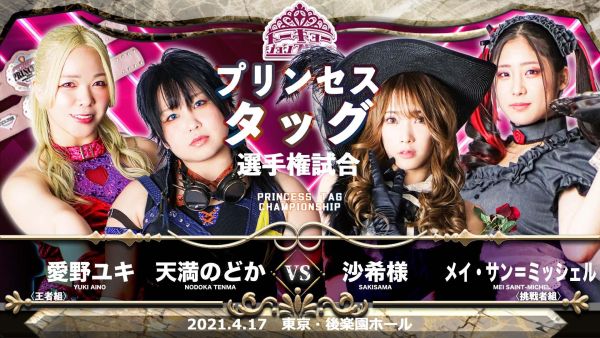 The winners of the MAX HEART Tournament, NEO Biishiki-gun, take on the champions, the BAKURETSU Sisters, in the semi-main event of TJPW Still Incomplete. The champions have held the titles for 160 days going into this match, making this their third defense since winning. Compared to the likes of Sakisama and Mei Saint-Michel, Nodoka Tenma and Yuki Aino’s other defenses have been against teams that haven’t been on the same level as their opponents. Thus, it doesn’t bode well for the champions. Since Mei Saint-Michel joined NEO Biishiki-gun, she and Sakisama have been near unstoppable despite the few appearances that they make. Given the dominant force that Sakisama and Saint-Michel have been, it looks very likely that Tenma and Aino could drop the titles.

After pinning the Princess of Princess Champion during the MAX HEART Tournament, Maki Itoh thought it was about time she had a match for Rika Tatsumi’s title. However, following the loss in the finals to NEO Biishiki-gun, “Itoh-chan” took a short trip to AEW and it has drawn an incredible amount of international attention to this match. Although Tatsumi has held the title for over 100 days, her defense against Miu Watanabe sparked positive attention her way. Ultimately, though, her reign so far has been a little lackluster, especially after beating Yuka Sakazaki for her title. As Itoh has been getting better and better with each match this year, it looks like she could very well be leaving Korakuen Hall with the title and heading into CyberFight Festival as champion.