No Peace Underground returns to FITE with its WrestleMania Week event, Shallow Graves! This will take place at midnight, making it a show for hardcore wrestling fans to stay up for and anticipate. No matter how weary fans may be due to the events that preceded this one, this should prove to be another exciting show. From Su Yung to Mance Warner to Alex Colon and beyond, there are many solid independent talents set for this card. Here is the card set for No Peace Underground – Shallow Graves, set to take place from The Cuban Club in Ybor City, Tampa, Florida. The bell time is 11:55 PM, so don’t miss it! 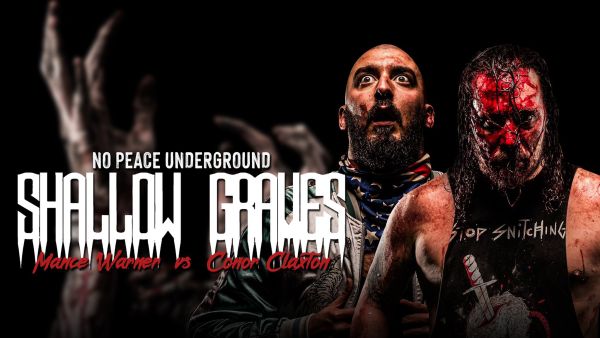 Time to open up a couple of tall, cold ones; Mance Warner is set to compete at No Peace Underground – Shallow Graves. “Ol’ Mancer” hasn’t had any trouble keeping busy in 2021 thus far. Whether in Game Changer Wrestling or elsewhere, wherever he’s wrestled, he’s been a force to be reckoned with. It’s also important to note that this isn’t his first appearance for NPU; back in January, he teamed with the other members of The Second Gear Crew to pick up a victory in a six-man tag team contest. Making his second appearance for NPU, what will await “Mancer?”

Armed with his trademark wrench, Conor Claxton knows exactly how to use the environment around him to his advantage. In 2021 alone, not only has been a mainstay for NPU but Unsanctioned Pro and other independent organizations as well. Claxton’s reputation speaks for itself; he is a former CZW Medal of Valor Champion and four-time Anarchy Champion for Vicious Outcast Wrestling. Claxton has faced Warner over the past few years, with the latter coming out victorious in most of those encounters. Tune into Shallow Graves to see if the wrench-wielding brutalizer can shift matters back in his favor. 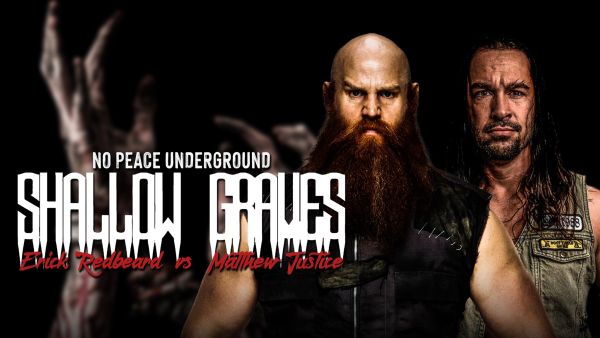 Making his No Peace Underground debut, at Shallow Graves, is the six-foot-eight “redwood” known as Erick Redbeard. Though he may be best known to WWE fans as a three-time tag team titleholder, Redbeard has been leaving an impression in various promotions. Most recently, at the GCW Fight Forever event, he defeated Homicide during the Rockstar Knights block. Armed with insurmountable strength and an unyielding demeanor, Redbeard intends to leave Shallow Graves as the victor. However, to do so, he will have to overcome an opponent that isn’t shy about taking things to the extreme.

From New South Pro Wrestling to Game Changer Wrestling, Matthew Justice is a rough-and-tough wrestler through and through. In fact, it was through GCW that many fans have become familiar with the hardcore offense of “Thrash Justice” himself. He may not have the prettiest arsenal, but when it comes to getting the job done, Justice seldom fails. With that said, he will enter Shallow Graves to take on a man with a wealth of wrestling experience. Can he pick up a sizable victory over Redbeard or will it be the “redwood” himself that starts things off with No Peace Underground on a solid note? 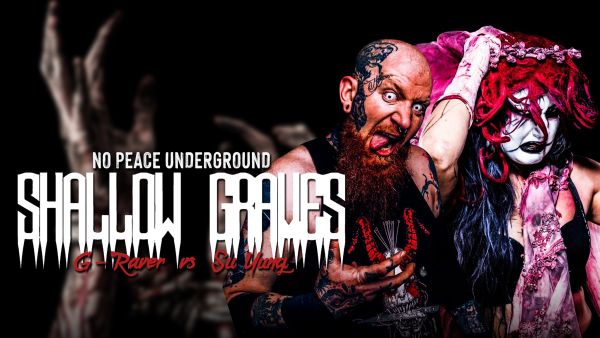 This upcoming match between two diametrically opposing personalities should prove to be nothing short of a brutal encounter. Longtime independent wrestling fans will undoubtedly be familiar with G-Raver, who can best be described as a deathmatch specialist. Whether against Jimmy Lloyd, Cole Radrick, or any other competitor in front of him, the former VOW titleholder has left them hurting. G-Raver has endured painful injuries, lengthy recoveries, and came back wanting more. However, at Shallow Graves, it’s safe to assume that he hasn’t faced anyone quite like his ghastly foe in the form of Su Yung.

For IMPACT Wrestling fans, in particular, Su Yung may be seen as a mistress of disguise. Many fans may say that she bears a striking resemblance to the businesswoman known simply as Susan. Comparatively, Su Yung’s persona can be compared to that of a horror movie villain. No matter how many times she may fall, she doesn’t fail to rise again, ready to deliver pain to whomever she deems fit. “The Undead Bride,” on paper, is the perfect opponent for someone as inclined to cause pain as G-Raver. If viewers go into this one expecting a clean contest, they will be in for quite a surprise.