The Road to WrestleMania is well and truly underway now. Over the next few weeks, we shall continue to see the card take shape and tonight’s installment of Monday Night Raw will continue that trend. In typical WWE fashion, only one match has been announced ahead of tonight’s show. However, there are a couple of segments announced which are worth taking a look at.  Let’s get to it. 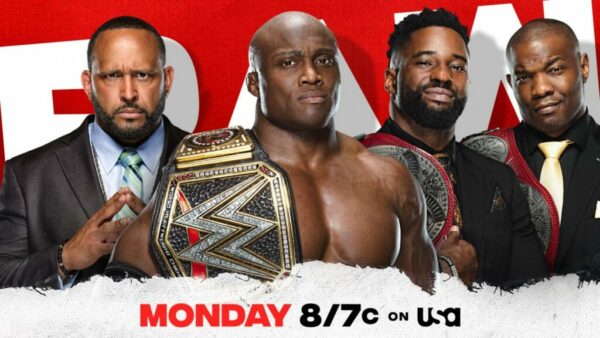 Remember on last week’s RAW, when The Hurt Business (MVP, Shelton Benjamin, and Cedric Alexander) assisted Lashley to a win over Sheamus? Well, Lashley was furious with his allies for making him look weak. That makes sense, right? At the end of the day, Lashley is The All Mighty – the dominant, seemingly unstoppable juggernaut of a world champion who does not require help to beat anyone. Well, later on in the show, Lashley decided to put a mobster-like hit on Drew McIntyre – because the dominant, seemingly unstoppable juggernaut of a world champion clearly changed his mind, little over an hour after his outburst. This, quite honestly, does not make a whole lot of sense. Lashley’s character does not need to be putting out hits on people and if he does, then he should not have been angered by the Sheamus incident. Regardless, WWE is teasing that McIntyre could be attacked on tonight’s Raw. Who might the attacker be? Tune in to find out. 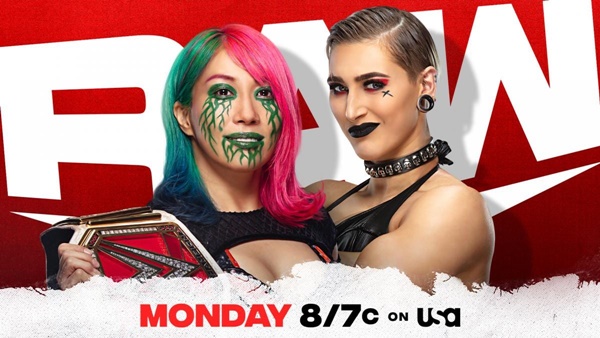 For weeks-to-months, there were plenty of us who were growing weary over the WWE’s treatment of Asuka and the RAW Women’s Championship. She has been one of the standout performers of the COVID-19 era and has held the title for an impressive 215 days. Yet, until just last week, she did not have a match at WrestleMania as the RAW Women’s Championship has barely been featured and has been absent from a number of recent PPVs. Now, however, this all looks set to change as a worthy challenger steps forward. Rhea Ripley is a future star who can make an impact. At just 24 years of age, Rhea has already had a highly impressive career. At just 21 years of age, she became the inaugural NXT UK Champion. She has had one of the more memorable NXT Women’s Championship reigns, too – a reign deservedly compared to the likes of Sasha Banks, Bayley, Shayna Baszler, and, of course, Asuka‘s. She has had a big WrestleMania match already, too, against Charlotte Flair – who dethroned Rhea as champion last year. Since then, Ripley has been on a path to redemption. Tonight’s contract signing is one of the finishing touches of said redemption. Ripley is ready for Asuka. 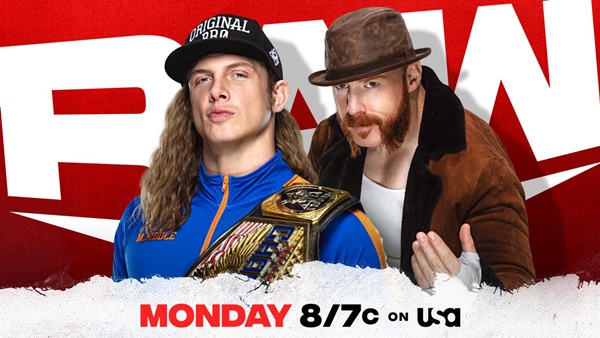 Riddle has been on something of a roll as of late. At WWE Fastlane, he finished off Retribution for good when he defeated Mustafa Ali to retain the US Championship. Tonight, he faces a decorated former champion in Sheamus, who will no doubt prove to be a worthy foe for the current champion. Tonight’s match is a non-title match, which makes sense because Sheamus has not won a match since February 22, when he defeated Jeff Hardy. Riddle was attacked by Sheamus on Raw last week and this feud now looks like one which will lead to a big championship match at WrestleMania. Both competitors are stiff, legitimate fighters in the ring and this could lead to some fun matches going forward. Both are very good characters, so the feud itself should be fun, also. Make sure to tune in to Monday Night Raw on USA Network tonight at 8/7c to catch the action.