On Sunday night, WWE will hold their last major stop before WrestleMania as the superstars head into Fastlane. The card is shaping up to be one of the better ones you will see for a pre-WrestleMania show. Here’s a look at the WWE Fastlane predictions and full card for Sunday night. 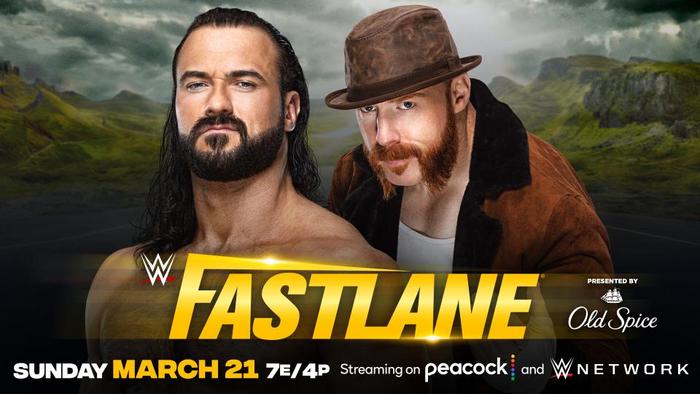 Drew McIntyre and Sheamus have been at each other’s throats since before Elimination Chamber. “The Celtic Warrior” turned on his friend with hopes of winning the WWE Championship in the process. Unfortunately for Sheamus, McIntyre lost the title following the Elimination Chamber as Bobby Lashley attacked McIntyre, allowing The Miz to run down and cash in the Money in the Bank briefcase. These two have had two prior battles against each other on Raw, with McIntyre winning the first and them both being counted out in their second battle. Lashley should be expected to get involved in some way when it comes to this match as the No Holds Barred stipulation could open up the door for anything. Considering the actions of Lashley on Raw Monday, both men seem to be in his line of sight.

This rubber match will be hard-hitting but someone should walk away as the winner of the feud once and for all. 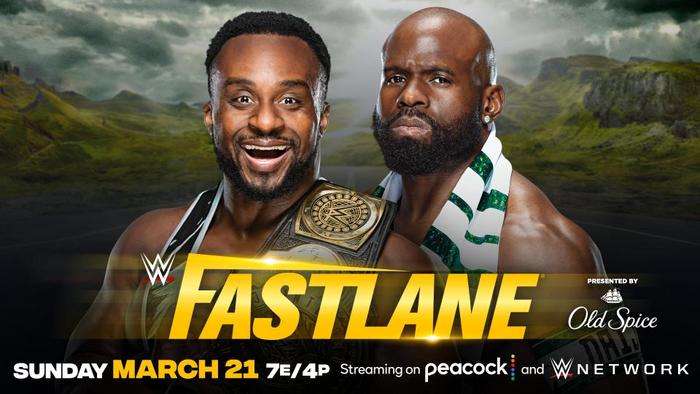 There may be no better feud going in WWE than the one between Big E and Apollo Crews over the Intercontinental Championship. One time friends have become bitter enemies as Crews looks to take the title from Big E. The challenger has dramatically changed who he is on television, embracing his Nigerian heritage as “The Nigerian Prince.” What has come with this new attitude for Crews is completely new aggression in the ring. Big E has been able to match him in terms of that aggressiveness, showing real anger, week after week, since returning from the injury that Crews handed him. They’re going to tear at each other and there’s a good chance either man walks out as the winner. This feud deserves to carry on to WrestleMania. 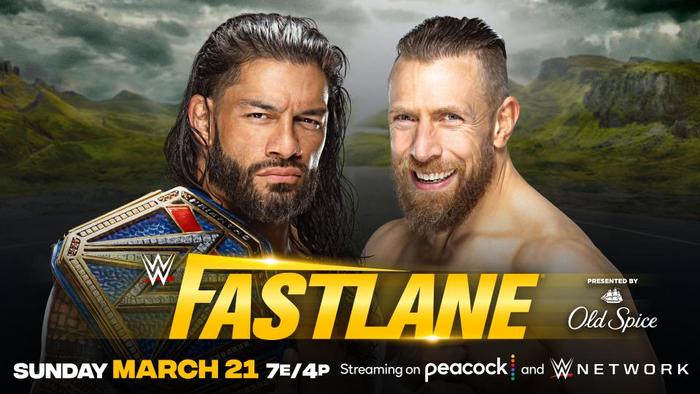 It’s rare a match that is worthy of WrestleMania happens at the pay-per-view before it, but here we are. Universal Champion Roman Reigns was hoping to go into the WrestleMania main event against Edge without any roadblocks but the self-proclaimed “best wrestler in the world” Daniel Bryan has other plans. The challenger survived the Elimination Chamber last month to face Reigns for the Universal Championship but was instantly met by the champion in a match that didn’t even last five minutes. Bryan took exception to that and called out the champion, working his way to another opportunity for the title. Bryan defeated Jey Uso in a Steel Cage match to earn the shot at the title at Fastlane.

The biggest curveball in this situation is Edge, who was angered by Bryan’s strategy to get himself inserted into another match with Reigns due to the fact Edge had made his Royal Rumble decision already to face “The Tribal Chief.” But no fear, “The Ultimate Opportunist” managed to get involved in the match anyway, defeating Uso to become the special ringside enforcer to keep the match down the middle. This should lead to an interesting match where Bryan vows to make Reigns tap out for the first time in his career.