On Sunday, Pro Wrestling NOAH presents Great Voyage Fukuoka. This show is coming off the heels of Great Voyage in Yokohama. This show has two title matches and a lot of interesting pieces involved. Also marking the first GHC Junior and GHC Heavyweight Championship defenses since Nippon Budokan. 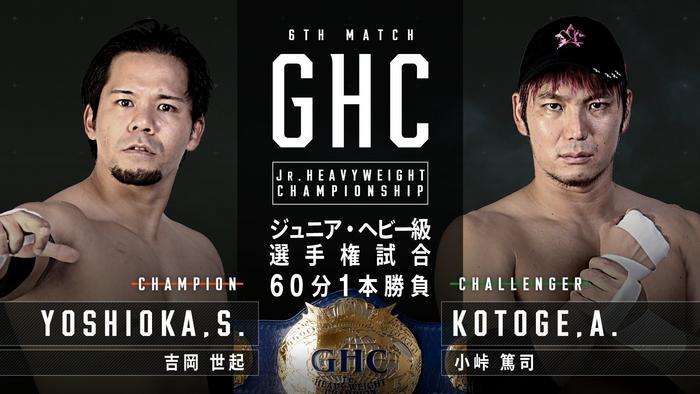 While this is formed from Atsushi Kotoge challenging Seiki Yoshioka after winning the title in Nippon Budokan, this is a match that has been building for a little over a year. Yoshioka came to NOAH after the shutdown of Wrestle-1 as a member of the Sugiura Army. At the time Atsushi Kotoge was a member of the STINGER unit. However, due to them bringing in HAYATA and not confronting him about it, he left STINGER and wanted to join the Sugiura Army with Seiki and Hajime Ohara. NOSAWA Rongai simply declined his entry, which led to him being beaten down by Seiki. Then Seiki, Kotoge, and Ohara would go on to form the unit FULL THROTTLE.

During that time Seiki and Kotoge bumped heads a lot with both of them claiming leadership. Before they had a show where they crowned a leader and Kotoge won. As they started to gel things changed, as Daisuke Harada had to be turned on by YO-HEY and he was on the receiving end of a beating. His old partner, Kotoge, came out to save the day. Reforming their old team and essentially ejecting Kotoge from Full Throttle. Since then they’ve faced off in tag matches, but nothing beyond that. Now that Yoshioka has the Junior belt, Kotoge looks to take the belt from him. Will he succeed, or will Seiki roll on as champ? 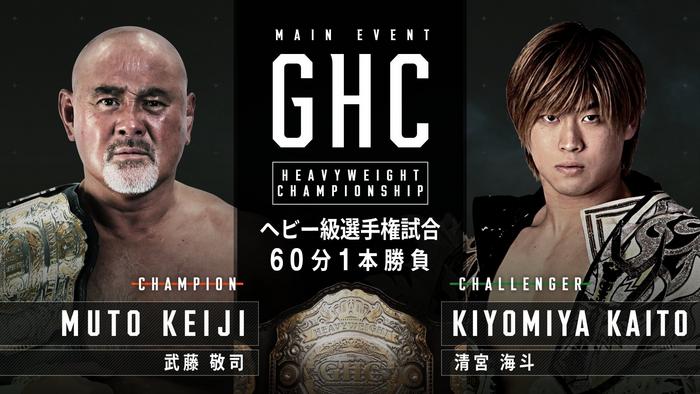 This match happened last year when Kaito Kiyomiya was practically begging for a singles match against Keiji Muto. Muto basically hoped the match would be his gateway to the GHC Championship. While Kaito felt he needed to beat Muto, Muto emerged victoriously and went on his quest for the GHC Heavyweight Championship. Kaito had a rocky road coming up short in his big title matches that followed. Things changed at Nippon Budokan after Kaito and Yoshiki Inamura defeated Jun Akiyama and Naomichi Marufuji that gave Kaito his confidence back. Muto went on to defeat Go Shiozaki for the title and was immediately challenged by Kaito. Many can tell Muto is taking this lightly, but will it come back to bite him?