Stardom follows up their triumphant debut at the Nippon Budokan with a trip to Korakuen Hall for the beginning of the Road to Yokohama Dream Cinderella.  This card features all of the fallout from All Star Dream Cinderella so let’s jump into the card.

Giulia Starts From The Bottom 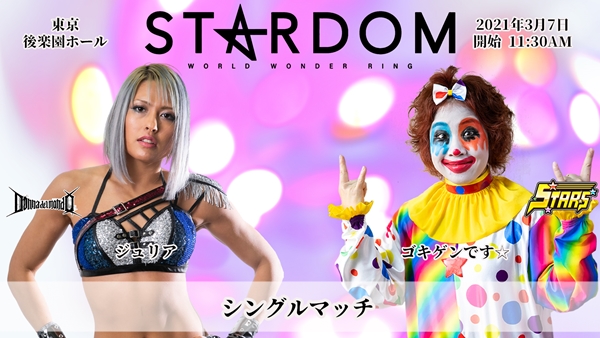 Following her defeat to Tam Nakano in the Hair vs Hair match at All Star Dream Cinderella Giulia is now bald and has pledged to start over.  That means she opens the show against Gokigen Death in a match that could go either way.  Giulia’s story should see her climb back up the card but a defeat to Death, who is very good at pulling wins out of nowhere, would be a great way to extend her story.

There will be new number one contenders crowned in the elimination match between Queen’s Quest, Donna Del Mondo, and Oedo Tai.  That match is also up in the air as any one of the three teams could come away with the win to challenge the Cosmic Angels.  The Queen’s Quest and Donna Del Mondo teams will likely go in as the favorites as QQ are no strangers to Artist Of Stardom dominance and DDM are always likely to be in the title picture. 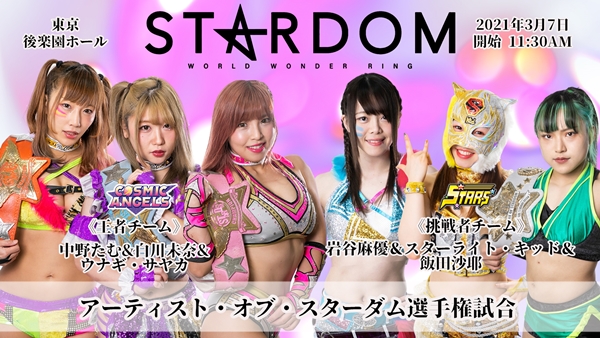 In a long-awaited clash STARS take on the Cosmic Angels with the Artist Of Stardom titles on the line.  The heat between the two factions goes back to Nakano and the Angels breaking away from STARS in a very rough break up that left a lot of tension between the two sides.  This match was set to take place in January but Mina Shirakawa was out with an injury until All Star Dream Cinderella.  These two teams will finally get to blow-off their feud as new Wonder Of Stardom Champion Tam Nakano looks to keep her good momentum rolling.  The Cosmic Angels are likely to retain here in their first defense of the titles as both Nakano and Unagi Sayaka seem to be in the midst of pushes while STARS are busy with their all-out war with Oedo Tai.