NXT has a massive two weeks ahead as the women’s division steps into the spotlight with two major title matches. This week’s WWE NXT card shows the tag team side of their division where they will be able to show out and maybe shock the world by defeating one of the most dominant teams WWE has to offer. Here’s a look at the complete WWE NXT card. 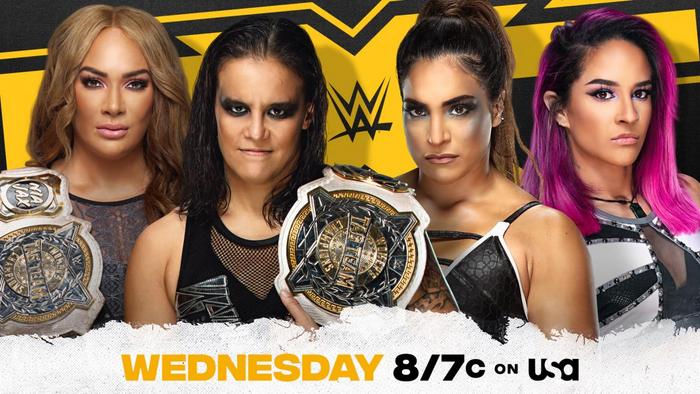 Winning the first-ever Women’s Dusty Rhodes Tag Team Classic was history in the making as is for the team of Raquel Gonzalez and Dakota Kai, but they have that much more opportunity to shine and make history this Wednesday night. They will face Nia Jax and NXT legend Shayna Baszler for the WWE Women’s Tag Team Championships. These titles have been defended a few times on NXT television but no team in the division have been able to take the titles and called it theirs. Possibly more than ever before, Gonzalez and Kai form a team capable of doing exactly that. Time will tell if they can in this massive main event. 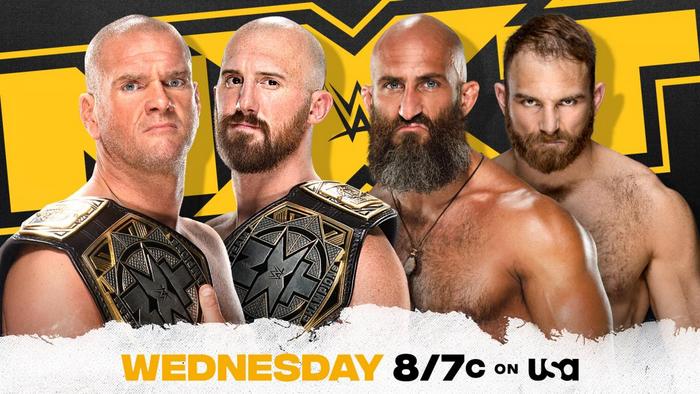 The NXT Tag Team Champions have a chance to get back into action the same night they were supposed to defend their tag team titles against MSK. Unfortunately, an injury to Wes Lee at the hands of The Grizzled Young Veterans leaves them out of their championship match for the time being. Fortunately for Tommaso Ciampa and Timothy Thatcher, this is an opportunity.  An opportunity to face the champions and set themselves up for a potential championship match down the road. This one should be hard-hitting and full of brutal strikes in what could be a fantastic bout.