New Japan Pro Wrestling has been around for almost 50 years, with the annual anniversary event taking place leading up to a NJPW staple tournament, the New Japan Cup. This year’s anniversary show is a little different, with history being made in the main event. Today, we take a look at the action to come at the NJPW 49th Anniversary Show. 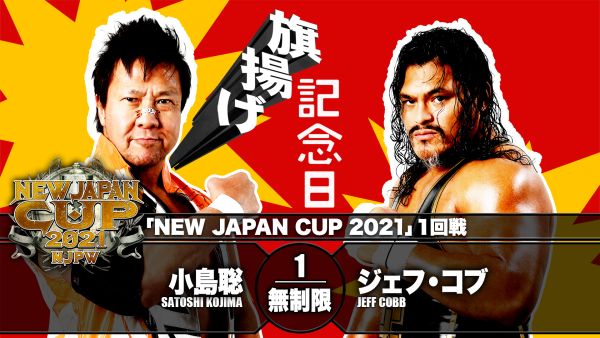 Satoshi Kojima vs. Jeff Cobb is the start of NJPW’s annual New Japan Cup. This tournament will crown the first contender for the IWGP World Heavyweight Championship. The winner will challenge the champion at this year’s Sakura Genesis show on April 4th. Barring the history of the New Japan Cup, these two have been feuding for weeks in the background of the feud between Kojima and Will Ospreay. Consider that Cobb recently returned to NJPW during Castle Attack. This seems like a win for Jeff Cobb, but I wouldn’t count Satoshi Kojima out. The winner will face EVIL on March 11th. 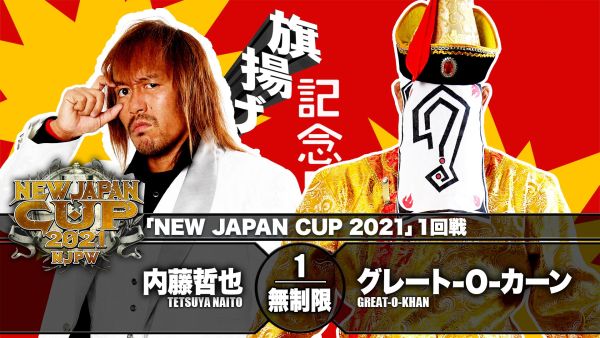 Tetsuya Naito was unsuccessful in the Castle Attack Tour, losing his IWGP Intercontinental Championship match against Kota Ibushi. Now, Naito looks to face off against someone who was also unsuccessful at Castle Attack with Great O-Khan. Keep in mind that Great O-Khan recently lost against NEVER Openweight Champion Hiroshi Tanahashi. Naito has a history in the tournament, winning it in 2016. Great-O-Khan doesn’t have such a history. Naito is a heavy favorite for any tournament he’s in, but this tournament might be an exception. Great-O-Khan might pull off a major upset here; it has been a theme for Naito to lose this tournament in recent years, especially in the first round. The winner will take on Toru Yano or Bad Luck Fale on March 11th. 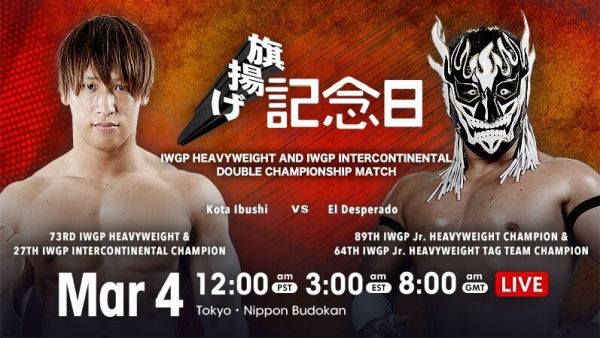 This upcoming match is also special in that it will crown the first-ever IWGP World Heavyweight Champion in a junior vs. heavyweight bout. Kota Ibushi seems to be a heavy favorite for this match, as many would doubt “Despy 4 Belts.” However, El Desperado may pull off a monumental upset in the main event of the NJPW 49th Anniversary Show. While it’s unlikely he will win, this is one of the most interesting bouts for El Desperado, who has hit a career renaissance in the past year. Whoever emerges victorious will face the winner of the New Japan Cup at Sakura Genesis. History will be made on March 4th.