Tokyo Joshi Pro Wrestling is primed to kick off the first round of the Max Heart Tournament in Narimasu, Japan. This is the first show of a weekend doubleheader, with the February 21st show featuring second-round tournament matches. The semi-final and final matches will take place on March 6th. Here is what TJPW viewers can expect at the onset of the Max Heart Tournament. 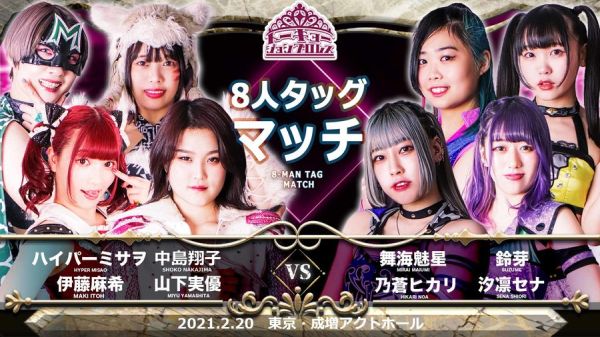 This show will kick off with a big eight-woman tag match featuring all the teams that get a bye to round two. Maki Itoh is coming off a huge showing on a big DDT show, which also featured Mirai Maiumi, as well as being a part of AEW’s Women’s World Championship Eliminator Tournament. Besides Itoh having said recent breakout moments, all of the women in this match have had great matches. This eight-woman showdown promises some great skills and a good amount of shenanigans. 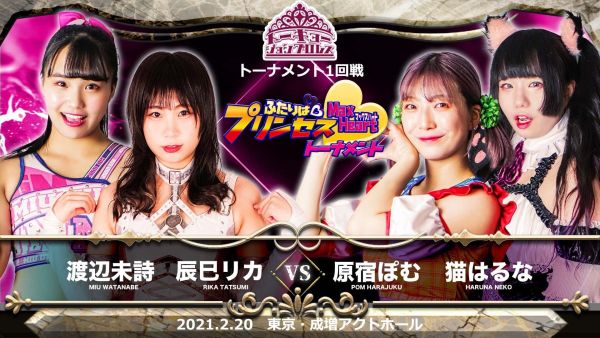 The former Princess Tag Team Champions Rika Tatsumi and Miu Watanabe team up again for the main event of the tournament. They recently had a fantastic match against each other for Tatsumi’s Princess of Princess Title, with the champion picking up her first title defense. They will go against the team of Pom Harajuku and Haruna Neko, who have great chemistry together. This will be a difficult battle for Harajuku and Neko, as the opposing team may very well pick up a win. However, fans shouldn’t count Harajuku and Neko out completely. The winners of this match will take on Miyu Yamashita and Maki Itoh in the second round. 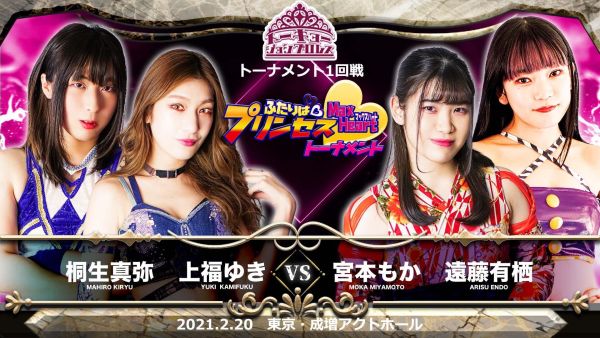 Recently, Yuki Kamifuku and Mahiro Kiryu faced the current Princess Tag Team Champions, Nodoka Tenma and Yuki Aino. While they didn’t win, Kamifuku and Kiryu remained entertaining. Arisu Endo will make her Max Heart Tournament debut in this match. Despite only being a month into her career, she shows a lot of confidence in her ring work. Moka Miyamoto is also less than a year into her career. This will be the first time Miyamoto and Endo team up, so it will be interesting to see what happens. While it could be close, the more experienced team of Kamiyu and Kiryu are likely to come away with the victory. The winning team will take on Hikari Noa and Sena Shiori in the second round. 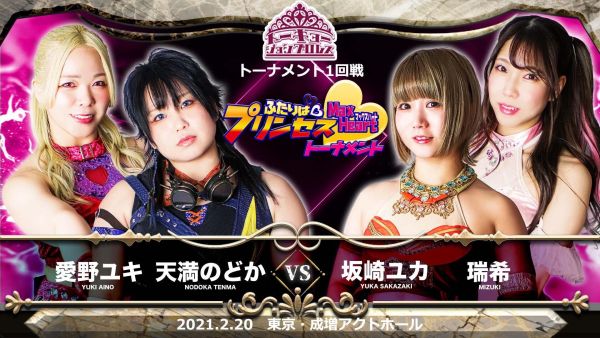 Two of the strongest teams in the Max Heart Tournament will face off in the first round. This is a match that fans could’ve expected in the finals. However, they will be treated to it early on. The reigning Princess Tag Team Champions, Nodoka Tenma and Yuki Aino, have been an unstoppable force, picking up some big wins in their title defenses and overall competition. Yuka Sakazaki moved onto the next round of the AEW Women’s World Championship Eliminator Tournament this past Monday. However, Sakazaki’s singles victory will have to be set aside. The Magical Sugar Rabbits have picked up victories in all of their matches together this year. Thus, the champions will have a difficult task in taking out one of the favorite teams in the tournament. The winners will face Hyper Misao and Shoko Nakajima in the second round.

NEO Biishiki Gun have made a few appearances in TJPW since Mei Saint-Michele joined the fold. Since then, they have been on a path for gold. Making use of her tray, Saint-Michele has been incredibly sneaky in her matches alongside Sakisama, which have made for some great gifable moments. NEO Biishiki Gun will have Marika and Up Up Girls‘ Raku, a pairing fans haven’t seen before. It will be interesting to see how they perform together. Continuing their quest to the top, it’s expected that NEO Biishiki Gun will take the win. The winners will face Suzume and Mirai Maiumi in the second round.