On Wednesday night, NXT will continue both the women’s and men’s Dusty Rhodes Tag Team Classic. There will also be a tag match seeing rivals faceoff with familiar foes. Here’s the preview for NXT. 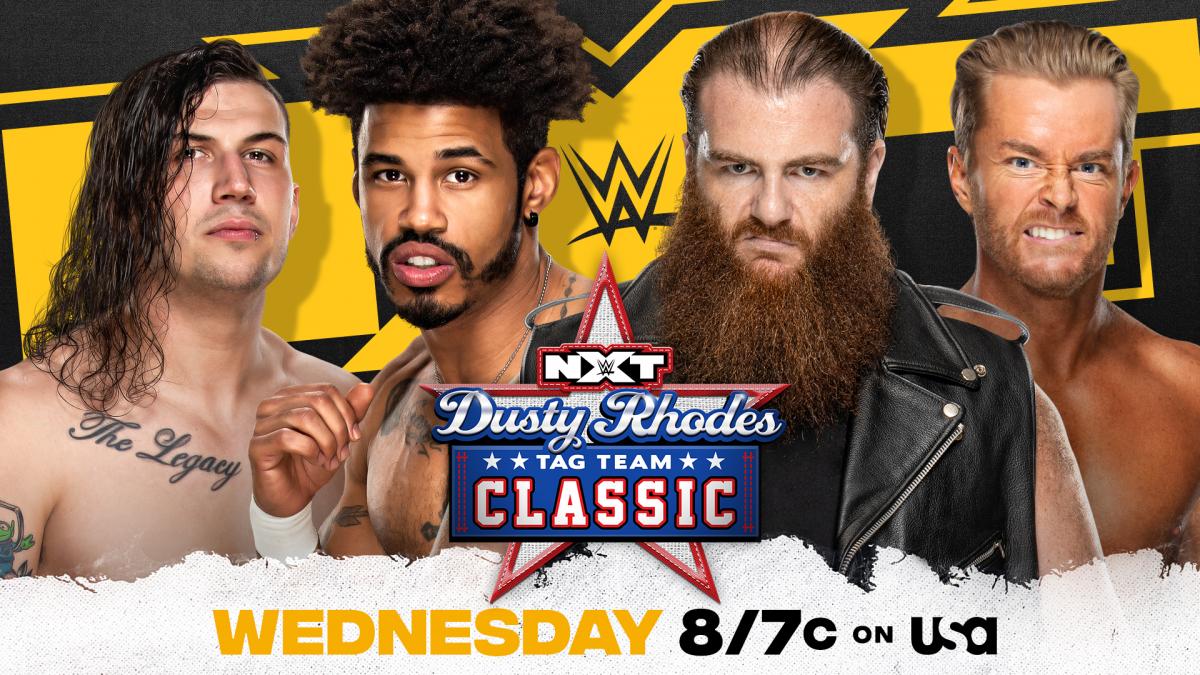 MSK dazzled in their NXT debuts in Round 1, defeating Isaiah “Swerve” Scott and Jake Atlas to advance. The former Rascalz Wes Lee and Nash Carter have promised that this is their way of showing the world they are the best tag team. If they can get through Dain and Maverick, they may prove it. On the other side is indeed Killian Dain and Drake Maverick, who have become a serviceable team in recent months and could shock the world if they defeated MSK in just their second match in NXT. This one will be a good clash of styles. 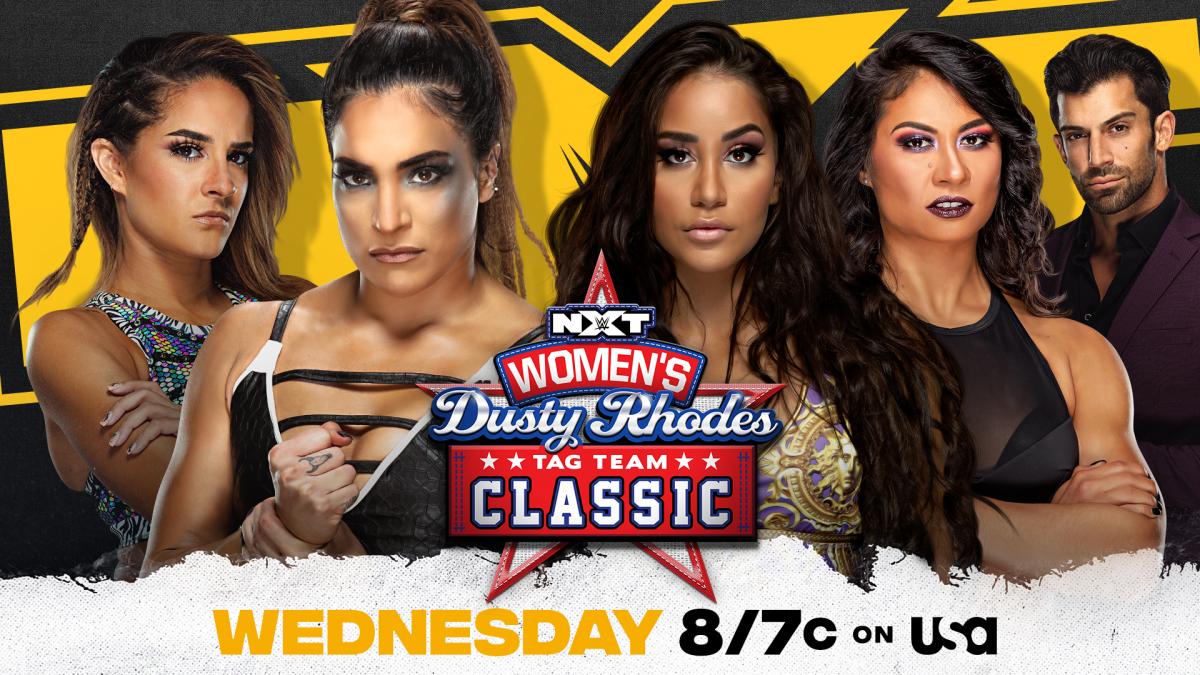 If the Robert Stone Brand can guide Aliyah and Jessi Kamea, a first time team, to a win over Raquel Gonzalez and Dakota Kai, everyone should want to join. That being said, Aliyah and Kamea have little to zero chance at defeated one of the truest teams in this entire tournament. Not only should we expect Gonzalez and Kai to win this one, but they are considered the favorites to at least make it to the finals on their side of the bracket. 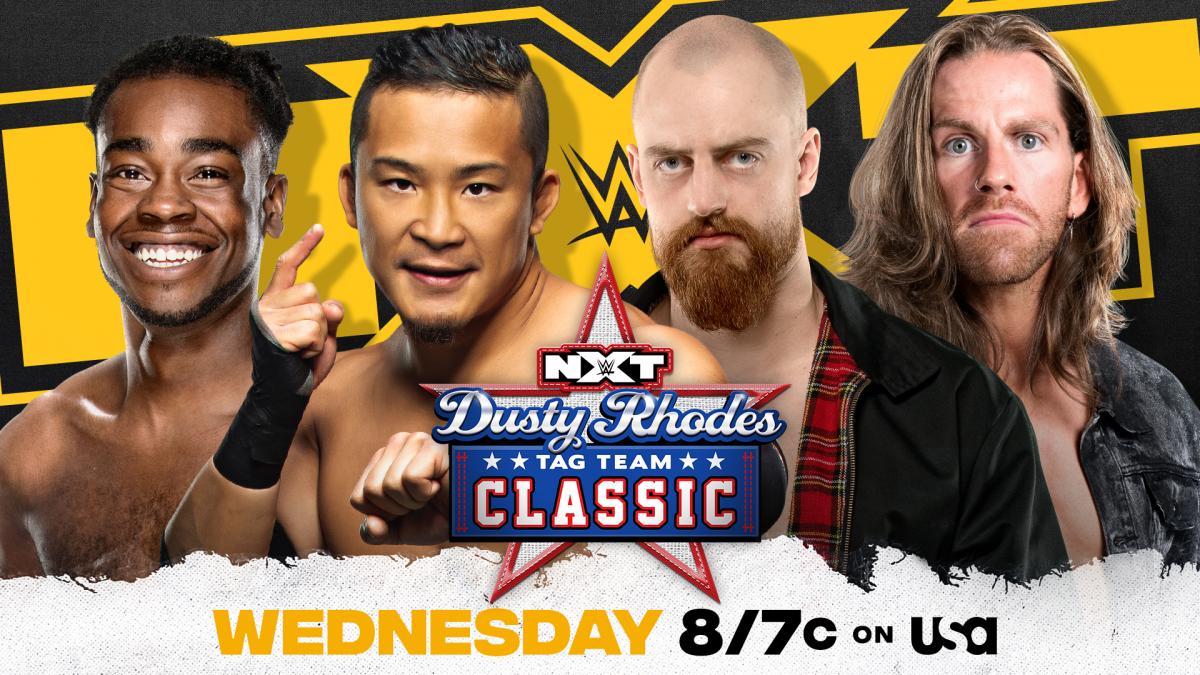 Leon Ruff and KUSHIDA stunned The Way last week to move onto the second round of the Dusty Cup. The Grizzled Young Veterans put away Ever-Rise two weeks ago to move on as they try to get to their second straight finals. This match could be incredibly good but expect Johnny Gargano and Austin Theory to ruin a good thing like they tend to do. 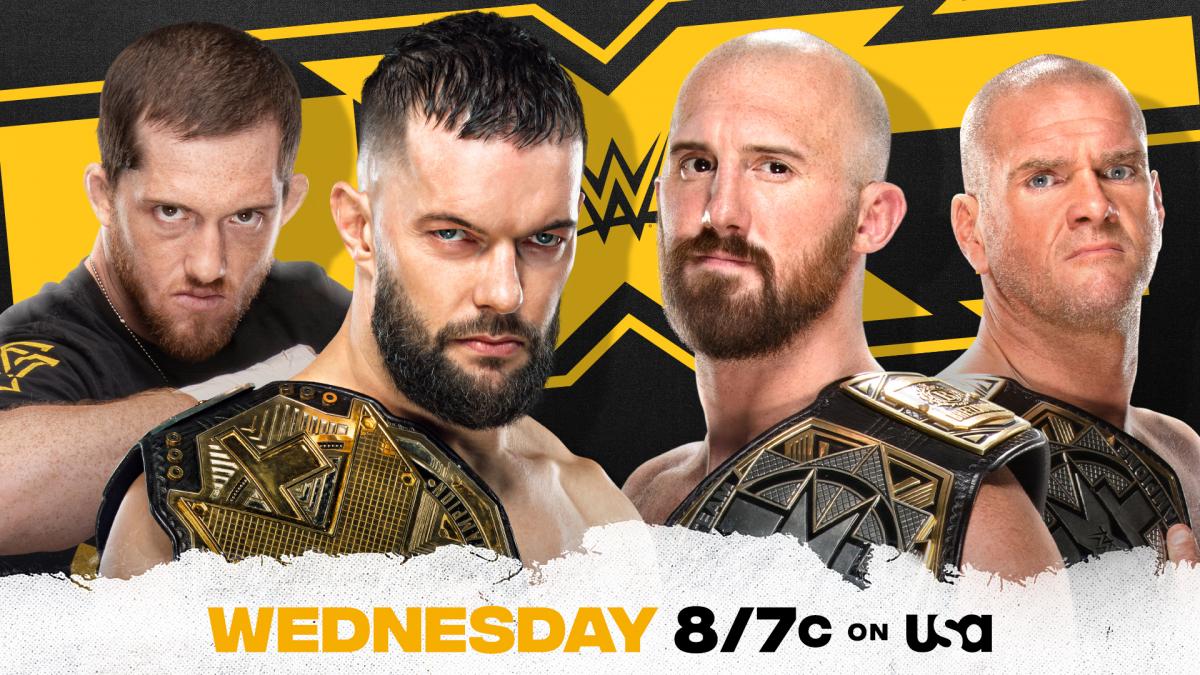 Sometimes the best friend is your greatest enemy. At least in this case it is for NXT Champion, Finn Balor. “The Prince” is looking to get payback at Pete Dunne by taking out his goons, the NXT Tag Team Champions Oney Lorcan and Danny Burch. So he went to his rival Kyle O’Reilly for back up. Not a bad choice since it was Dunne and company who attempted to seriously injury O’Reilly two weeks ago. This match should be interesting considering the last time we saw one of these teams in the ring, they were facing off for the NXT Championship.