Since it’s inception, the AEW World Championship has been treated with prestige and class. With this treatment, it has climbed the ranks in the world of professional wrestling as one of the most prestigious championships in all of wrestling, being up there with the likes of the WWE Championship and IWGP Heavyweight Championship. Not a bad group to be a part of. And right now, Kenny Omega seems to be on a run with the title that can only raise that class even more. But we are not about the present always, but looking to the future for AEW and their world championship. In this article, we will look at who could be the next three AEW World Champions in the coming years.

AEW remains stacked with talent that can compete for the championship and ultimately win it someday. Whether it be the most recent champion Jon Moxley who is certainly going to win that back eventually or someone like PAC who has yet to compete for it but will be down the line, there’s a number of names that will be in the running. Kenny Omega is going to hold this title for a while. However, if you look at the way stories have been told and what could be on the horizon, the next three AEW World Champions should be almost expected.

Here’s who we believe will be holding that big gold belt in the future. 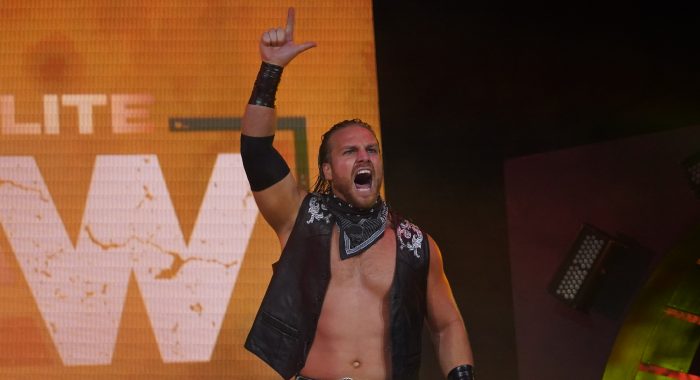 Since AEW was a company, it felt guaranteed that Hangman Page would be their world champion down the line. He was one of two wrestlers to have a shot at becoming the inaugural champion, and that’s where Chris Jericho defeated Page to win the AEW World Championship. There have been multiple occurrences since then that it seemed it could be Page’s time. It has yet to be the case. He lost a match to the current champion Kenny Omega at Full Gear that could have been his redemption and now seems directionless. But rather than being that, he is simply trying to better himself to be ready for when his time does finally come.

The story has been one of the best told by AEW so far. Page is insecure about who he is. The drinking and struggle he shows in his appearances on television mirror how he is feeling. He was set up and proclaimed as the major player for AEW and had all these expectations that he has not fulfilled. Much like Omega in a sense, which made their tag team so perfect. When they finally lost the titles, it was a sadness we saw from him and a determination out of Omega to move on from Page, who he somewhat felt was holding him down from what he’d eventually become. Page isn’t forgetting that loss and will build himself up to the point to take on his former partner. When that match comes, Hangman Page will be AEW World Champion in the ultimate redemption. 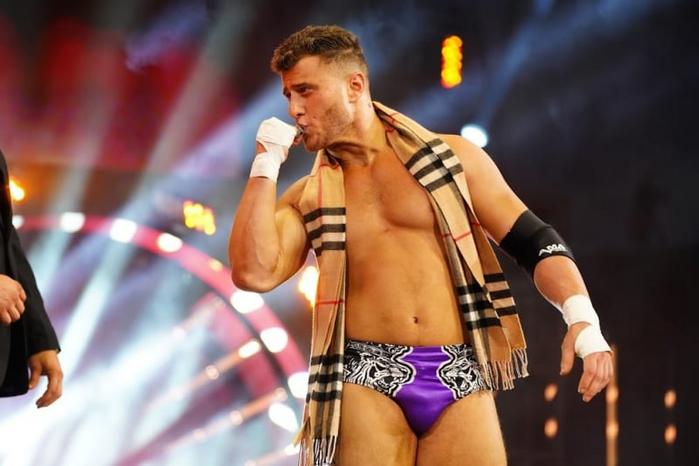 Maxwell Jacob Friedman has long been considered a future world champion. Maybe the top guy in the business today seen as a future world champion. And the time will come. Some even thought that All Out in 2020 was his time, but he came up short against dominant AEW World Champion, Jon Moxley. It just wasn’t time for “The Salt of the Earth,” but the time will come where one of the best heels in the company holds the title above his head.

We look at Hangman Page as the perfect babyface to uncrown Omega when the time comes, but MJF would be even more perfect to end that reign that Page worked so hard for. What’s better heel work than ending the long time dream of the top babyface in the company. Nothing. MJF should have the help of Wardlow to assist him and it will be the crowning moment for one of the best prospects in AEW.

The promos will be perfection, the reign with being undeniable, and MJF will be AEW World Champion soon enough. It is inevitable. 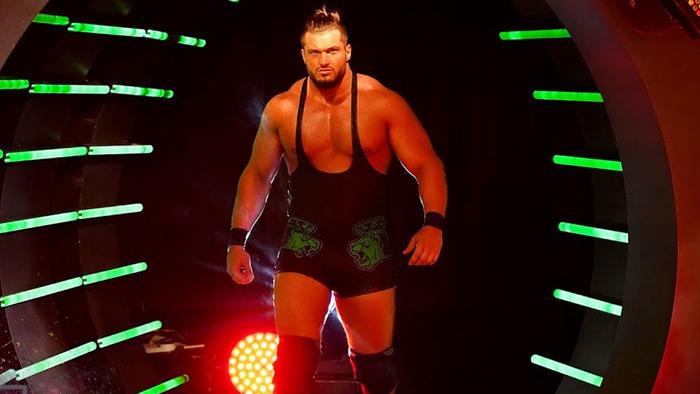 And finally, we get to the finish line of the next three potential AEW World Champions. The finish line happens to be the future of AEW when it comes to developing the ideal babyface. As said when discussing a potential MJF championship reign, we added that Wardlow would be there to help him. At some point in that reign, MJF is going to bite more off than he can chew. We have already seen MJF treat Wardlow far too poorly and the run will eventually come. Maybe he gives up on MJF before that. But the only man that should take the title off of MJF when his title reign comes is “Mr. Mayhem.”

If you saw the latest episode of Dynamite which was night one of New Year’s Smash, you saw how good Wardlow can be. He and Jake Hager had a match of the titans, going toe-to-toe. Wardlow had no problems with Hager, the former world champion in his own right. And the pop that he got was that of a major babyface. Reports in the past have said that sometime down the road, Wardlow will be on his way to a major babyface push. For good reason, and he should be world champion within the next two years. If it were to come at the destruction of MJF, it’d be that much better.

Wardlow is going to be AEW World Champion. It’s simply a matter of when not if. He’s one of the best big men in wrestling and his explosiveness will raise him to new heights.