WWE has had many additions to its Performance Center in Florida over the past year, but across the pond in the United Kingdom, NXT UK has also had its fair share of new additions in the same period. The WWE Performance Center’s website has officially updated to include all the new additions who have joined NXT UK during the pandemic era and are training at the NXT UK Performance Center in London, England. Many of the names have already appeared on NXT UK programming in 2020 and 2021, while some have yet to make their debuts on television.  Let’s take a look at what the NXT UK roster update revealed 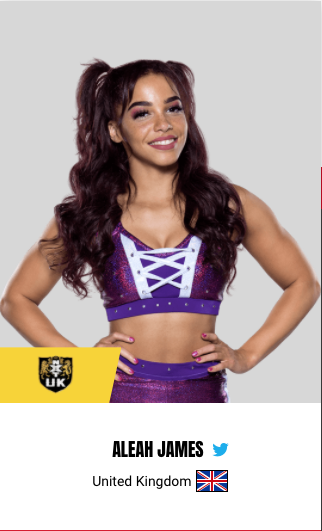 One of the top women’s prospects in the UK and someone who only made her pro wrestling debut in 2019, Aleah James took the UK indie scene by storm, competing for such UK staples as Revolution Pro (RevPro), Pro Wrestling EVE, Schadenfreude & Friends, and ATTACK! Pro Wrestling. Aleah James made her NXT UK debut this past November – in an enhancement style loss to Jinny – but now that she’s been officially added to the WWE Performance Center recruit list, it appears she’s finally joined the UK brand. 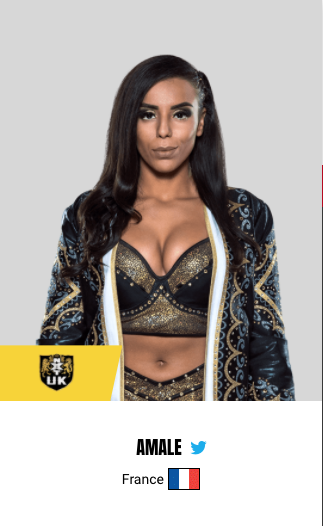 Amale Winchester was an 8-year veteran of the European indie scene, starting in her native France with the likes of Tiger Pro Wrestling and Association les Professionnels du Catch (APC), as well as in Belgium with International Catch Wrestling Alliance (ICWA) and in Germany with WrestlingKULT. In 2019, she made her debut with Germany’s top indie promotion, Westside Xtreme Wrestling (wXw), and that June she won the wXw Women’s Championship (which she still holds). She made her debut with NXT UK in February of 2020 but has been used primarily in enhancement roles, but in August, she revealed she had officially signed with NXT UK, becoming the first French-born woman to sign with WWE. 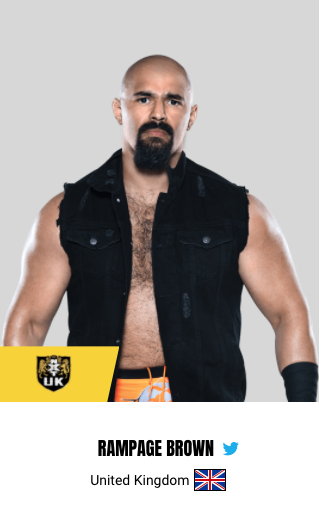 One of the UK indie scene’s battle-hardened veterans, the 37-year old Rampage Brown has worked in nearly every major UK indie of the past 20 years, such as PROGRESS, RevPro, Insane Championship Wrestling (ICW), World of Sport, Defiant/WCPW, IPW, and many more, including appearances for Ring of Honor during UK tours. He’s a 2x Defiant World Champion who has also held the top titles in PROGRESS, World of Sport, Tidal Championship Wrestling (TCW), and others, and is also currently one-half of the RevPro British Tag Team Champions with New Japan’s Great O-Khan. Brown made his debut on NXT UK in November of 2020 and has immediately been pushed to the forefront, as he’s currently undefeated in three appearances. While it was his NXT UK debut in 2020, Brown has actually competed for WWE prior – in 2008 (as Oliver Biney) he was on the receiving end of the Hall of Pain himself, Mark Henry, on ECW on Sci-Fi from a taping in Manchester. 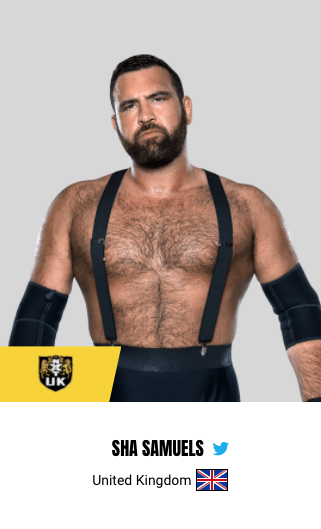 Much like Rampage Brown, Sha Samuels has been a staple of the UK indie scene for close to two decades and is a former 2x All England Champion, as well as RevPro British Heavyweight Champion and IPW:UK World Champion. Since 2014, he’s been one of the top stars of Scotland’s ICW (whom he still appears for on the WWE Network), but he has yet to make his debut for NXT UK on television. 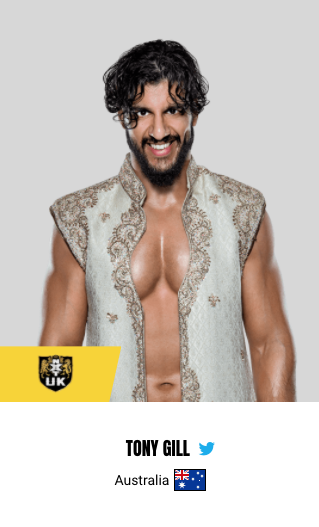 If Tony Gill looks familiar, you may remember him from his 2018 to 2019 run with IMPACT Wrestling as part of Gama Singh‘s Desi Hit Squad under the name Gursinder Singh. Born in the UK and raised in Australia from the age of 8, Gill moved to Canada in 2015 to train under Lance Storm and has been a part of the Canadian indie scene ever since with the likes of Destiny Wrestling, Smash Wrestling, Border City Wrestling (BCW), and Real Canadian Wrestling (RCW). Gill has yet to make his debut on NXT UK television.