IMPACT! Wrestling returns to AXS TV this Tuesday. Following arguably their most successful end-of-year to date, with their partnership with AEW allowing Kenny Omega to bring more eyes to the product than ever before, they look to start the new year off with a bang. Here’s everything to look forward to on this incredibly packed first episode of IMPACT in 2021, including the newly reignited feud of Sami Callihan vs Eddie Edwards.

Kenny Omega & Don Callis Will Appear with The Good Brothers

Possibly the biggest news around the wrestling world at the end of 2020 was the shocking allegiance formed between IMPACT Vice President Don Callis and the new AEW World Champion Kenny Omega. With Tony Khan‘s spiteful blessing, Omega and Callis have been allowed to appear backstage on IMPACT. However, during the last full episode of IMPACT of 2020, Omega reunited with former Bullet Club stablemates and IMPACT Tag Team Champions The Good Brothers, Luke Gallows and Karl Anderson, and jumped IMPACT World Champion Rich Swann and The Motor City Machine Guns. This forced the hand of IMPACT management, making official a six-man tag team match for Hard to Kill on January 16th. To promote this match (and possibly make a statement at IMPACT’s expense), “The Cleaner,” “The Invisible Hand,” and The Good Brothers will appear in some capacity tomorrow night. What will this group have in store for the IMPACT roster? 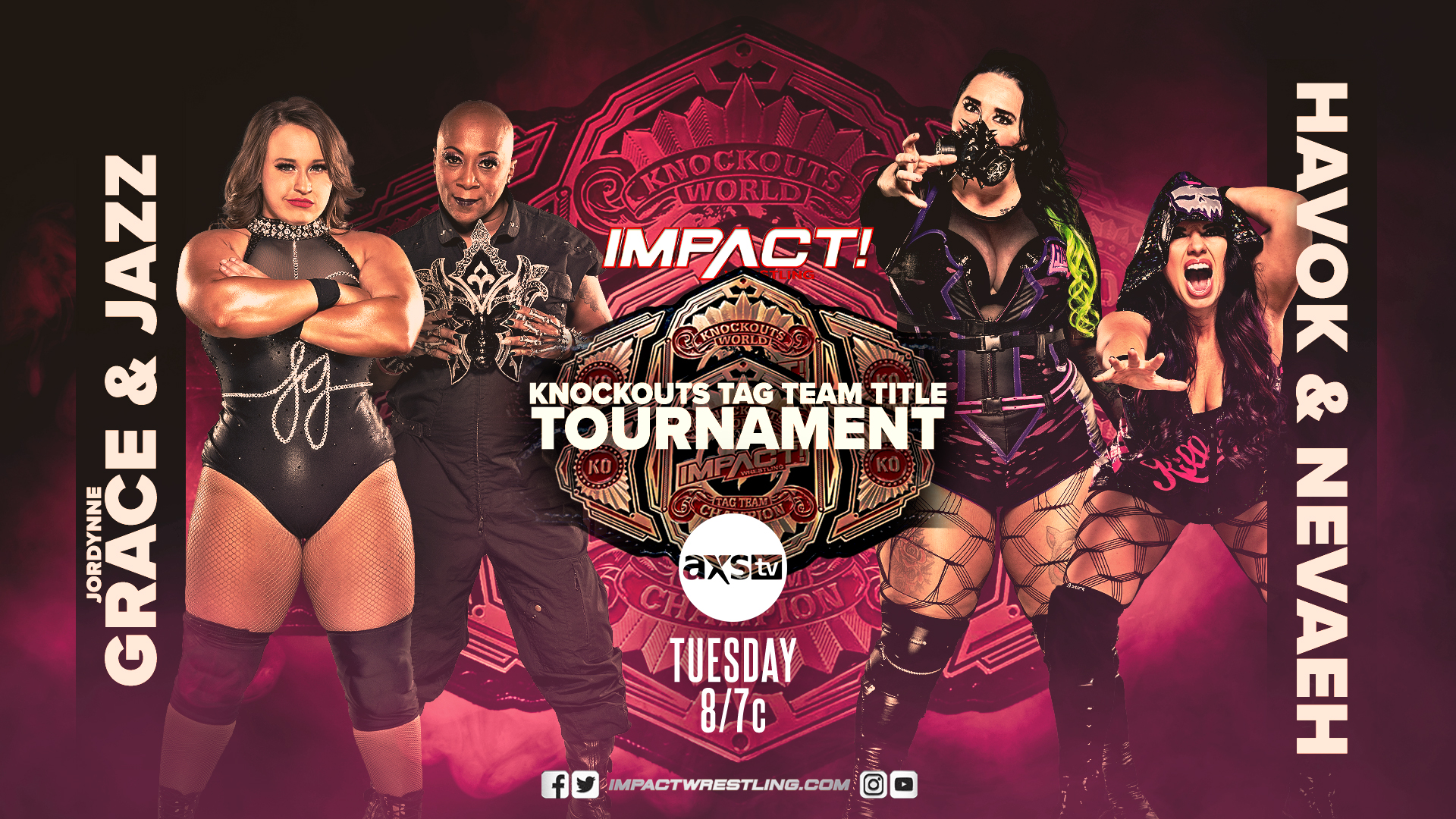 Last month, the team of Kiera Hogan and Tasha Steelz were victorious against Taya Valkyrie and Rosemary, advancing to the first finals spot in the tag team title tournament. The winners of this week’s match will battle Hogan and Steelz in the finals at Hard to Kill. Havok and Nevaeh have been a dominant force on IMPACT television for months, giving them the experience advantage over the new team of Jordynne Grace and Jazz. However, Grace and Jazz do have a respectable amount of momentum coming into this match and may arguably be the favorites to win. Jazz reportedly announced her retirement in October of last year but was convinced to try one more run in the form of the IMPACT Knockouts Tag Team Title Tournament. Can the legend Jazz put one more championship on her decorated resume, or is this the end of her journey? 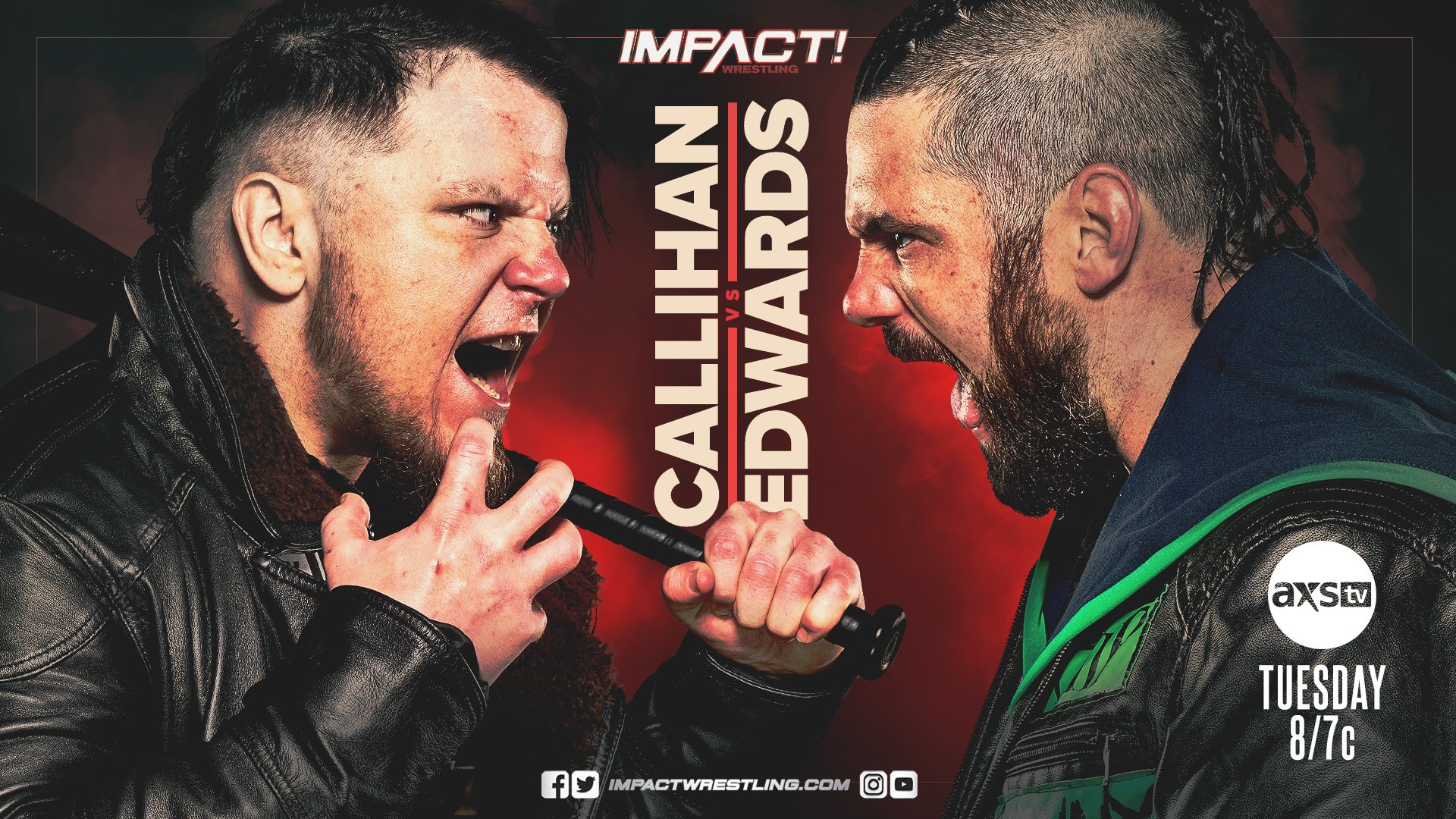 The most personal rivalry of the last few years of IMPACT comes to a conclusion this Tuesday. The bad blood between Sami Callihan and Eddie Edwards goes back to March of 2018. Following Edwards’ first victory over Callihan live on television, Callihan recklessly hit Edwards in the eye with a baseball bat, nearly blinding his victim and sending controversial shockwaves across the wrestling business. Two years later, the beef between two of IMPACT’s top stars of all time has not yet been resolved. Following weeks of assaults by Callihan and Ken Shamrock, including an attempted reenactment of the fateful baseball bat incident, Edwards looks to settle the score once and for all. Which of these former world champions will come out on top?

What Else to Look Forward to