As we near the end of 2020, NXT UK are offering up another championship contest for this week’s show, alongside the debut of their first-ever talk show segment!

Following his successful defence against Amir Jordan, Jordan Devlin has since issued an open challenge to anyone who wishes to challenge for his NXT Cruiserweight Championship. The only caveat to this challenge is that only those who weight 205 pounds or under can step toe to toe with ‘The Irish Ace’, keeping in line with the cruiserweight rules. Devlin has reigned as the champion since Worlds Collide at the end of January, but in his absence due to the global pandemic, it was Santos Escobar who stepped in his place as the interim champion. With both men still claiming to be the real Cruiserweight Champion, we’re no doubt set for a champion vs. champion collision at some point in the future, but don’t be expecting the Legdao del Fantasma man to step up here. Perhaps Kenny Williams will look to get some retribution for his tag partner instead. 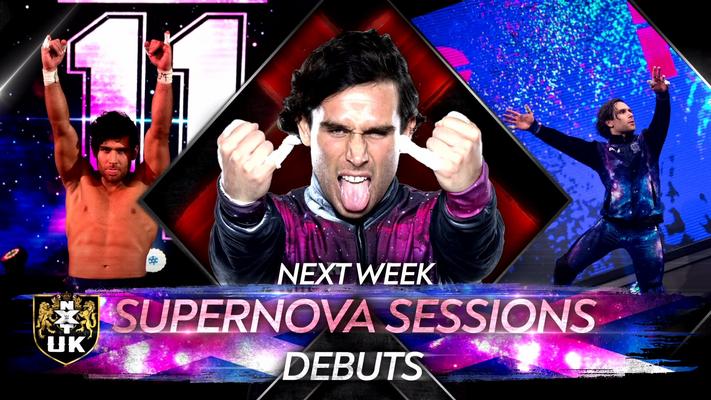 NXT UK, and normal NXT for that matter, rarely features skits like talk shows. The United Kingdom brand will debut its first proper talk show tonight, however, as Noam Dar brings in the Supernova Sessions. ‘The Scottish Supernova’ has promised to interview whoever he wants, whenever he wants, something that is sure to go down a treat with the NXT UK locker room. No word yet on who Dar’s first guest will be, but don’t be shocked to see Dar’s first guest be himself. The Cruiserweight Classic competitor isn’t exactly one to shy away from being a cocky bast*rd.