The AEW TNT Championship is the modern-day Television Title for All Elite Wrestling. The red and gold strap put over Cody Rhodes, Brodie Lee, and Darby Allin as vital wrestlers for Dynamite. Ever since its introduction at Double or Nothing, the title has been treated with importance. Cody’s open challenges cemented the title as a gateway to greatness. Brodie’s decimation of Cody, as well as Orange Cassidy, reminded viewers that anything can happen. Furthermore, as the new champ, Darby Allin has taken the next step to becoming a big-time player for AEW.

Though Darby has only held the strap for only a month now, AEW has plenty of options on who to crown as his usurper. With Dynamite being AEW’s bread and butter, the company will think extensively on who will be future TNT Titleholders. Here are the top choices to defeat Darby Allin to become the next TNT Champion: 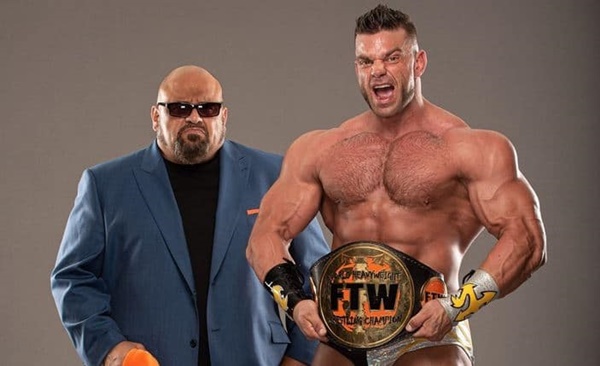 Brian Cage and Taz have been a thorn in Darby’s side since Cage’s debut at Double or Nothing. The FTW Champion formed an alliance with Ricky Starks & Powerhouse Hobbs to form Team Taz. Together, they are are a renegade force to be reckoned with. No doubt about it: Brian Cage is a physical specimen and one of AEW’s leading hoss wrestlers. Cage is a former Gift of the Gods Champion in Lucha Underground as well as X-Division titleholder in IMPACT Wrestling. Two-Belt Cage would certainly give The Machine a more impressive appearance in AEW. It would be incredibly poetic for Weapon X himself to beat Darby for the strap. 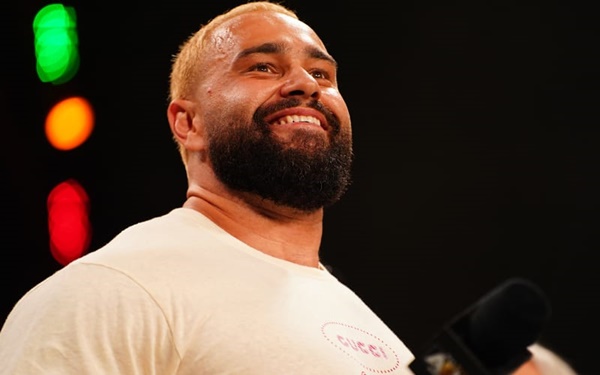 When Miro debuted on AEW Dynamite, it was spectacular. Finally, the former Rusev got out of the disparaging workplace that is World Wrestling “Entertainment.” With Kip Sabian and Penelope Ford by his side, the trio formed an almost Rusev Day version 2.0 of sorts. Though Miro has stumbled a bit in AEW so far, his more-than-impressive outing in the Dynamite Diamond Battle Royal together with a strong match against Trent put him on the right track. A former WWE United States Champion, Miro has put more investment into that secondary title than anyone else in the modern era. The TNT Title is practically made for the more deserving Bulgarian Beast.

“The Salt of the Earth,” MJF

Aside from Orange Cassidy and Hangman Adam Page, MJF has been AEW’s most featured “homegrown” talent. The “Salt of the Earth” has joined The Inner Circle much to the dismay of his new teammates. It’s only a matter of time before MJF holds gold on AEW Dynamite. Though he came up short against Jon Moxley at All Out, MJF has held the Dynamite Diamond Ring for one year now. The TNT Title is perfect for Maxwell. Like Darby, MJF is a younger talent AEW are keen on investing. Additionally, with Cody desperate for a rematch against his former protégé, a match against MJF for TNT Title is a perfect next step for their feud. MJF as TNT Champion has the potential for some highly entertaining skits and promos. He can milk the title for as much heel heat as possible as the “face of TNT.”

Everybody dies. Not only is Lance Archer factually correct, but he is also the most sadistic wrestler in all of AEW. Lance competed in the inaugural tournament, losing to Cody in the final round. Now on a mission to destroy Eddie Kingston and his family, “The Murderhawk Monster” will not stop until he savagely destroys everyone standing in his way. Archer is exactly what AEW needed when the promotion lacked more than two hoss wrestlers in Jake Hager and Luchasaurus. AEW has been hesitant with some of their bigger wrestlers than most other promotions. Eventually, AEW will deliver some big guy magic and Archer is a correct choice to carry the banner. His 2019 run in the G1 Climax coupled with a brief IGWP United States title reign put Lance back on the map. The clock is ticking on AEW’s malicious big man investment.

Eddie Kingston is perhaps the best promo in all of wrestling right now. No one can tell a story the way he can. Like Ricky Starks, Kingston made his debut for AEW challenging Cody for the TNT Title. With all the amazing work Kingston has done this year, how can he not be rewarded with the red and gold strap? From trying to dismantle the Lucha Bros as well as his immensely captivating feud with Moxley, he has consistently shined with everything AEW has asked of him. Eddie Kingston and Darby Allin can put together a truly compelling story based on their real-life histories. Thematically, Kingston makes the most sense to take the title off Allin. However, out of all the options listed above, there is one wrestler in particular who needs to become TNT Champion:

“The Bastard” is well and truly back. After 8 months in quarantine, the former Neville returned to Dynamite. Death Triangle has returned and Pac will do everything to get back on track. Pac is one of WWE’s many missed opportunities. As a former NXT Champion, Open the Dream Gate Champion, and WWE Cruiserweight Champion, Pac is championship material. Most AEW fans love and respect him for his amazing technical wrestling and engaging promos. Considering Pac beat Allin last year, an interesting narrative is already set between the two. Pac as TNT Champion can put on workrate-heavy open challenges on Dynamite weekly. With eight months lost, Pac needs something to propel back into the main fixture of AEW. The TNT Title is just the thing Pac needs. With the Lucha Brothers, hopefully, next in line for the AEW World Tag Team Titles, Death Triangle can well and truly rise again.