With Emergence in the bag, we head back to business as usual for IMPACT with some enticing matches lined up this week as they set off on the road to Bound For Glory.  Here’s our preview of this week’s edition of IMPACT! On AXS TV

Eric Young will finally get another chance to win the IMPACT World Championship since his return at Slammiversary.  After weeks of demanding a shot, the World Class Maniac will need to be at his best taking on fighting champion Eddie Edwards who has been able to see off all-comers since winning the strap.  After last week’s successful defence against RVD, Edwards was the victim of a post-match ambush by Young who made it clear he was done with waiting and he will deal with him this week.  Edwards would go on to formally accept the challenge before charging his opponent in a brawl resulting in the two being pulled apart.  Can EY get back to the top of the mountain in IMPACT?  Or will Edwards add yet another successful title defense to his ever-growing list? 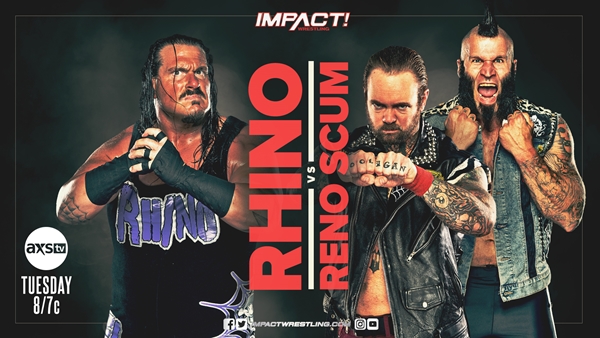 The Man-Beast Rhino put out a call to former tag partner Heath Miller to join him against Reno Scum this week.  Whether Heath answers the call or not Rhino has promised to go through one or both of Reno Scum with a Gore! Gore! Gore! You can show your support for Heaths return to IMPACT with the hashtag #Heath4IMPACT.  Will Heath show up? Or Will Rhino go it alone?

Ace Austin and Madman Fulton vs The Rascalz (Dez and Wentz) 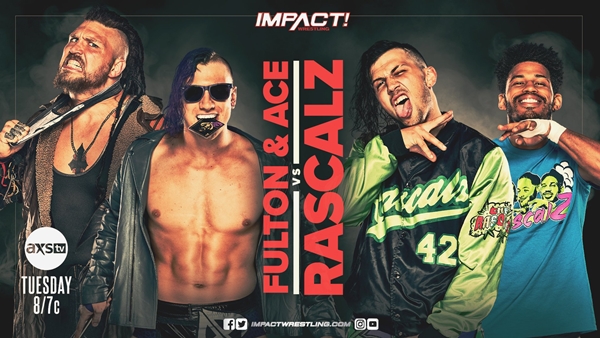 Austin and Fulton will look to get back on track after losing to The Good Brothers on their last outing with another victory over The Rascalz having previously defeated them back in July.  During last weeks Locker Room Talk with Madison Rayne, The Rascalz stepped in to help present the show but things didn’t go to plan with guests Austin and Fulton.  When Rayne wanted to discuss the recent loss to Gallows and Anderson, The Rascalz couldn’t help but see the funny side drawing an angry reaction from Fulton who was quickly subdued by his partner Austin telling him that this show wasn’t the place for it.  Will Fulton be able to take his anger out on Dez and Wentz?  Or will The Rascalz head back to the treehouse to avenge their earlier loss? 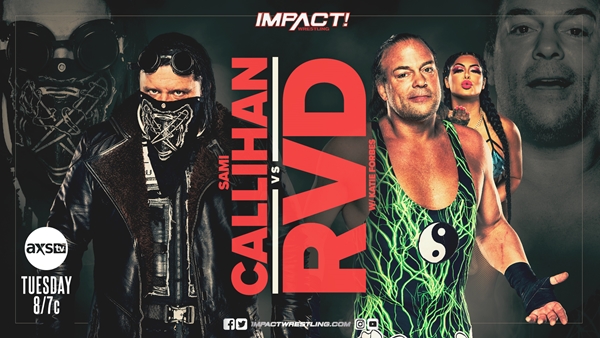 Another match weeks in the making, RVD and Callihan will finally go head to head after each taking shots at the other at recent events.  Most notably Sami ruining Katie Forbes photo shoot reveal and RVD getting involved in Callihan’s title match with Eddie Edwards.  Both men will need to be at the top of their game in what could be the match of the night. Who will come out on top?  What part, if any, will Katie Forbes play in the outcome?

Winner Takes All – Taya vs Rosemary

These two women had a confrontation last week after John E. Bravo and Rosemary revealed they had feelings for each other.  Taya didn’t take the news very well and challenged Rosemary to a winner takes all match, she also blamed Rosemary for ever creating Wrestle House in the first place.

What are you looking forward to this week?  Let us know below.