Beyond Wrestling is back with another show on the beach in Atlantic City. Beyond will be running a double header with GCW at 1:00pm on IWTV for Wear Sunscreen. Wear Sunscreen promises to be another jam packed card with mostly Beyond regulars but a few new faces stopping by.

If you have watched a lot of Beyond you know what Beyond is best at is making matchups that seem strange on paper but once you really think about it seem awesome. This is one of those matches. AEW star and the Ace of Beyond Joey Janela is stopping by his old stomping grounds of Beyond to take on IMPACT wrestling’s Kimber Lee. Kimber Lee isn’t a newcomer to Beyond wrestling though as she had a pretty long win streak a few years back and an infamous match against Chris Dickinson in the company. Both of these two are fantastic wrestlers and what they do in the ring should be exciting. 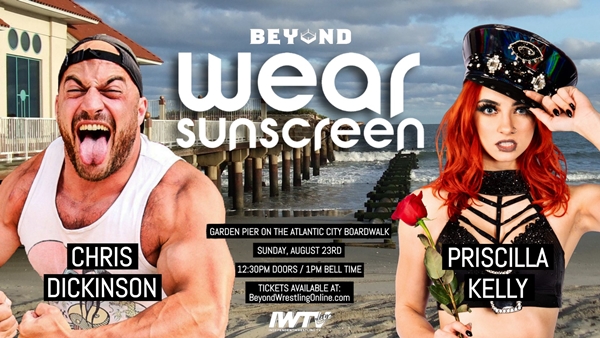 Over the course of two seasons of Uncharted Territory, Chris Dickinson has taken on some of the biggest and baddest wrestlers from across the country. Everyone from Daisuke Sekimoto to Matthew Justice to Eddie Kingston. At Wear Sunscreen he will be taking on a totally different competitor in Priscilla Kelly. Priscilla Kelly may be smaller than those other wrestlers but she will be tough competition for Dickinson in the hot summer sun. 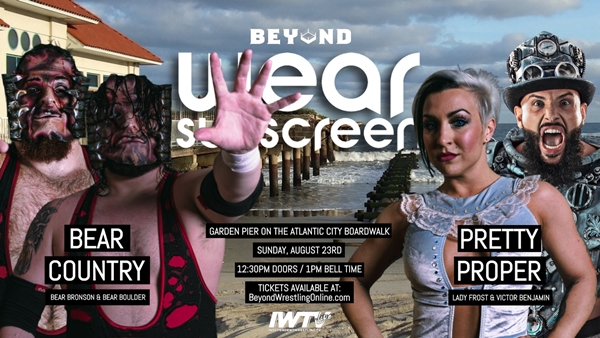 The tag team Aces of Beyond are coming off a huge loss after Two Weeks Notice and will be looking for a big win on the pier. They will be taking on two wrestlers who made impressive debuts during Uncharted Season 2; Lady Frost and The Savage Gentlemen. This married couple has plenty of experience tagging in promotions like Chikara but will they be able to stop the Aces of Beyond while Bear Country is stuck in a post quarantine rut. 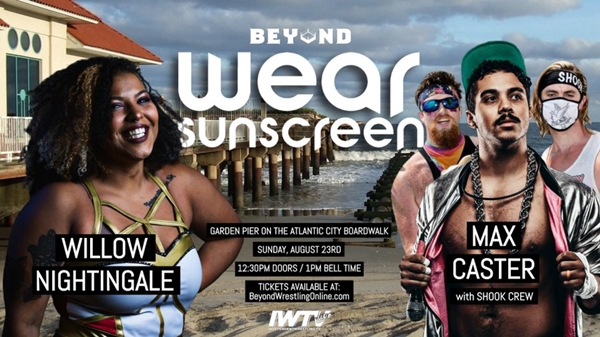 If there was a season three and four of Uncharted Territory it seems like Shook Crew would have been the breakout stars of it. This group of weirdos has one of the most interesting gimmicks going on right now as they are all just obnoxious jerks. Max Caster wrote a rap about Willow Nightingale so you know they mean business. Willow is coming off of a big win over Pinkie Sanchez and will be looking for another win against Caster. Don’t think the two other people and one goat at ringside won’t try to get involved for Max Caster’s benefit though. 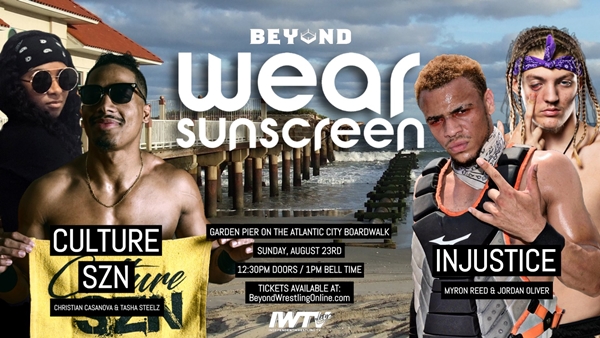 Injustice surprised everyone at Two Weeks Notice when they came into Beyond for the first time and beat Beyond’s Aces, Bear Country. They will take on another Beyond favorite Christan Casanova and his tag team partner Tasha Steelz. In the last season of Uncharted Territory, Casanova was on quite a run winning the Tournament for Tomorrow. If Injustice is able to beat another high ranking Beyond roster member it could mean big things for them in Beyond. 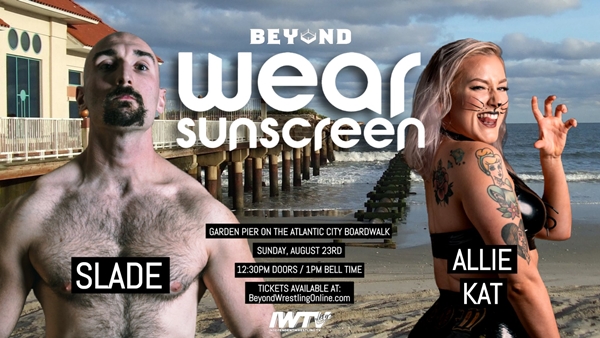 Ever since their match at GCW Backyard show DC has had it out for Allie Kat. First, he put her up against Max Caster with help from the Shook Crew but Allie Kat was able to pull off the win. This time she might not be so lucky when she faces Slade. Slade came from seemingly nowhere to win season 2’s Discovery Gauntlet and only has one loss since arriving in Beyond. Allie Kat will have to give it her all if she wants to beat this absolute mad man in Slade. 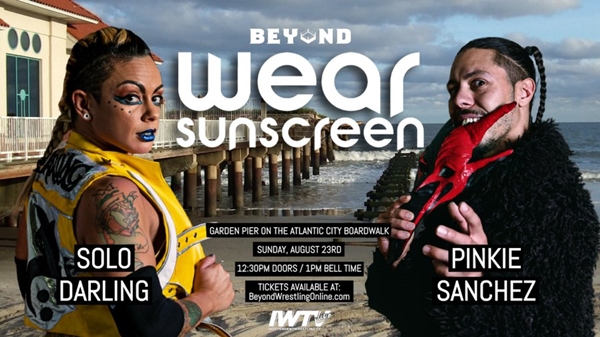 At Two Weeks Notice Pinkie Sanchez took on Solo Darling’s tag team partner Willow Nightingale and lost. Now he takes on Solo Darling in her first match back since March. Solo is going to be looking to make an impressive return to the ring. These two are an interesting match up because they are both best known for their work in Chikara but also came to Chikara already trained. It should be interesting to see how their two styles match up against each other.