It’s been one week since the mysterious group now known as RETRIBUTION made their presence felt on Monday Night Raw and made it clear they were going to bring chaos to the WWE. It continued to SmackDown when they destroyed the ringside area and ring itself to leave their mark. However, in the one week since debuting, the stable is already running a bit dry in terms of the chaos and actions that they are doing. Even more so, the attackers that have been presented so far, while all seemingly different, don’t present too much of a threat to some talents. Here’s what RETRIBUTION needs to do to really bring change and excitement moving forward.

So far, the RETRIBUTION attacks have been a total hit or miss. Their first saw them throw a “Molotov cocktail” at a generator and nothing happened, aside from setting it on fire. Friday was a change, as they followed the Nexus’ attack style by chasing out everyone and destroying everything in the ring. This was the first time each masked vigilante was revealed and they all seemed on the smaller side. It was a good attack compared to day one, though. This past Monday saw the weakest attack of the bunch, as they threw a cinder block through the glass door at the Performance Center before running away.

If RETRIBUTION is to be taken seriously and become something fans will want to see, then they must have more impressive attacks and make the locker room feel unsafe instead of just continuing their business like all is casual. It’s a must, or this angle and stable will die a fast, miserable death way sooner than they should.

Something noticeable when it comes to RETRIBUTION is that the group is… small. The member’s are small and not imposing and that’s a problem many fans have found. It’s a welcoming sign to see a group that consists of both men and women, the group simply isn’t one you would think to be scared of. The way the likes of Drew McIntyre and Braun Strowman have been working, there’s a real chance they could bring destruction to the group singlehandedly. There has been news that the members currently being used are simply to get the track off, changing weekly before the big reveal as to who RETRIBUTION really is. A change in the size of the members to make the group more menacing and less weak-looking would go a long way. 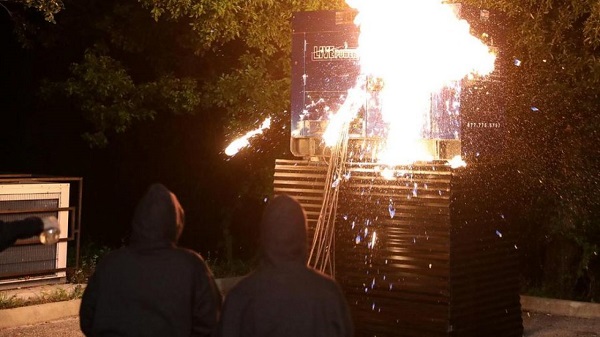 There’s been little words said by RETRIBUTION in terms of what their goal is. However, one thing that seems to be in the works is that they are all equals as of this point. Thinking forward, they are going to need someone taking the lead in some sort of way. If you think back to many of the better factions in WWE history, many of them have had a true leader or someone who takes point and directs the rest of the stable. And while groups like The Shield and The New Day never had a specific leader, it has always felt those groups have someone at the forefront to make the decisions and lead the team. That means RETRIBUTION will need to do the same. Not only to help them as a group but perhaps to establish a new main player in the process.

If we go based on recent rumors, Dominik Dijakovic fits the mold as someone who could lead this group and really change the main scenery moving forward. But when it comes to those who aren’t in the rumors, an interesting name to consider is Tommaso Ciampa. Ciampa has said in the past that he does not want to be a main roster guy, but with what is currently going on in the world, the travel isn’t something to worry about and nothing for him to do in NXT, this could work. Ciampa is someone who many see as a leader and could be a difference-maker if he was the one to take over RETRIBUTION.

No matter who it is, man or woman, they need a unique styled leader to help set the group on a path and make them matter in the eyes of the fans.