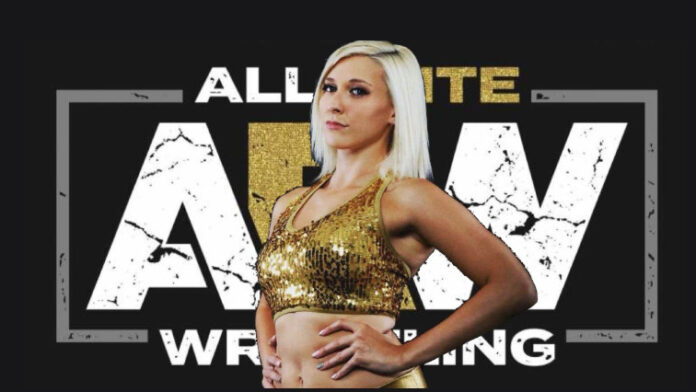 Longtime WWE official Mike Chioda wasn’t the only one who made his All Elite Wrestling debut on Wednesday night. In women’s action, AEW Women’s Champion Hikaru Shida faced off against another new face, as West Coast indie star Heather Monroe made her AEW debut as Shida’s unannounced opponent.

Heather Monroe is a four-year pro who began her career in 2016 as a student with the Santino Brothers Wrestling School, before entering the West Coast indies in 2016 with the likes of Alternative Wrestling Show (AWS) and Maverick Pro, as well as making her debuts with SHIMMER Wrestling and RISE Wrestling.

Starting in 2017, she became a regular with Championship Wrestling From Hollywood and Bar Wrestling, where she was a regular tag team partner of Laura James in The Killer Baes, and expanded into other promotions like Hoodslam, Future Stars of Wrestling (FSW), All Pro Wrestling (APW), and other West Coast promotions, as well as expanding nationally with the like of Reality of Wrestling (ROW) and Sabotage Wrestling in Texas, where she held the Sabotage Championship for 119-days.

Heather Monroe has had small appearances for other major promotions, including an appearance on WWE Raw in 2017 against Nia Jax, dark matches with Ring of Honor (against Brandi Rhodes in 2018), and two showings with IMPACT Wrestling in 2018 against Su Yung and Allie. She’s also competed in Mexico with both AAA Lucha Libre and The Crash Lucha.