IMPACT Wrestling has been on a hot streak since their big night at Slammiversary and that is only expected to continue this week on AXS TV. One week following the in-ring debuts of The Good Brothers and the debut of Wrestle House, things will remain interesting this week. Here’s what it is on tap for IMPACT! On AXS TV.

IMPACT is TOMORROW at 8/7c on @AXSTV! pic.twitter.com/Nu87HtLZ0V 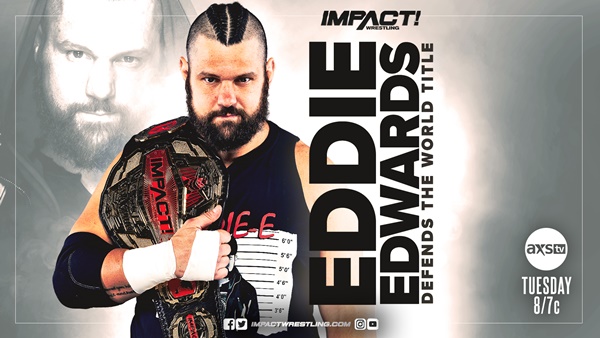 Eddie Edwards is one successful defense into his IMPACT World Championship run as he defeated Trey to retain the title. This week he continues his run as champion with his second defense, however, the opponent is unknown at this time. A rather risky challenge on behalf of the champion, but considering his usual crazy manner, it should be expected. 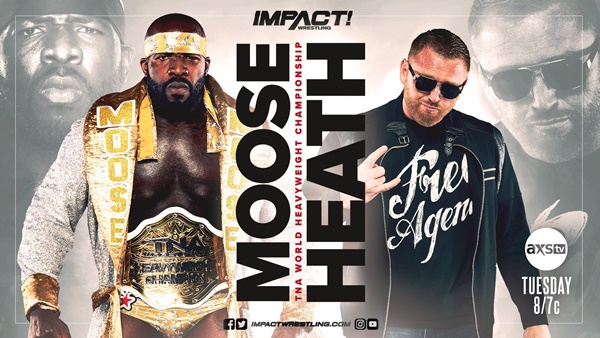 Heath has his chance of getting a contract on the IMPACT roster. And it happens to see him competing for the TNA World Championship against Moose. The excitement should be high as Heath gets his first crack at showing what he can really do in the ring since being released from the WWE. Many will be in the corner of Heath, but Moose has been on a roll and should be a tough one to beat as he defends his championship.

Sit Down Interview With The Motor City Machine Guns 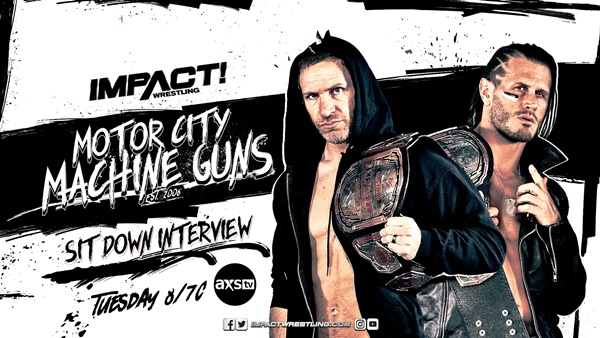 Two weeks after winning the IMPACT Tag Team Championships by defeating the longest reigning champions in history, The North, the Motor City Machine Guns will discuss their future as champions in a special sit down interview. 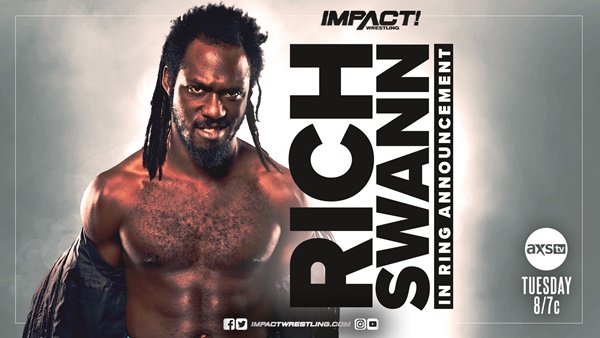 Rich Swann was brutalized at the hands of Eric Young in the IMPACT World Championship match at Slammiversary and was reinjured in the process. This coming Tuesday, he will make an in-ring announcement that is sure to discuss his future and what he plans to do with Young.

— What’s next in Wrestle House

— EC3 plans to destroy his past

— The next chapter between Sami Callihan, RVD, and Katie Forbes