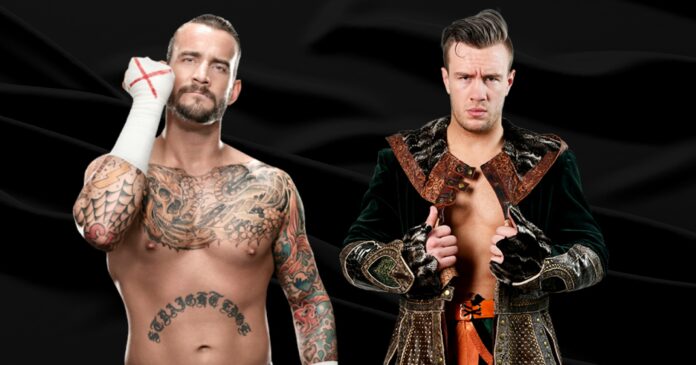 Ever since former 5x WWE World Champion CM Punk walked away from WWE and professional wrestling in 2014, his name has been ripe for speculation of when and where (or if?) he would make his return. With him returning to WWE (at least appearance wise) with a FOX Sports gig as an analyst on WWE Backstage, rumors have only grown more rampant that it’s now a question of when rather than if. And if THAT didn’t get the rumor mill going, perhaps his appearance on the Swing & Mrs. podcast on Tuesday will help with the fires.

CM Punk talks about returning to wrestling and names opponents he would like to work with if he were to come back.

During the interview, Punk was asked if there were any stars from today that he would return to the ring to work with. Surprisingly, three of the four names mentioned were former adversaries from his days in WWE. “As far as people I’ve worked with before, I think if there was a clean slate, so to speak, and the money was right, I think a guy like Daniel Bryan, I’ll go ‘Ok, I’ll listen to your idea’, if you said John Cena I’ll probably listen to your idea, Rey Mysterio, I’d listen to your idea.”

When the topic moved to those he hadn’t, CM Punk had one name. “For people I haven’t ever wrestled before, I think Will Ospreay I’d listen to your idea.” The news that Punk even had a list spread like wildfire and it didn’t go unnoticed by New Japan’s Will Ospreay. Ospreay was quick to respond on Social Media, going so far as to tell Punk to keep January 4 open next year – the date of Wrestle Kingdom 15 – and “get some reps in”.

Just an idea & because we could all use something to focus on to get us through this hard time right now.

Save January 4th & get some reps in.

But before anyone gets too excited about any return to the ring for Punk, he did conclude that “nobody has found the right combination of ways to approach me…it’s not all up to me, ladies and gentlemen. It’s up to the people who actually run the companies.”

Did you miss today’s @RDCSports Orginal? WE GOT YOU! Listen back wherever you get your podcasts!
?Tom Brady’s big announcement?
?Bill Belichick's love letter?
?Florida man parties on?
?CM Punk interview?
?Maitland Ward interview?https://t.co/ezeXaiJUUl