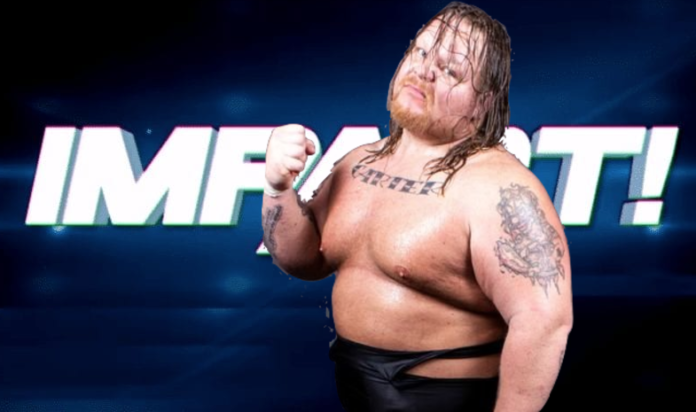 At tonight’s IMPACT Wrestling special from Dayton, Ohio, IMPACT Executive Vice President Scott D’Amore come out and offered Larry D an IMPACT contract, in a scene from a similar scene months ago when D’Amore did the same with Ace Romero.

"Dammit @legendoflarryd, you need a bigger stage to play on…you need to be an IMPACT Wrestling star."

A super heavyweight, Larry D has been a part of the US indie scene since 2002 and has traveled a lot of ground in those 17 years. From Georgetown, Kentucky, Larry has been a regular combatant with IWA Mid South, Rockstar Pro, Wrestling Revolver, Black Label Pro over his career, carving out a niche as one of the best hosses in the Midwest. Larry is a 3x IWA Mid South Heavyweight Champion and is an old school throwback to big hitters like Stan Hansen, Big Van Vader, and Terry Gordy.

Stay tuned to the Last Word on Pro Wrestling for more on this and other stories from around the world of wrestling, as they develop. You can always count on LWOPW to be on top of the major news in the wrestling world, as well as to provide you with analysis, previews, videos, interviews, and editorials on the wrestling world.  You can watch No Surrender on IMPACT plus.

Congratulations to Larry D, welcome to the @IMPACTWRESTLING Family! https://t.co/6TTAk6hJc8