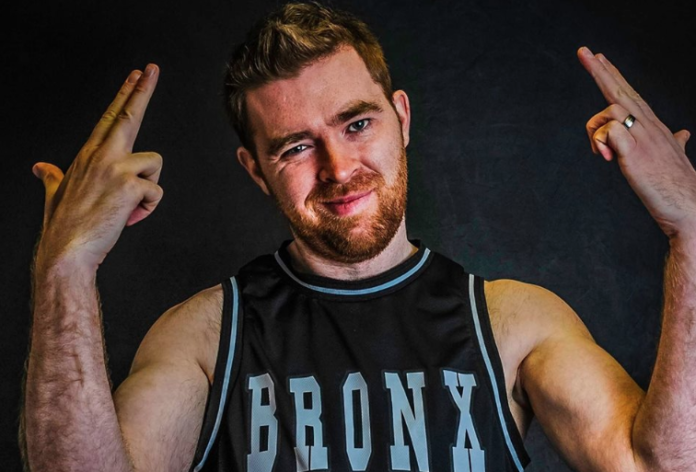 Another Scottish wrestler has announced their retirement from the ring as rising star Shaun Walker has revealed he’s hanging up the boots, effective immediately.

In a post this past Sunday on his official Facebook fan page, Shaun wrote “Some of you may have figured out, due in part to the kind words from others and from my all caps Twitter name, that last night I officially retired from professional wrestling”. He then went on to thank several people – from the people who assisted in his training at Source Wrestling (Big Damo (now Killian Dain), Nikki Storm (now Nikki Cross), and specifically Mikey Whiplash) to his tag partners in KOE (Kai Williams-King and King Killa) to his ever-supportive wife Jayla Dark, it was clear that Shaun was grateful to each and every person who helped him throughout his three years in the ring.

After being a ring announcer for a while, Shaun would debut in June 2016 after coming through the ranks of the Source Wrestling School down in Glasgow, dubbing himself The Hero Killer. While his in-ring skills more than spoke for themselves, he didn’t have that much of a creative character that would set him apart from everyone else. That was until he started showing his allegiance to the thug life as he became, and I quote, The Curb Stomper, Wall Breaker, Booty Shaker, Yung Lion From The Hood, God Damn Cyclone, 100% Space Trash. With this new life, Shaun became a force to be reckoned with, kicking off the heads of anyone that dared step in his way.

Following this, Shaun would debut for promotions including Respect Pro Wrestling (Respect Pro), Scottish Wrestling Alliance (SWA), and Reckless Intent Wrestling (RI), while also starting a mini rivalry of sorts with American indie sensation Sugar Dunkerton at Source. The fued between the pair led to Walker and his KOE pals losing a match to Suge and The Kings of Catch (Aspen Faith and Lewis Girvan), a trio known collectively as The Big Bad Bawdy Daddies, earlier this year. The final weekend of his career as an active wrestler saw he and the rest of KOE lose to More Than Hype (LJ Cleary, Darren Kearney, and Nathan Martin) at a Source Wrestling show in Govan, and then also losing to Dave Conrad in his final ever match at Respect Pro Wrestling’s Midsummer Mayhem show on Saturday evening.

When he’s not lacing up the boots, Shaun can be found behind the camera helping produce promos videos for several wrestlers. He’s worked alongside names including current NXT UK star and Gallus member Joe Coffey and reigning Source Wrestling Champion Alexander Darwin MacAllan, while another two he did recently for Xero and Robert Wishart have received praise far and wide on social media. Even though he’s no longer wrestling himself, Shaun will still be taking on work when it comes to these videos.

Since the announcement was made, numerous Scottish wrestling personalities who were aware of Shaun’s talents expressed their gratitude towards him online.

Finally get the chance to shout out to my boy @shaunwalkeryo

Vastly underrated wrestler. Professionally been a creative partner for me in most of anything noteworthy I've done promo wise.

More important than that, personally, he is my friend.

All the best in non wrestling brah

Want to wish @shaunwalkeryo all the best in his retirement from wrestling. Underrated talent, an acidic wit and a fountain of creativity, who helped me a lot through my training.
Case in point, here is a small highlight of Shaun teaching me a lesson about "the streets." pic.twitter.com/xZZsxw9P82

Going to miss teaming with the homie @shaunwalkeryo. This guy exemplified work ethic in and out of the ring for the past couple of years, and it was an absolute pleasure to share some our favourite matches to date with him. All the best in retirement, dawg. pic.twitter.com/V9NBeCo6ia

There’s your @shaunwalkeryo has decided to head to the Gangstas paradise and call it a day, before I could get one back over him. Pouring one for you dawg and that match with Suge is seriously in my all time favourites. pic.twitter.com/3qxra7TAXK

@shaunwalkeryo had his last match last night and I know he saw this as a "Hobby" but by Christ he made a family out it. Married the amazing @JaylaDark and I love everything he ever contributed. Helping with promos and so much. Plus a bloody funny guy. See you very soon mate 😉