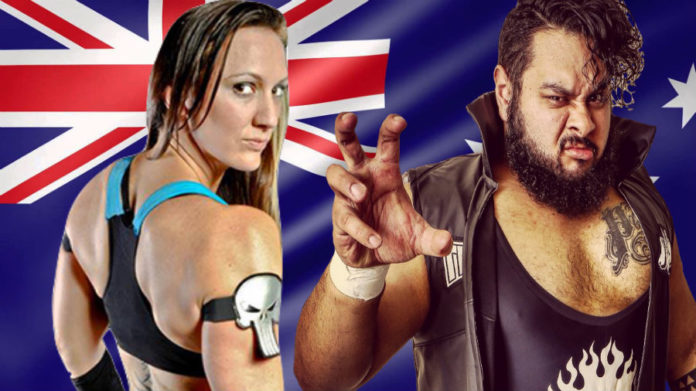 Overnight, Madison Eagles, one of Australia’s most decorated women’s athletes, and one of the countries greatest overall performers announced that she will be taking some time off from in-ring competition due to nagging injuries.

1/2) Unfortunately this tweet brings not the best news. After not paying enough attention to nagging problems since my last surgery I am forced to take time off to recover problems that have arisen.

2/2) Although I am not going to be actively wrestling for a while this does not mean my behind the scenes roles and responsibilities at @PWAaustralia or as a coach at the Pro Wrestling Academy will be affected.

Injuries have unfortunately plagued Eagles over the last few years. One injury, in particular, forced her to miss a dream match with CHIKARA‘s Mike Quakenbush. The timing of this latest injuring comes at an incredibly unfortunate time for Eagles, who was coming off a very successful run of appearances in Pro Wrestling EVE for their SHE-1 tournament. Eagles was also scheduled for a very prominent matchup on this weekend’s PWA Black Label show.

Twitter has also potentially broken some much more exciting and positive news this week for another of Australia’s top talents.

Since December, speculation has abounded about the legitimacy of the Jonah Rock to NXT rumour, which was first reported by the Wrestling Observer. This week a show announcement from Rock’s home promotion, Wrestle Rampage, has seemingly confirmed the rumour by stating that the upcoming show, Never Surrender, will feature Rock’s “final match in Australia.”