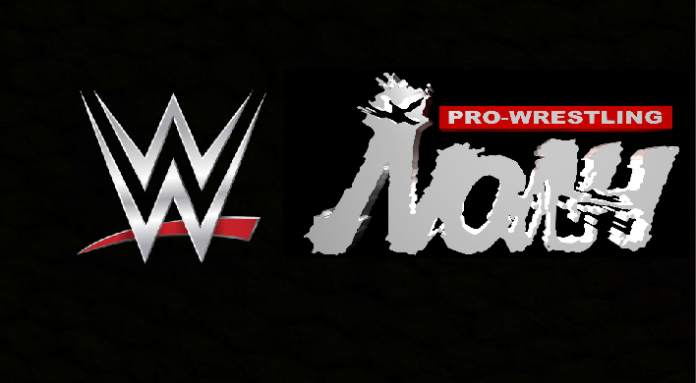 In a shocking twist of events, Dave Meltzer revealed in the Wrestling Observer Newsletter today that WWE is entering a partnership with Japan’s Pro Wrestling NOAH, seemingly similar to similar alliances with EVOLVE in the US and PROGRESS and ICW in the UK.

As of press time, Pro Wrestling NOAH hasn’t got a show booked on August 29, 2018, but shortly after that date, on September 1, NOAH is throwing a 20th Anniversary show in honor of 3x GHC Heavyweight Champion Noamichi Marufuji twenty years in the industry. Marufuji made his debut in August of 1998 with All Japan, who also expected to be a part of the tribute show. It would make sense for Hideo Itami to make an appearance at the show, as from 2000 to 2014, Marufuji had a lengthy rivalry with Itami when he was simply known as KENTA.

While Meltzer is suggesting a working agreement, Twitter user Hisame, who is unofficially reports on all things NOAH for English speaking fans, seems to think the deal isn’t as comprehensive as Meltzer is making it out and that it may simply be an agreement on a loan for Itami/KENTA.

I don't know what source this is from, but rather than a working agreement it's more likely to be about KENTA returning for Marufuji's 20th. There is no announced show for the 28th August. pic.twitter.com/LKMd5obd6G

Part of the apprehension of belief is due to the fact that Pro Wrestling NOAH entered into a working agreement with Impact Wrestling last year, which saw such NOAH talent as Marufuji, Taiji Ishimori and others perform on Impact Wrestling. Rumors have started in the past few months that perhaps that alliance has slowly dissolved though and that Impact may be heading towards an alliance with NJPW‘s IWGP Conception instead, starting with the announcement of NJPW star Ishimori (who left NOAH earlier this year) returning to Impact. With NJPW English commentary member Don Callis part of the braintrust with Impact Wrestling, it would make sense for Callis to move towards a NJPW alliance over NOAH.

The Bone Soldier @taiji_ishimori is coming to Slammiversary!

If the alliance with NOAH is ultimately proven to be accurate beyond a one time loan deal for Itami, it could be the building blocks for the next phase of Triple H’s “global territorial system” he unveiled this April at WWE’s 2018 Business Partner Summit. The introduction of new NXT brands in different global regions seemed like a far fetched idea at the time, but with the announcement that the WWE UK brand was being launched as NXT UK earlier this week indicates the plans are fully in swing.

With NXT UK most likely actually acting as an NXT Europe (as depicted in the photo, much like how NXT in Orlando is a conduit for US, Canadian and Mexico), the other two rumored regions are an NXT Asia (that could realistically encompass Japan, China, India and the Middle East) and an NXT South America (most likely based out of Brazil or Chile). Pro Wrestling NOAH could fit in as the local anchor for Japan’s influence on NXT Asia, much like PROGRESS and ICW are working with NXT UK. There have been rumors of an Asian and South American tournament for the past year, similar to the WWE United Kingdom Championship tournaments. Of all the major Japan promotions – NJPW, All Japan, DDT Pro, Dragon Gate – Pro Wrestling NOAH is the only one without a current streaming service, so aligning with the WWE would be a huge step for global recognition.