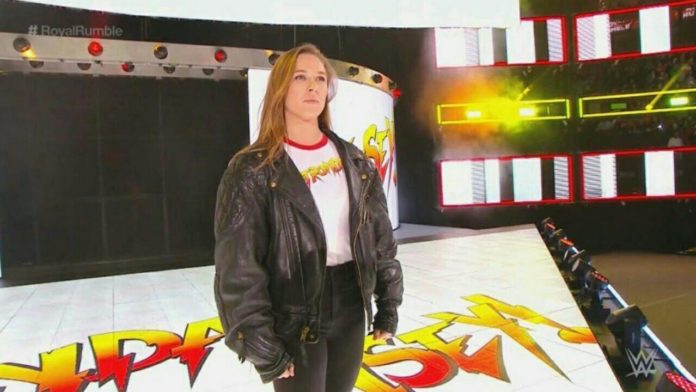 Former UFC Women’s Lightweight Champion Ronda Rousey made her WWE house show debut at a Live event in Geneva yesterday. She teamed up with Ember Moon and Natalya to take on Ruby Riott, Liv Morgan, and Mickie James in a six-woman tag team match. For much of the match, Rousey watched on as her partners endured beatdowns from the makeshift Riott Squad. In a clever decision to mask the fact she is green, they had Rousey spend most of the match on the apron building anticipation for her hot tag.

When Rousey finally got the hot tag she ran threw her opponents and showed once again why she is the biggest female sports star in the world. Rousey single-handedly took out the opposing team before making Women’s wrestling legend Mickie James tap out to her signature armbar. 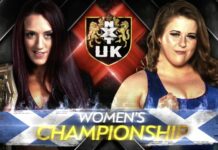