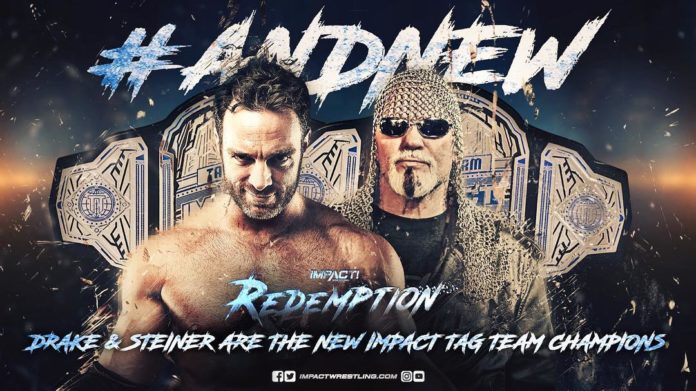 In what most would consider the most surprising upset of the of night (thus far), Eli Drake and Scott Steiner have defeated LAX, to become the new Impact Tag Team Champions. This is Eli Drake’s first reign as tag team champion, after successfully cashing in his Feast or Fired briefcase. Scott Steiner, on the other hand, is now on his twelfth major tag team title.

Interesting choice to put the titles on Steiner and Drake. I love Eli Drake, but Scott Steiner? It’s 2018, come on? Still unbelievably impressive he can pull this off. pic.twitter.com/XTHzSkfvuv

Stick with Last Word on Pro Wrestling for coverage on tonight’s Redemption pay per view and any other title changes within Impact Wrestling.