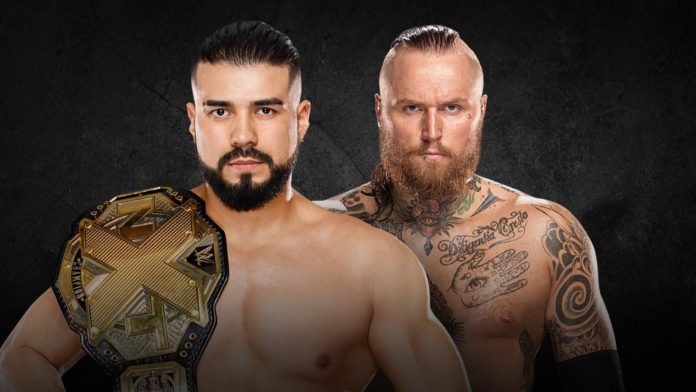 The NXT championship takes once again the stage at NXT Takeover, this time around, NXT Champion Andrade “Cien” Almas defends his most valuable prize against the “The Dutch Destroyer” Aleister Black in NXT Takeover: New Orleans on Saturday night.

For Andrade, this is his second title defense in a Takeover special. His last title defense, against Johnny Gargano in NXT Takeover: Philadelphia, earned him – alongside Gargano – the acclaimed five stars from Dave Meltzer. Which was the first five-star match since CM Punk vs. John Cena in 2011.

Almas and his manager, Zelina Vega have done magnificent work since their alliance started. Vega as his mouthpiece and assurance – she interferes in most of Alma’s matches – makes Andrade “Cien” Almas one of the best heels in NXT. His victory over Drew McIntyre in Takeover Houston came as a shock, but since winning the title, El Idolo presents himself as the real deal, bragging about his Mexican heritage y posing as the man to beat if you want to be the top wrestler in WWE NXT.

Aleister Black on the other hand is a lone soldier, who’s mysterious aura makes him one of the most intriguing and love character in NXT and WWE in general. After beating Nothern Ireland’s own Killian Dane, Black was awarded a title match against Andrade “Cien” Almas.

Former Tommy End has had a dominant run since signing with WWE. After debuting in NXT, Black has run through everybody in NXT, including names like Hideo Itami, Adam Cole and his star-making performance with Velveteen Dream. Now, Black has his eyes set on NTX’s top prize. While Almas has beaten some impressive names along the way, he has never face someone like Black, who’s Black Mass kick and flexible array of moves makes him a dangerous weapon.

Prediction: Aleister Black should win this match, but I have a feeling that WWE is not in a hurry to finish Alma’s title reign. NXT can work a good program if work well, where Black is screwed by Almas dirty tactics and later wins the title. I must go with Andrade “Cien” Almas on this one.