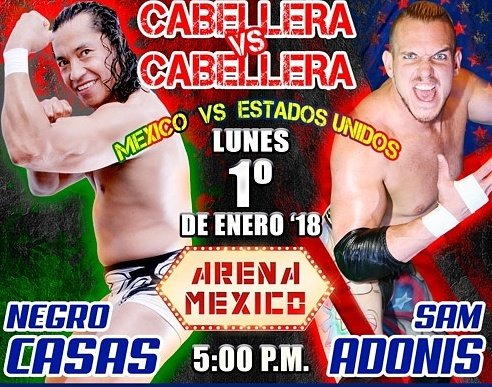 Running Wild Podcast’s Rich and Runz bring you another episode of wrestling discussion, sharing their thoughts on all the latest in the world of professional wrestling.

On this episode of Running Wild Podcast, the guys review WWE Clash of Champions, discuss the announcement of the Women’s Royal Rumble and interview CMLL’s Sam Adonis.

The guys are officially on Christmas break and it shows on this episode, as they discuss tons of news and notes from the past week of wrestling.

Lastly, Rich got a chance to talk to CMLL’s Sam Adonis ahead of his huge hair vs. hair match against Mexican legend Negro Casas on New Year’s Day, talking about his career, his time in Mexico and what the future holds for him.

All that and more on yet another episode of Running Wild Podcast!

Rich Laconi: A high school English teacher whose love of Shakespeare is only eclipsed by his passion for professional wrestling. A regular contributor to Last Word on Sports wrestling department, he frequents as many WWE, ROH and independent wrestling shows as possible. Grew up a fan of Macho Man Randy Savage and Ric Flair, but now he pulls for heels, except for Kevin Owens. You can read his coverage of Ring of Honor, ROH Honorable Mention right here on Last Word on Sports.