Starting next week, on Christmas Day, Last Word on Pro Wrestling will begin #NewJapanWeek, a week long introductory look at New Japan Pro Wrestling (NJPW) as we lead up to NJPW’s biggest show of the year, Wrestle Kingdom 12, at the Tokyo Dome in Tokyo, Japan. We’ll begin with Dan Niles, our senior NJPW correspondent, and his official Wrestle Kingdom 12 preview, followed by select articles from the rest of our LWOPW staff, highlighting NJPW wrestlers, factions, and other nuggets of information to make you a New Japan aficionado in time for January 4’s Wrestling Kingdom 12. To get you ready for a week long assault of New Japan information, stories and profiles, we present a condensed history of NJPW and how it came to be the promotion it has now become – the second biggest company in the world behind the WWE.

The story of New Japan would be incomplete without beginning with the father of Japanese pro wrestling, or puroresu, the man known simply as Rikidozan. South Korea’s Kim Sin-rak moved to Japan as a young boy to become a sumo wrestler, where he was adopted by the Momota family, assuming the name Mitsuhiro Momota. But it would be as Rikidozan that he would gain his fame. In 1950, he abandoned sumo wrestling due to the heavy anti-Korean sentiment in Japan at the time, turning to professional wrestling, a relatively new American fad in Japan. A chance encounter with a touring American wrestler, the American-Japanese wrestler Harold Sakata from Hawaii, led to Rikidozan heading to the United States to learn pro wrestling in America (Sakata was a successful wrestler in the NWA territories, but is best known as playing the James Bond villain Oddjob in Goldfinger). While in the US, he made a powerful friend and ally in NWA World Heavyweight Champion Lou Thesz. Following his sabbatical to America, Rikidozan returned to Japan to create Japan’s first professional wrestling promotion, Japan Pro Wrestling Alliance (JPA), in 1953. Two of Rikidozan’s early pupils were two premier athletes names Shohei Baba and Kanji Inoki, who both became better known as Giant Baba (who stood a mighty 6’10”) and Antonio Inoki (who took his name in homage to WWWF star Antonino Rocca). From the beginning of JPA to until 1972, Baba and Inoki were JPA’s top stars. But the untimely murder of Rikidozan in 1963 set in motion the slow demise of JPA – without it’s mythical mentor and founder behind the company, JPA began to flounder. In 1972, his two prized students departed JPA to start their own promotions. Baba paired with Rikidozan’s two sons and begin All-Japan Pro Wrestling (AJPW), while Inoki founded New Japan Pro Wrestling.

Inoki’s timing couldn’t have been better. In the United States, a 20-year catch wrestling veteran named Karl Gotch was getting blacklisted and decided to head to the growing Japanese wrestling scene. He joined Inoki in NJPW and together began to train their new students in the NJPW Dojo. Combining Inoki’s martial arts background and Rikidozan’s hard hitting style with Gotch’s technical prowess and catch wrestling skills, the pair developed the style that has since become synonymous with Japanese wrestling – Strong Style. Gotch, a German character, invented the bridging belly-to-back suplex that bears his tribute in its name – The German Suplex. During the 1970s, both All-Japan and NJPW relied heavily on American stars from the NWA or WWWF on tours, with both companies in alliance. After all, Baba and Inoki were lifelong friends from their days in JPA. Inoki even gained worldwide notoriety when he faced World Champion boxer Muhammad Ali to a “shoot fight”. Although it ended a travesty of micromanagement from Ali’s camp, it made Inoki an international wrestling star.

But as the territory wars picked up in the United States in the 1980s, as did it crossover in the East as well. All-Japan and NJPW would frequently sway each others top gaijin to switch promotions, in a battle that predated the Monday Night Wars of the Attitude Era in WWF and WCW. But NJPW would take a lead with it’s homegrown stars, in particular with one of Gotch’s students, Satoru Sayama. One of the great innovators in professional wrestling entirely, Sayama would become Legend as the original Tiger Mask. With Tiger Mask on the NJPW roster, New Japan legitimized the Junior Heavyweight division in Japan, who had previously only had success with large heavyweights or monster bruisers like Bruiser Brody, Stan Hansen, or Abdullah the Butcher. Sadly, Sayama would retire in 1984 (although he would resurface in Universal Wrestling Federation (UWF) alongside other New Japan wrestlers like Gran Hamada, Yoshiaki Fujiwara and Nobuhiko Takada, in the new promotion).

In 1987, Young Lions Cup winner “Flying” Fuji Yamada travelled to Canada to train with Stu Hart in Stampede Wrestling. New Japan and Stampede had a working agreement to loan each other young stars and train at each other’s camps. New Japan had seen Bret ‘Hitman’ Hart and The British Bulldogs come through previously. Yamada would return from Calgary with Owen Hart and a new name – as the masked marvel Jushin “Thunder” Liger. With a new IWGP Junior Heavyweight Championship created, names like Liger, Shiro Koshinaka, Hiro Hase, Owen Hart, and The Pegasus Kid (a masked Chris Benoit) flourished and the New Japan junior heavyweights became inspirations in Japan and around the world for those who didn’t have the height nor musculature of the 80s norm. 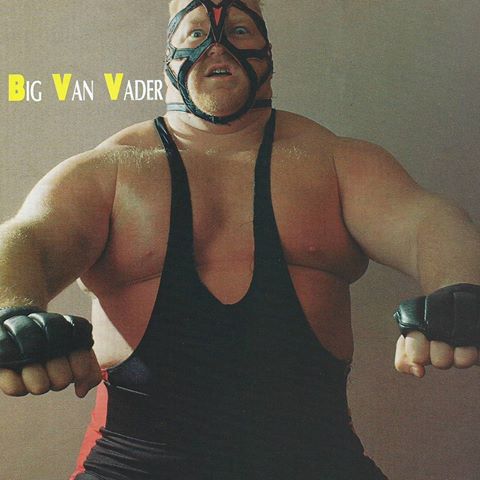 From 1985 to 1988, the UWF began to flounder and secretly allied once again with NJPW. This lead to an invasion angle where the disgruntled former New Japan students would invade New Japan to the shock of the audience. One such audience member was a young Eric Bischoff, who would later take the foundation of those angles to WCW where he birthed the New World Order (nWo). But while New Japan was building it’s Junior Heavyweight Division in the late 80s, they never forgot their love for the big men or the gaijin (foreigners). And with Big Van Vader, they got the best of both. Prior to heading to Japan, Vader was working as a young wrestler named Bull Power in the AWA. But on his arrival to NJPW in 1987, he was renamed Big Van Vader and pushed to the moon. He defeated Antonio Inoki in minutes, ultimately becoming a 3x IWGP Heavyweight Champion before heading to WCW in 1990.

In 1991, New Japan created it’s most prestigious tournament since the initial IWGP, when the G1 Climax was created. Today it’s considered one of the greatest singles tournaments in the world. By the mid-90s, New Japan’s popularity was fueled mainly by its Junior Heavyweight Division led by 11x IWGP Junior Heavyweight Champion Jushin Liger. In 1996, during their alliance with WCW, an nWo faction emerged in New Japan lead by New Japan legends Masa Chono and The Great Muta. The faction lasted for four years before dissolving.

As the 2000s began, Inoki became obsessed with the MMA boom and began to push for an increased presence of the Strong Style of New Japan, signing MMA fighters to New Japan and sending New Japan wrestlers into the world of MMA, like young star Shinsuke Nakamura. The new MMA-style didn’t sit well with some older New Japan stars, like Keiji Mutoh, who departed to join rival All-Japan instead. With falling attendance and finances slipping, Antonio Inoki sold his 51.5% controlling stock in New Japan to Japanese video game company Yuke’s, effectively leaving the promotion he’d founded and built. Yuke’s would own the company until 2012, where they sold their shares to gaming company Bushiroad (who had already acquired the rest previously). One of Yuke’s top moves was the rebranding of the January 4 Tokyo Dome event into Wrestle Kingdom, beginning in 2007, as well as shifting the focus on homegrown wrestlers, like emerging stars Shinsuke Nakamura and Hiroshi Tanahashi rather than relying on top American stars (like 2006’s failed experiment with former WWE Champion Brock Lesnar).

In 2014, New Japan entered a working alliance with Ring of Honor in the United States, which provided NJPW with a regular touring option to co-brand events in the United States, and in return provide a Japanese platform for ROH’s roster as well. This has lead to a string of co-events like Global Wars, War of the Worlds and Honor Rising, plus the creation of an IWGP United States Heavyweight Championship to help with their plans to host NJPW banner events in America in 2018, following a successful test to crown the US Champion this past year.

New Japan has a long and storied history, and a legacy that has influenced and touched the entire world of professional wrestling. But it’s the future that has people most excited. It’s on the verge of breaking out in North America like never before, with it’s gaijin rockstars in Bullet Club to it’s dominant IWGP Heavyweight Champion “The Rainmaker” Kazuchika Okada, to it’s vigilante scoundrel Tetsuya Naito. And with the recent announcement of former 6x WWE World Champion and future Hall of Famer Chris Jericho coming to Wrestle Kingdom 12, more and more eyes are tuning in to (or at least aware of) New Japan more than ever.

So get ready for next week, starting on Christmas Day right here at Last Word on Pro Wrestling, when we begin #NewJapanWeek – an entire weeks worth of articles, editorials, profiles and previews to help the New Japan newbies (or those who want to get on the bandwagon before Wrestle Kingdom 12) get up to speed as New Japan prepares for it’s biggest and most important January 4th show ever.

Miss a day of #NewJapanWeek? You can catch up below!

Jamie Greer joined LWOPW in 2015 and was the site's Managing Editor from 2016 through 2020. After handing over ME duties to Alex Richards, he remains a frequent contributor to the site. He's also written for Pro Wrestling Illustrated, WrestleZone, The Windsor Star, and other publications. He lives in Windsor, Ontario, Canada, with his wife and son.